When I decided to leave New York, I did short travels to Europe to understand where I should live next. I visited Berlin, Paris, London and Milan. Many friends, distant relatives and even strangers were so kind helping me as I moved around with a small suitcase, feeling like not only my body didn’t have a proper home, but also my mind. I wasn’t sure where to go so I just floated around. A stint at a nomadic life; sleeping on couches, in hostels and in Airbnbs. I wanted to give thanks to those people who demonstrated a care towards me during this difficult time – and thus, I created the concept of a thank-you drawing.

The drawings are of passion flowers. The first image of a passion flower that I created is in White Powder, White Stone when I first worked in Nove, Italy. I learned about this flower when I visited my grandmother’s home in Breganze and saw a climbing vine on the outer brick wall, and there laid strange white and purple flowers. “Passiflora” my uncle told me, and so when I got back to the studio I researched more. The native Americans used the Passiflora, or Passion flower as named in English for medicinal and culinary purposes. The Aztecs and the Incas relied on this flower as a sedative to battle insomnia. The flower even became part of a story connecting colonization and the Catholic religion. It was the Conquistadors from Spain who invaded Central and South America who basically re-branded this plant. They saw the petals and sepals to represent the 10 disciples, the 3 stigma to represent the nails on the cross, the 5 anthers to be the wounds of Christ, and the corona filaments were thought to represent the crown of thorns. The Christian narrative took this plant that has been part of the indigenous cultures and projected their symbology on to it. Such is colonization, and such is something that should be spoken about and understood.

As I traveled to these other countries I read about their histories, the colonizations that occurred, and saw that being born in Canada – a country colonized by both France and Britain – brought an awareness of first peoples around the world. I believe we should have the social responsibility to show gratitude and respect to the cultures and practices of first peoples that have existed for centuries before us and not let their cultures be erased. I believe that by showing this respect and speaking about this issue I help to dismantle ongoing legacies of settler colonialism. These passion flower drawings put into awareness that one can be at home in another country, but should make a point to understand and respect those who came before them.

I draw and paint many passion flowers and mail them to those I am grateful to located around the world. During my last year at Columbia University, I painted a large colorful passionflower on navy blue cashmere that I brought back from Italy. On my last day, the day of my graduation I even created a passion flower that existed merely for a few minutes. I spent hours cleaning and repainting the studio space for the new artist to enter that September. Before leaving through the door, I dropped my things, took out a piece of charcoal and sketched a large passion flower on the wall. It was my way of saying thank you to that space that served me during my last year of graduate studies. I stepped back, looked at it for a few minutes, took a few pictures, then reached for pale of white paint, and painted over it and left. 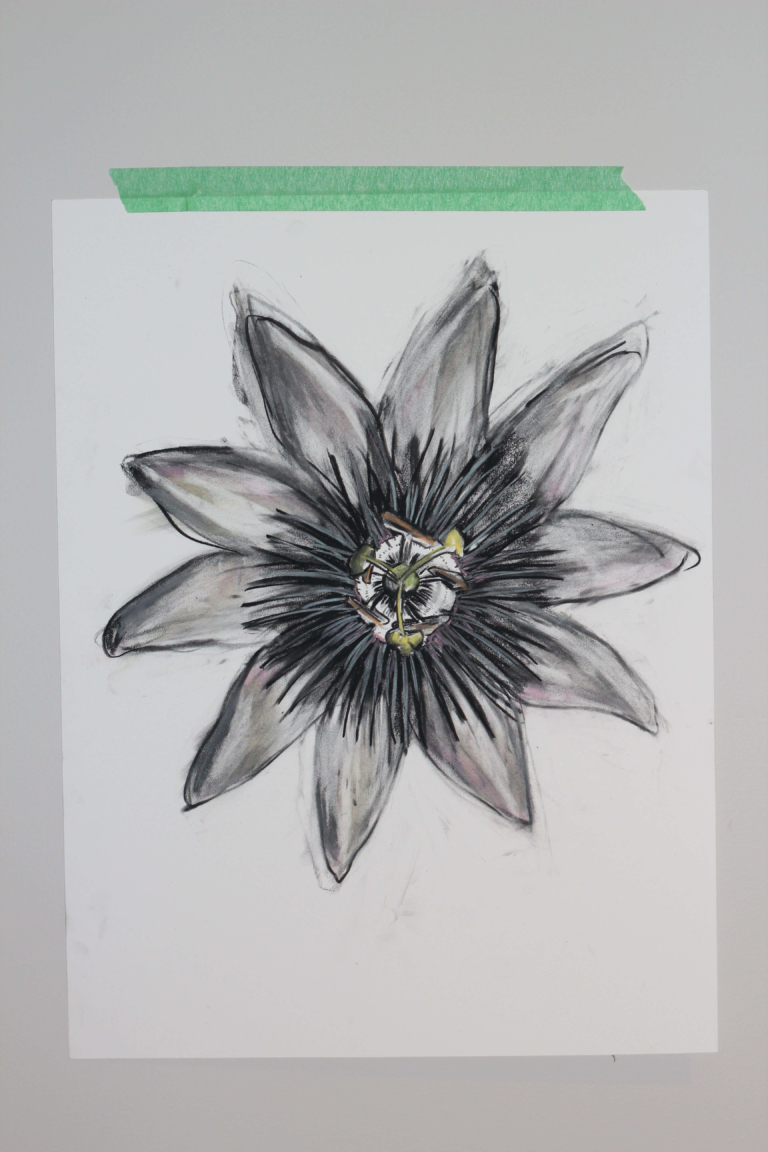 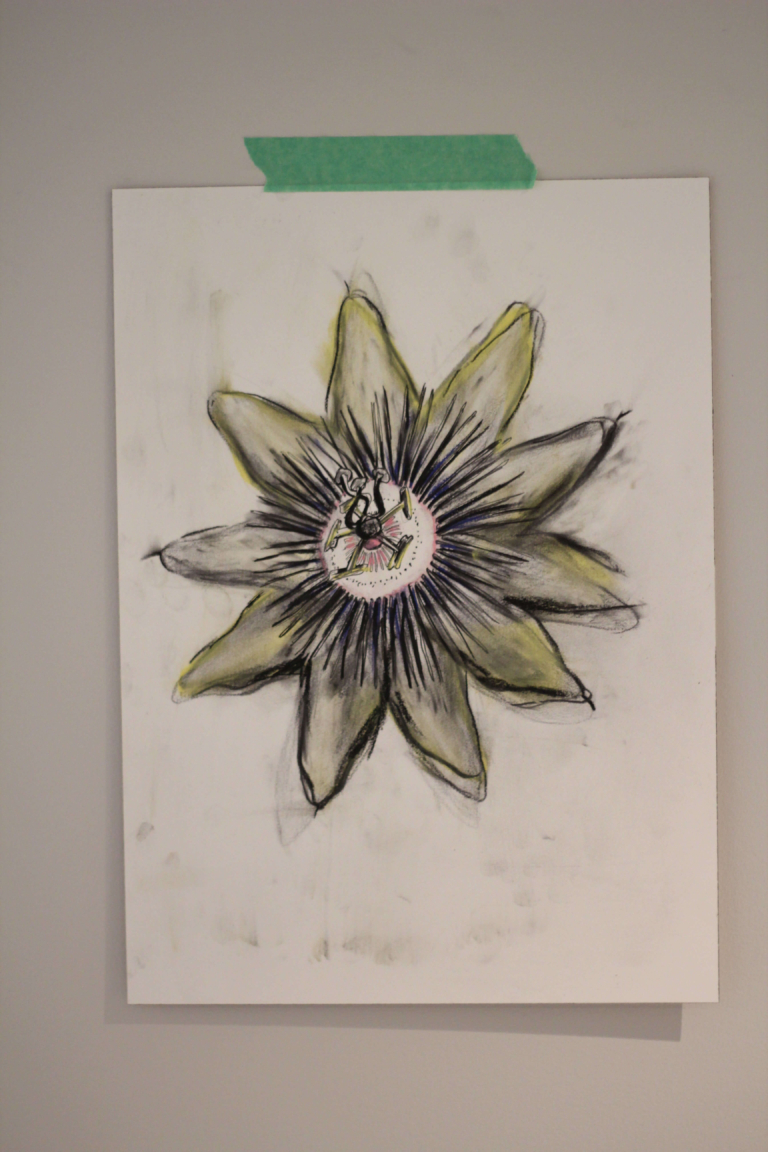 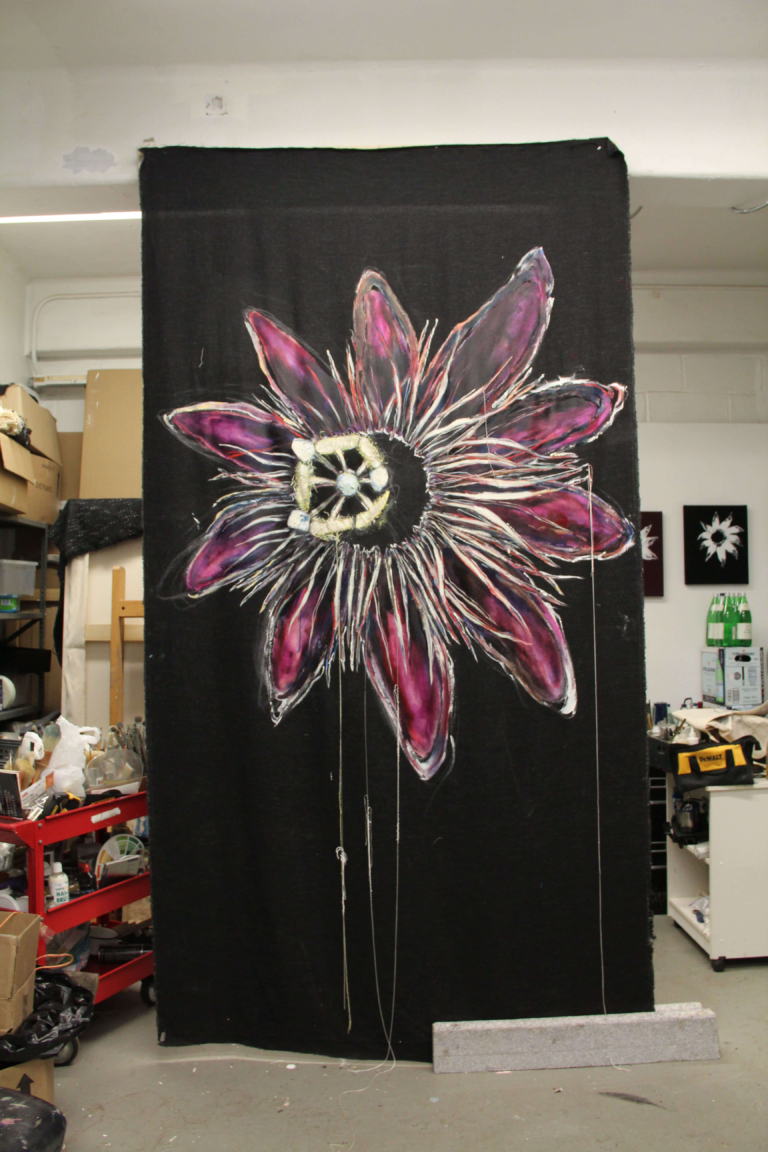 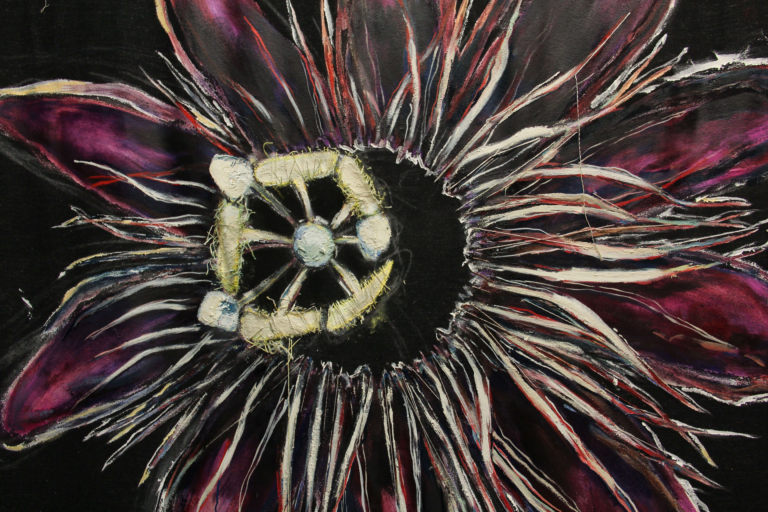 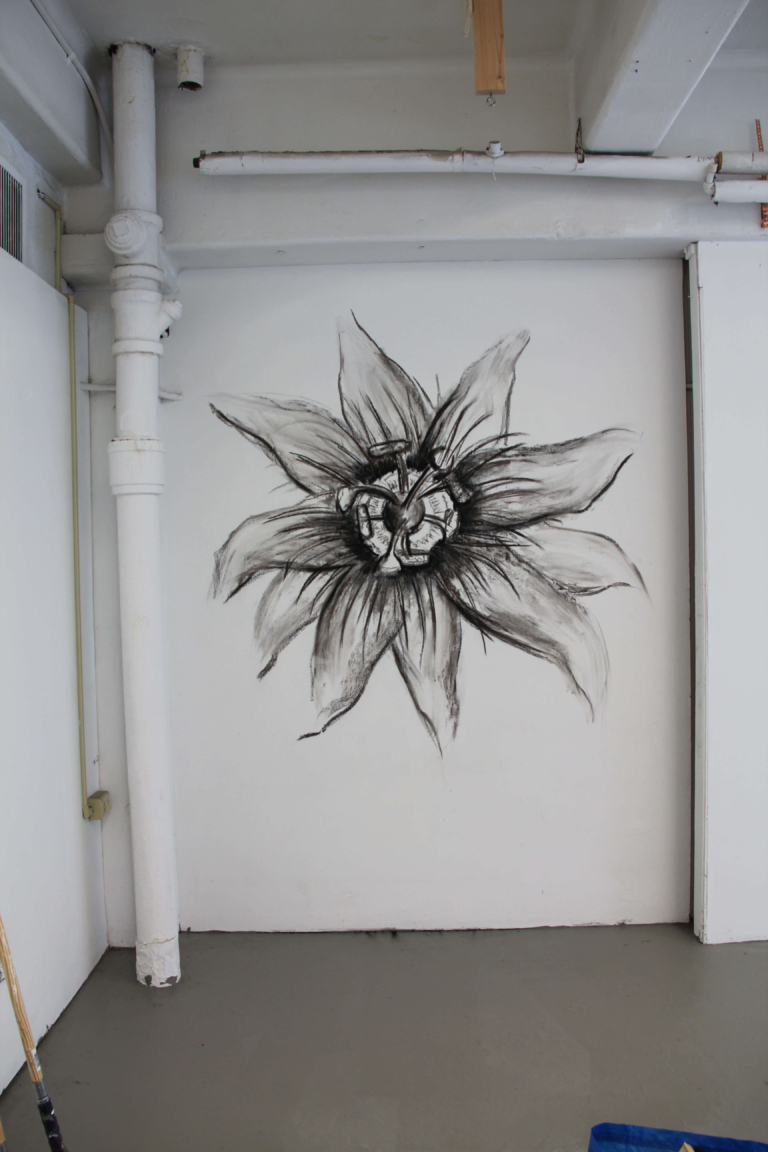 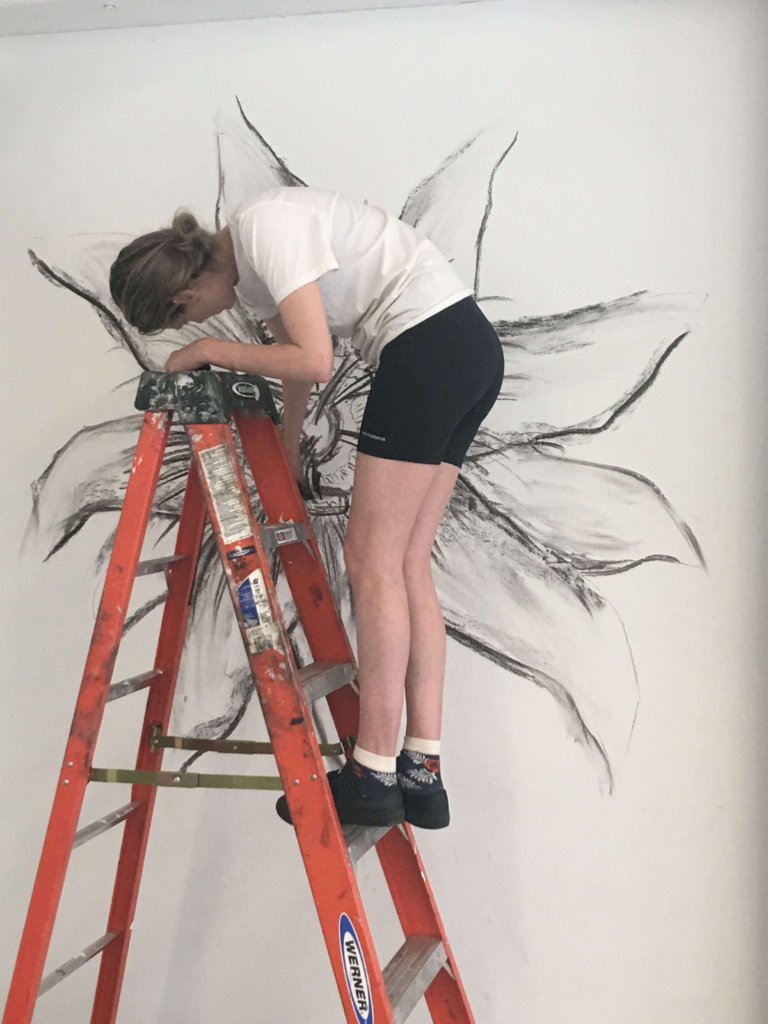