In 2018, a series of events prompted me to realize that I could no longer stay in New York. The city, in its own haphazard way, had said its goodbyes. But I wasn’t sure where to go next, what path to follow. I know people who look almost religiously to the tarot deck for wisdom. I have never been that person, but I do see the cards—like any form of projection—as a means of clarifying subconscious feelings. And, in that moment of crisis and change, I thought that an extra opinion couldn’t hurt.

I saw five readers, all of whom pulled the same two cards: the Tower and the Fool. 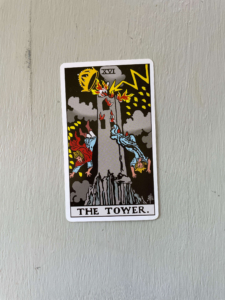 The Tower – In most decks, the Tower is captured amidst a whirling storm, crest aflame from a bolt of lightning that still splits the air. It is a symbol of warring Apolloinian and Dionysian forces, the futile attempt by man to tame the accidents and fortunes of nature. It also suggests the fortifications of ideology and well-worn modes of thinking that prevent us from seeing truth or attaining our own personal enlightenment, whatever form that might take. In its destruction, my readers saw the collapse of the life I had built for myself. In order to build the life I dreamt of, I would need to let go of the one that I had.

The Fool— Most often depicted as male, but here captured as a woman—is a wanderer, so-called because she has no goal nor direction. Her path is that which she finds beneath her feet. She is unseeing, because her gaze is directed inward to some truth that exists only inside herself. In some depictions, she stands on a cliff edge, striding gaily forward as if on the brink of leaping into the unknown. My readers advised that I too had to be willing to humble myself, put myself in a position of knowing nothing in order to learn.

Following the cards, I moved to Italy—a country where I didn’t speak the language—to learn ceramics—a medium with which I was only slightly familiar. The journey has been difficult at times, but, like The Fool, I have suspended my disbelief and trusted in fate to find my way. Looking back on those prophetic signs, I re-designed these cards to capture elements of the road I have taken since, illustrating a tower with sculptures from the Brick Block Tick Tock series or capturing myself as the fool, with my dog Artemisia as my loyal companion, against a backdrop of the Bassano del Grappa and Nove’s hills and the Brenta River.

Footage from making the etchings of ‘La Matta’ and ‘La Torre’ at Stamperia Busato in Vicenza, Italy. Opened in 1946, this stamperia is still family-owned and operated, currently being run by third-generation printer Giancarlo Busato.

Chani Nicholas, a Toronto born, LA-Based astrologer, who makes astrology incredibly accessible. Her readings and weekly updates on the app called CHANI have been very helpful. 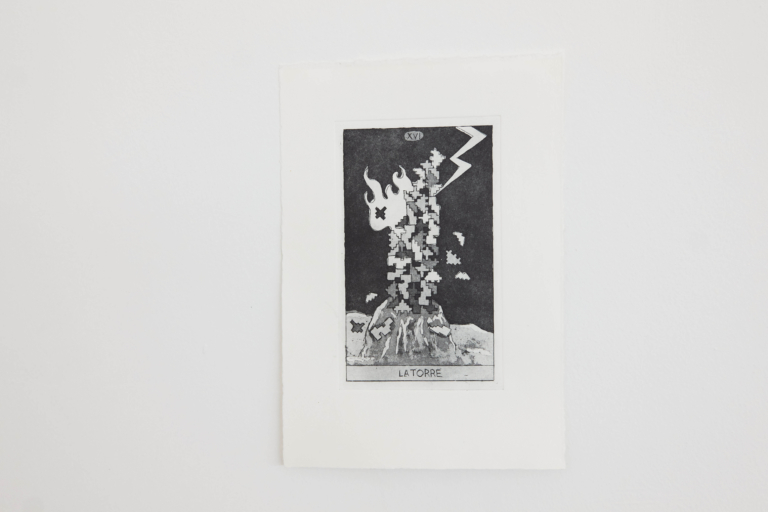 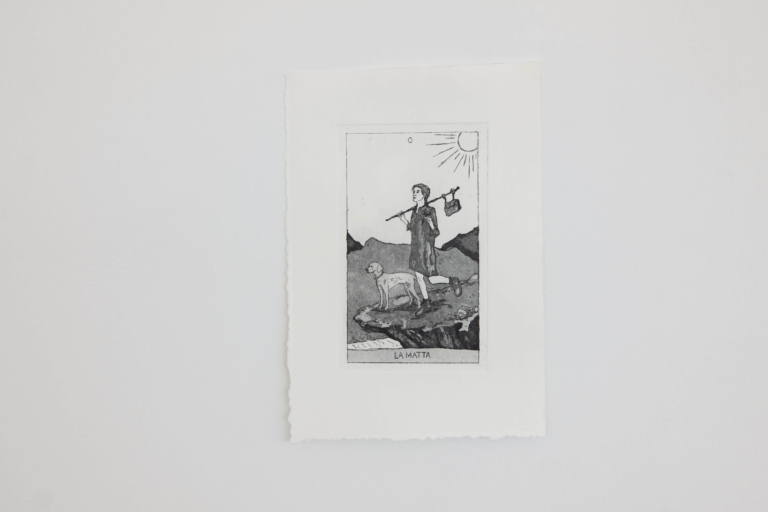 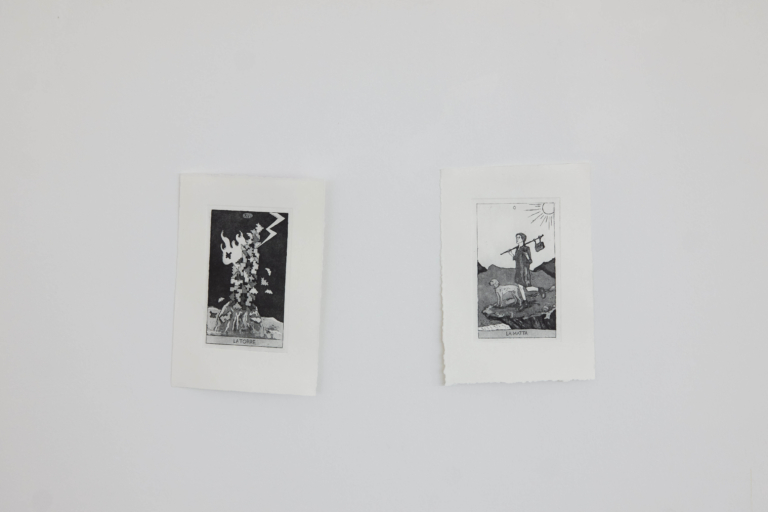 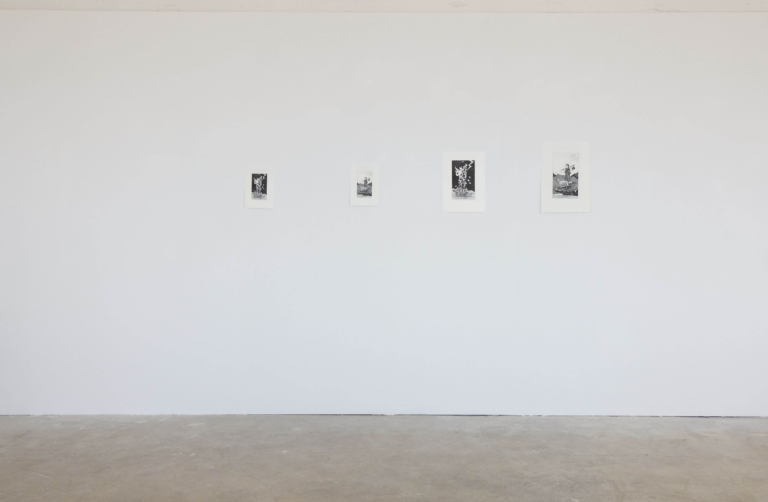 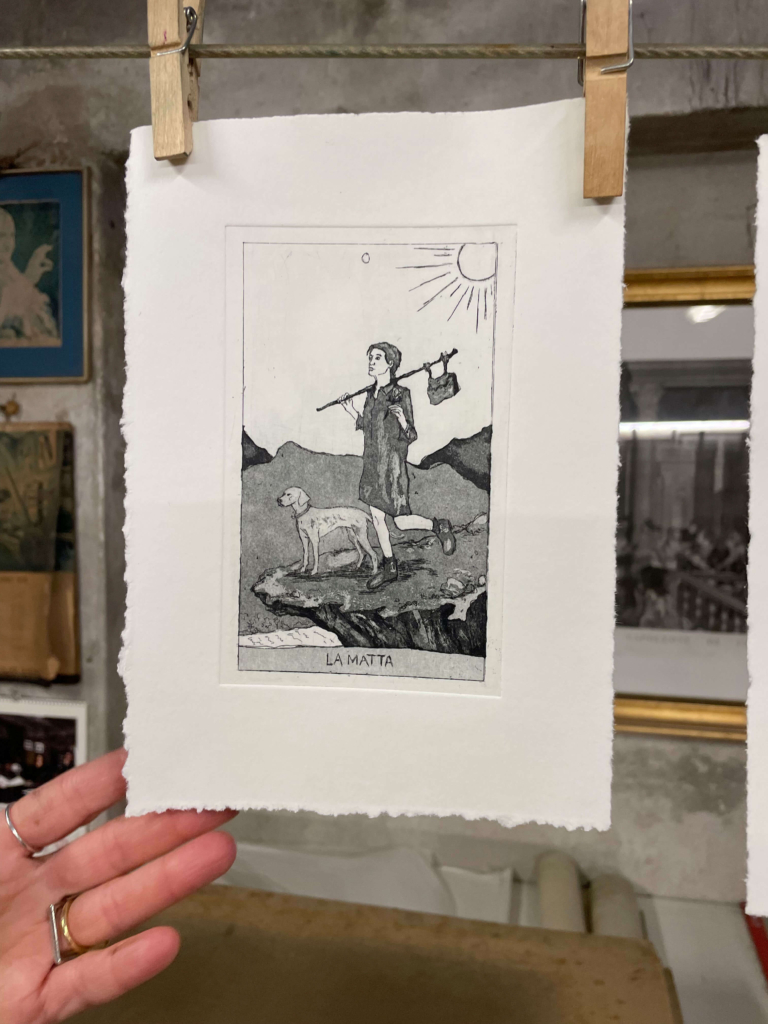 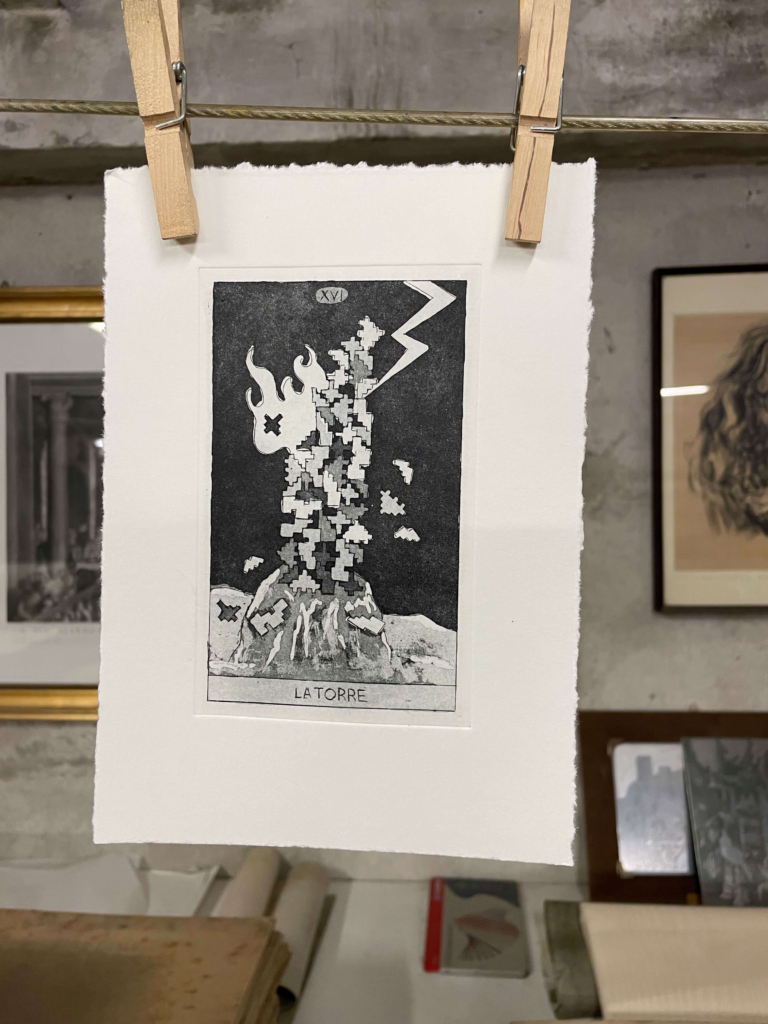