I have been called “Bitch” too many times in my life—often by men who owed me their respect or even their support. It took me a long time to realize that these forms of verbal abuse were not about me at all, but about the fact that I had questioned, challenged, outsmarted, or spoken back to a man. Their pride had been hurt—so they decided to hurt me. This video work documents my process of unlearning years of internalized insults, of recognizing my own power and resolving that I won’t let anyone take it away.

In an empty, white-walled room, I walk up to a blackboard with a piece of chalk in my hand. On the vacant, black surface, I write the words, “You’re a bitch.” I stand back a moment, as though considering the words I have just written. Then I erase the sentence. I write it again. Erase. I repeat this series of actions, writing then erasing the same phrase repeatedly, until there is no chalk left. I get another piece of chalk. This time, I write, “You’re wise.” I write this phrase again and again, allowing the board to fill up with the words. I write until there are only slivers of blank space in a sea of chalky marks. I consider this piece both a video work and an event score, one which I invite others to perform publicly or privately. 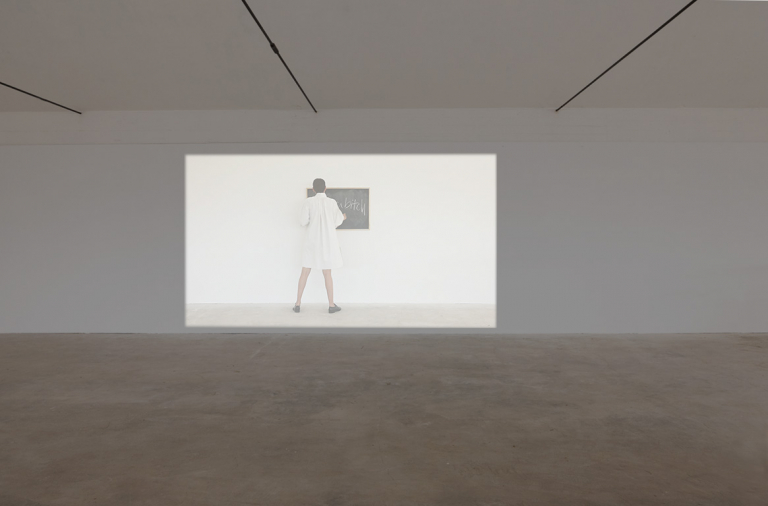 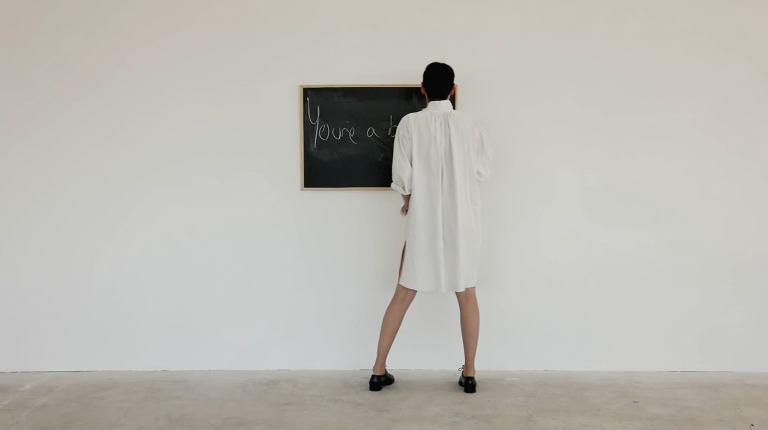 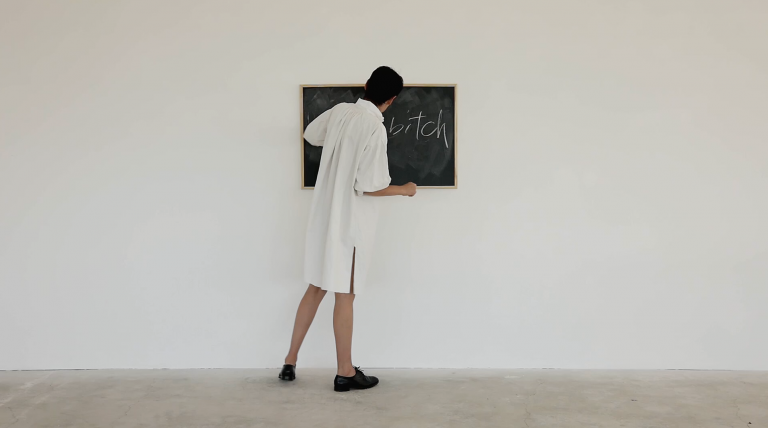 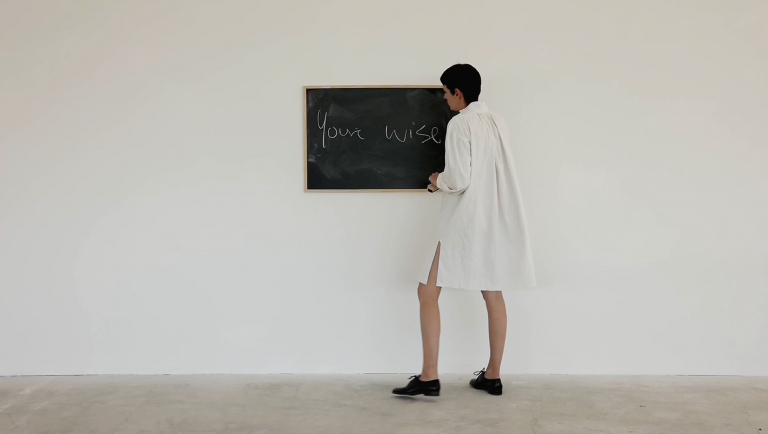