China first produced silk in 3000 BCE. Extremely light, it was easy to transport long distances, while its rich quality and high cost made it the ideal basis for monetary value, used frequently as an alternative to state-issued coinage.The Chinese government used textiles as a form of currency permissible in the payment of taxes or in purchase of goods during the pre-Qin period before 221 BCE, after the fall of the Han dynasty in 220 CE, and again during the Tang dynasty which ran from 618 to 907 CE—periods which coincided with the creation and continuation of the Silk Road.

Established circa 200 BCE and in use until the 15th century CE, the Silk Road connected Afro-Eurasian cities and cultures as far-reaching and diverse as Byzantium, Beijing, Samarkand, and Timbuktu. Journeying the 4,000 miles of the route, merchants and nomads would travel in caravans of camels and horses loaded with exotic goods. Bypassing traditional geo-political borders, the Silk Road permitted the circulation not only of commodities, but also of knowledge, technology, medicine, and religious beliefs, fundamentally rewriting world history as one of “‘open’ empires instead of isolated civilizations.”

In Mirroring, I compare the cultural abundance of this historical route with our contemporary context of consumption and alienation. Placing luxurious textiles, such as cashmere and silk, in direct contrast with cardboard substrates, I simultaneously suggest the contemporary ease of exchange, while also implicating the estrangement latent in receiving commodities in a way that requires no human-to-human interaction. In the historical Silk Road, the flow of products was fundamentally linked to the movement of people. In today’s post-Fordist society, trade does not facilitate the expansion of mutual understanding by diverse peoples, merely the codependence and empowerment of nations vying for dominance.The market is merely capital without social benefit.

In this series of works, the cloth shapes take on the forms of horses. On the Silk Road, textiles could buy traders well-bred Mongolian or Tibetan horses—first domesticated circa 3700 BCE in Central Asia—which were so essential to traversing the long path from East to West. As herbivores that were historically preyed upon by humans, mountain lions, wild dogs, and bears, horses intuitively read and respond to the embodied, nonverbal cues of other animals in their environment. Horses readily match human emotions and, in so doing, can offer a rider insight into her own emotional state. It is often said that the horse becomes a mirror of the rider, the unconscious mind exposed through the horse’s behavior.

I understand consumption today as an undiagnosed attempt to fill the void created by contemporary isolation.

We seek happiness in material goods rather than in relationships, actions, or personal growth. However, the means by which we receive these objects—without needing to enter a space of encounter, delivered anonymously to our doorsteps—merely exacerbates the problem. As included in these works, the form of the horses is intended to prompt circumspection and self-reflection, considering the origins of our current market and envisioning what a better future would entail. 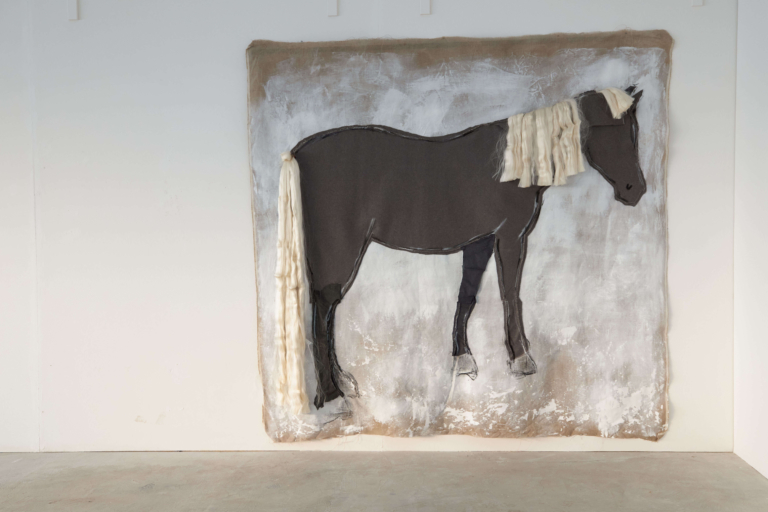 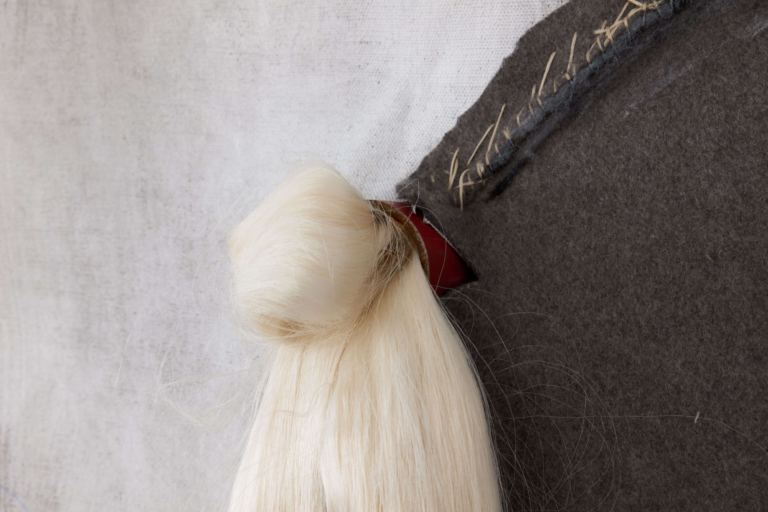 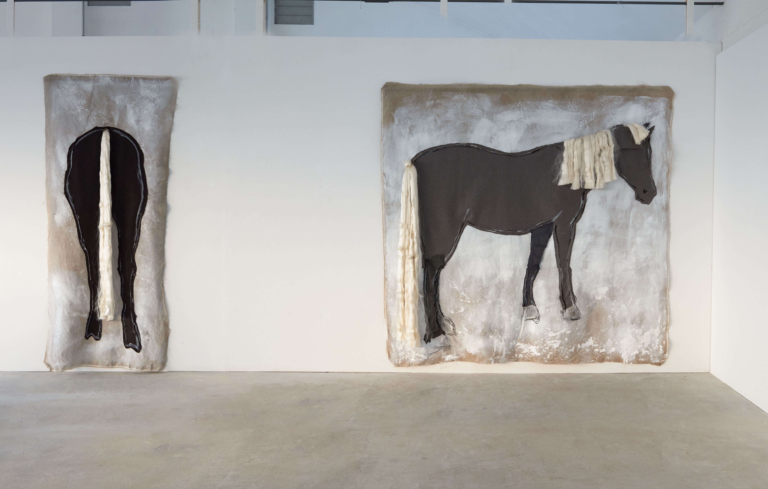 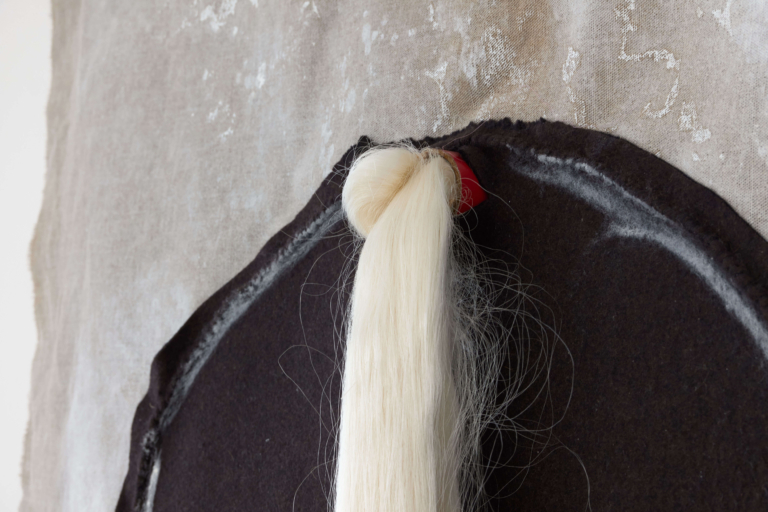 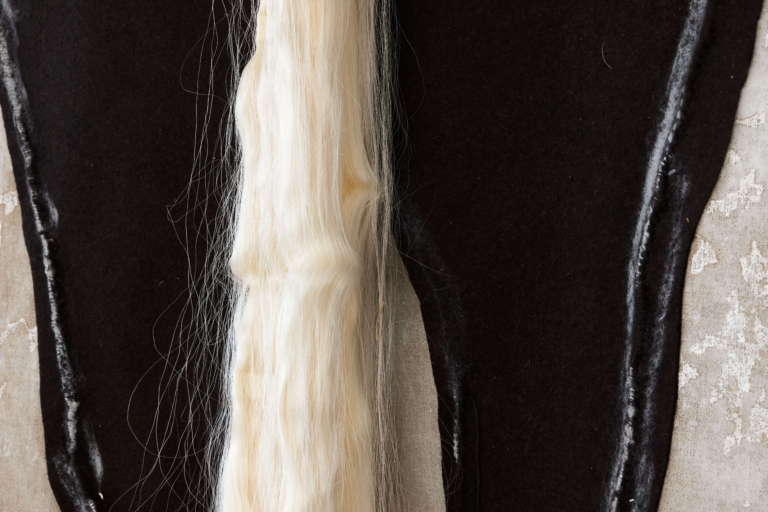 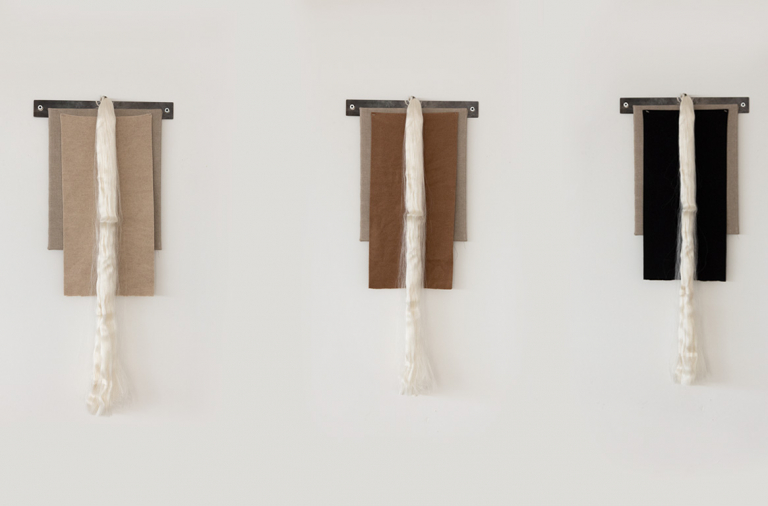 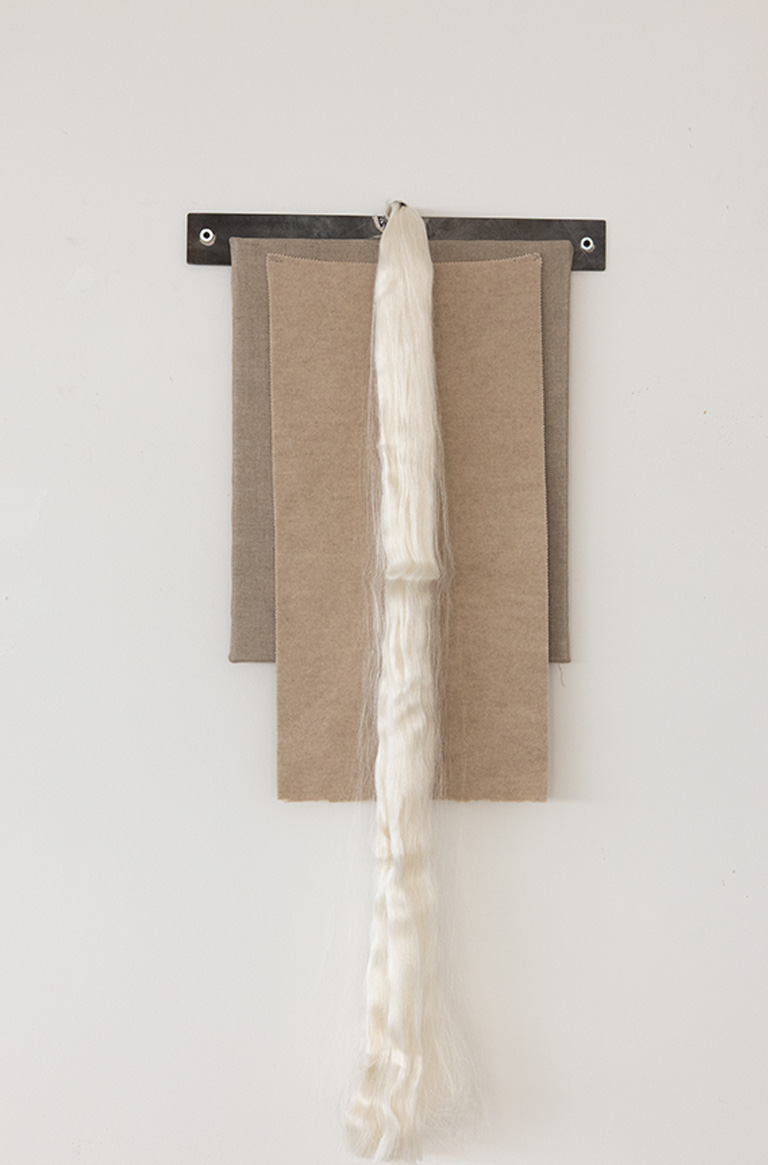 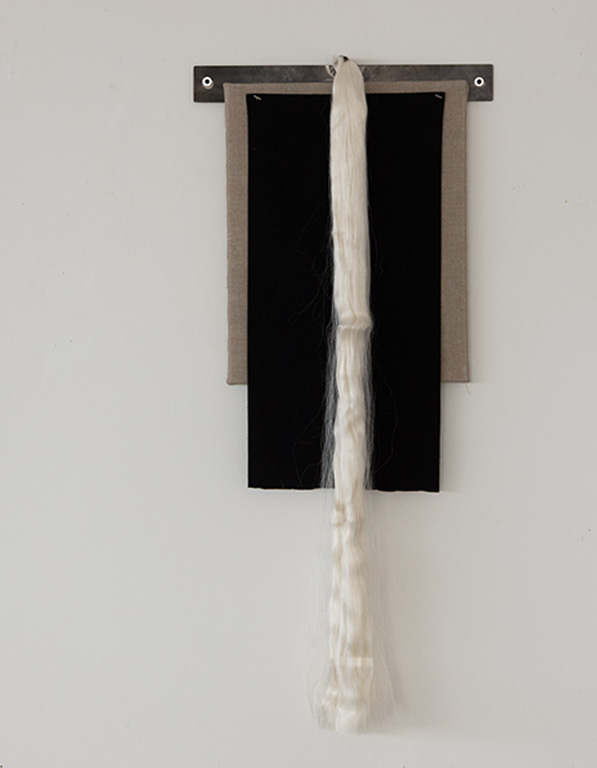 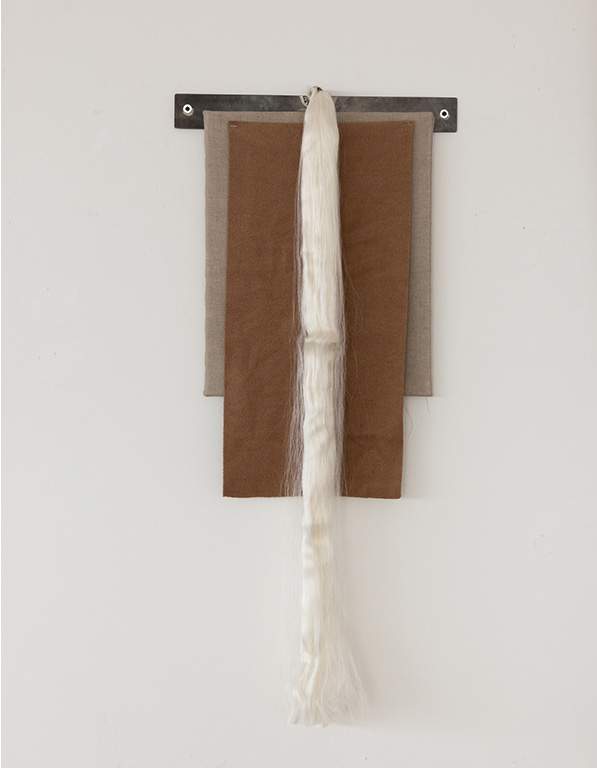 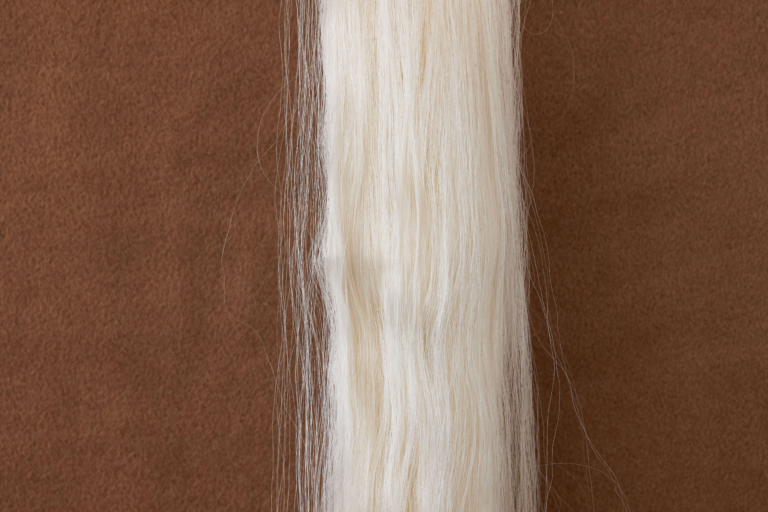 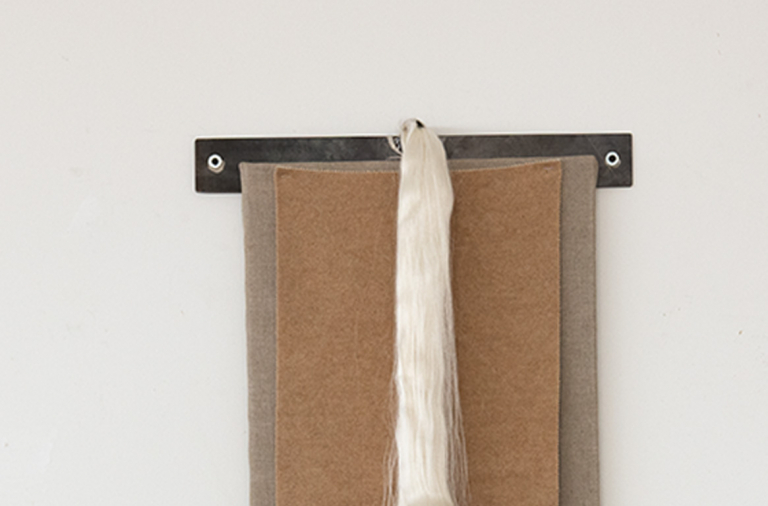 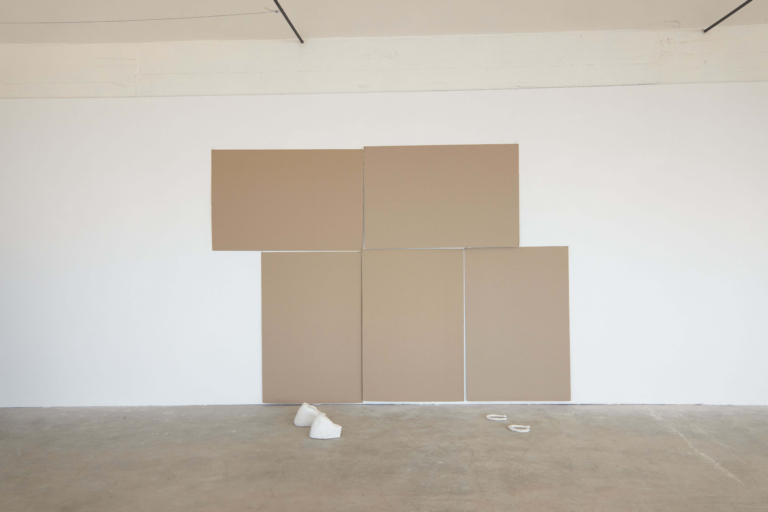 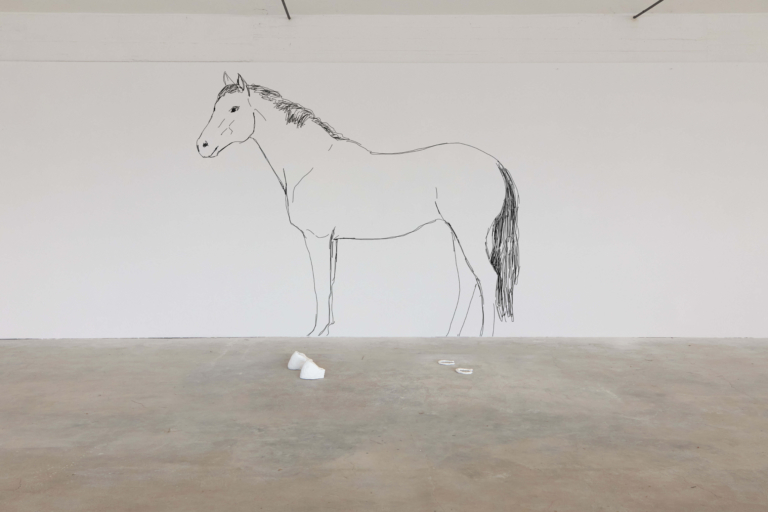 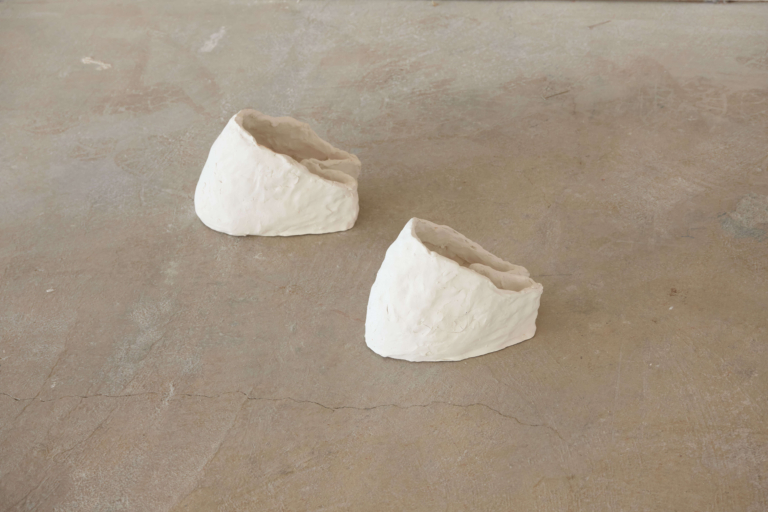 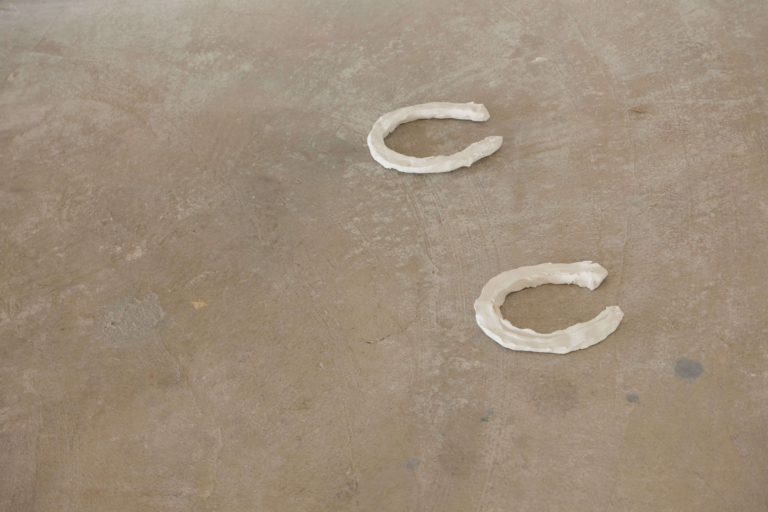 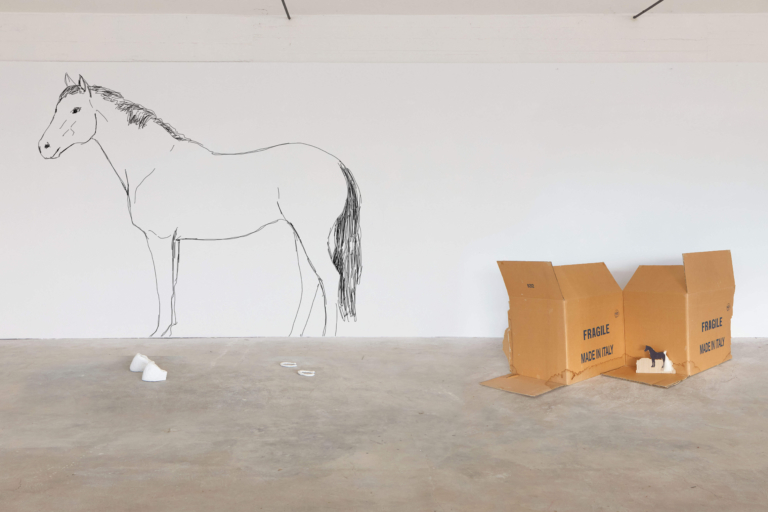 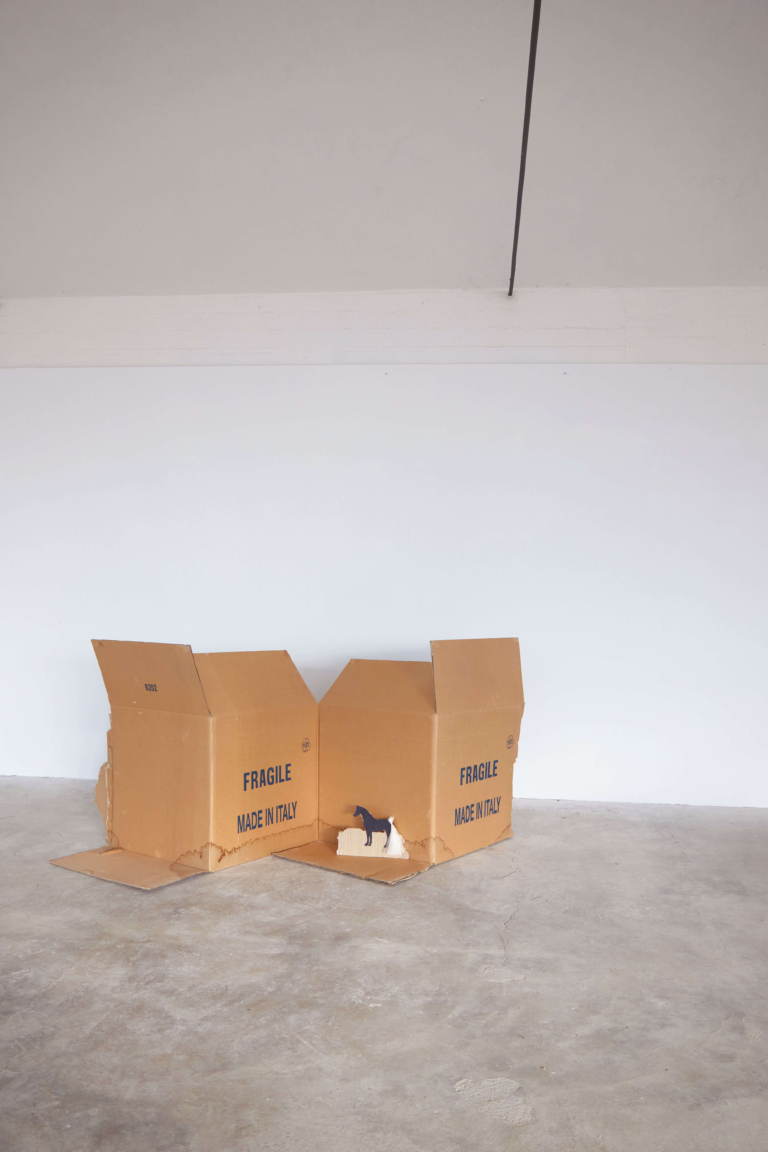 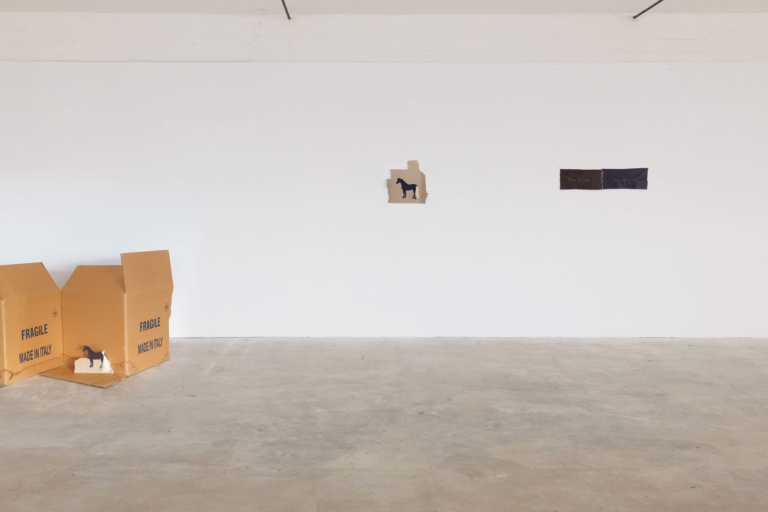 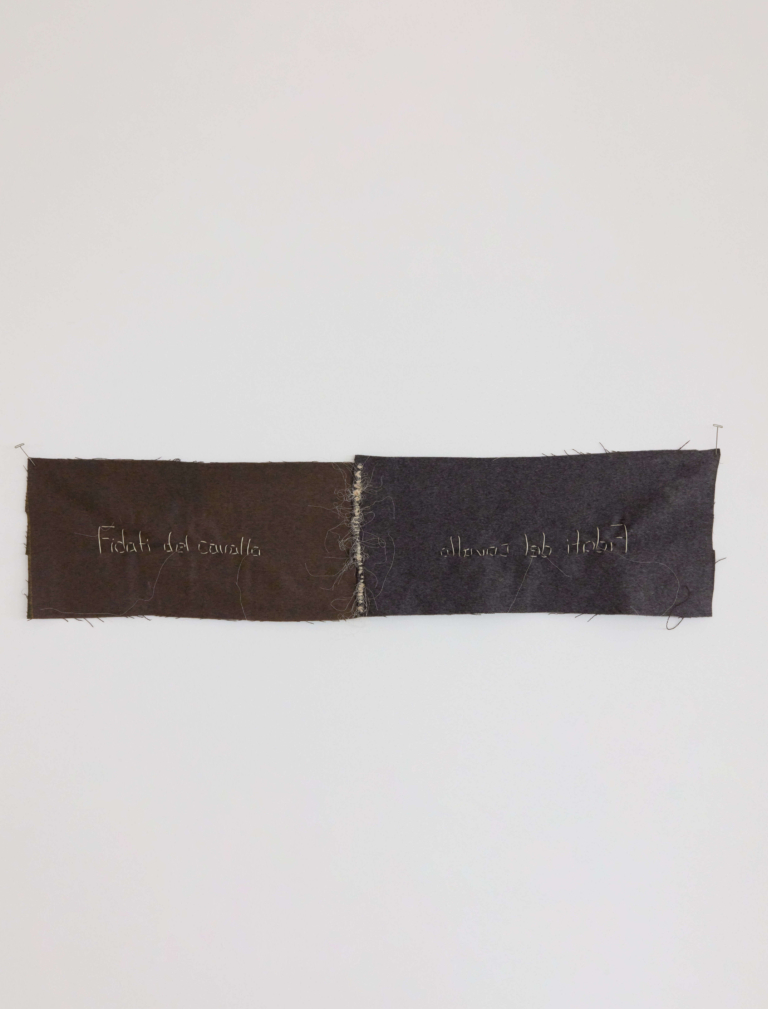 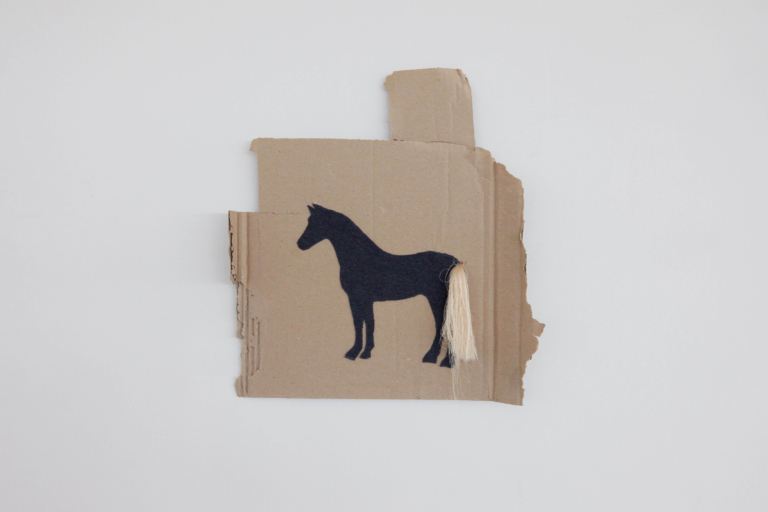 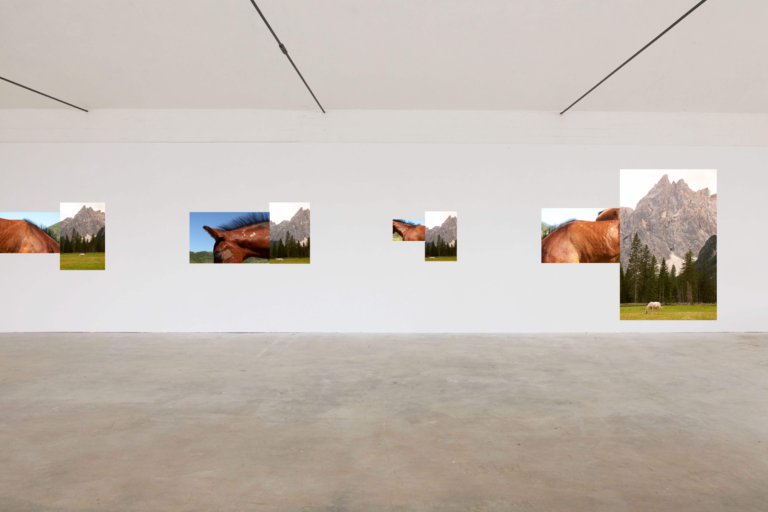 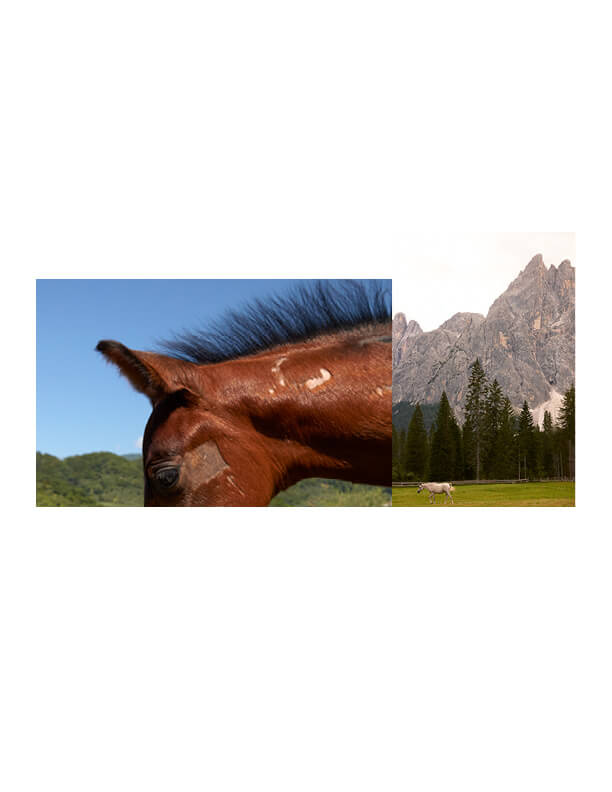 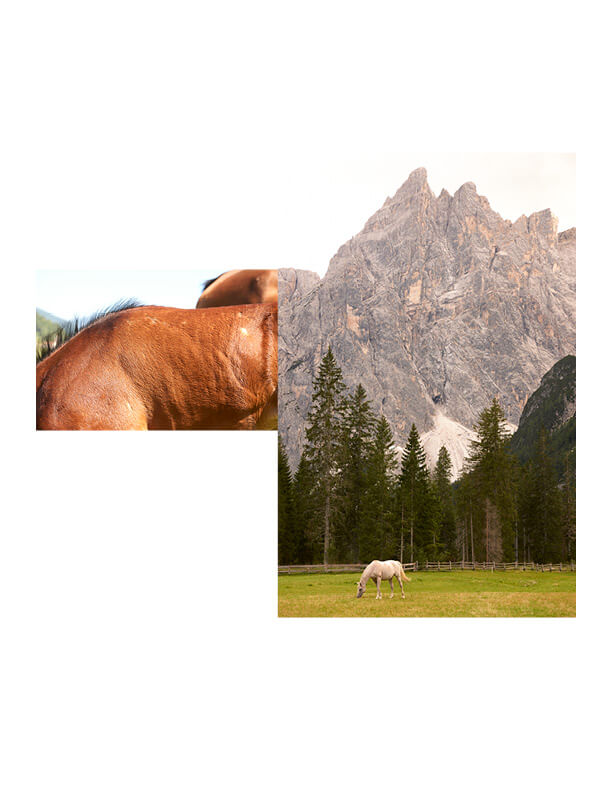 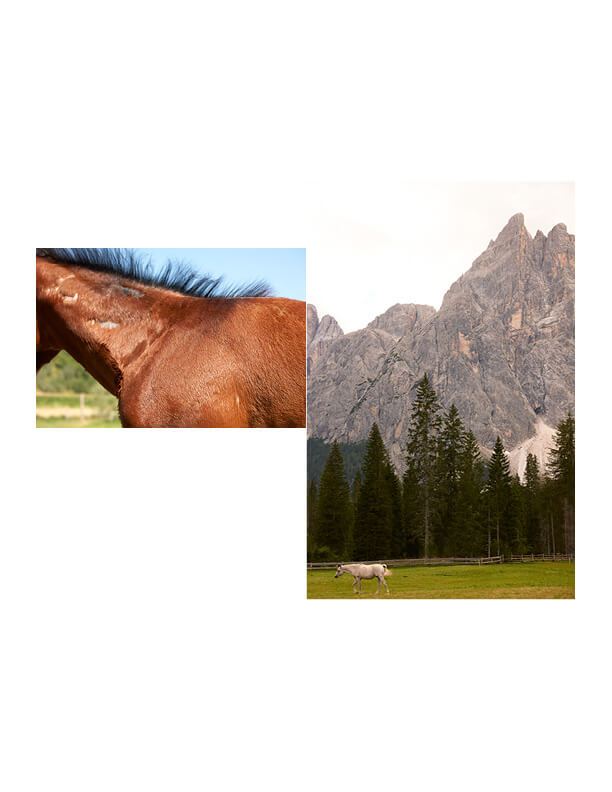 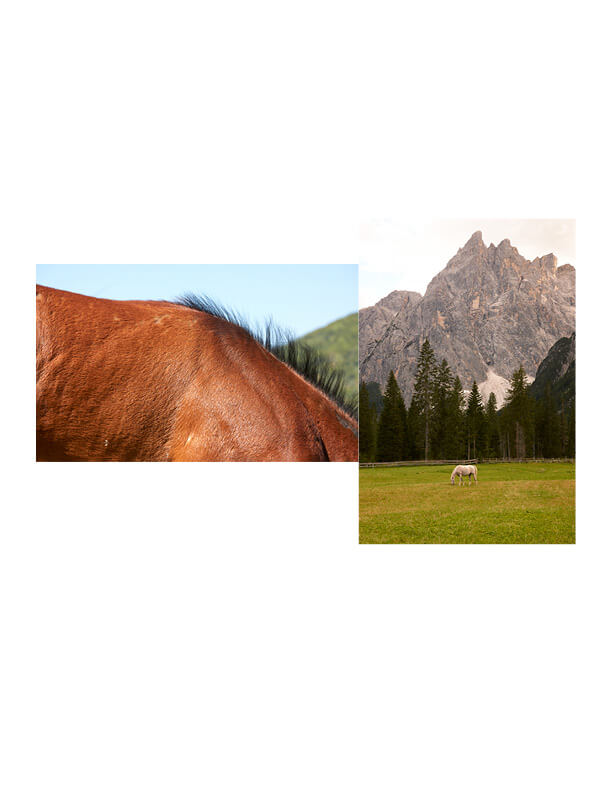 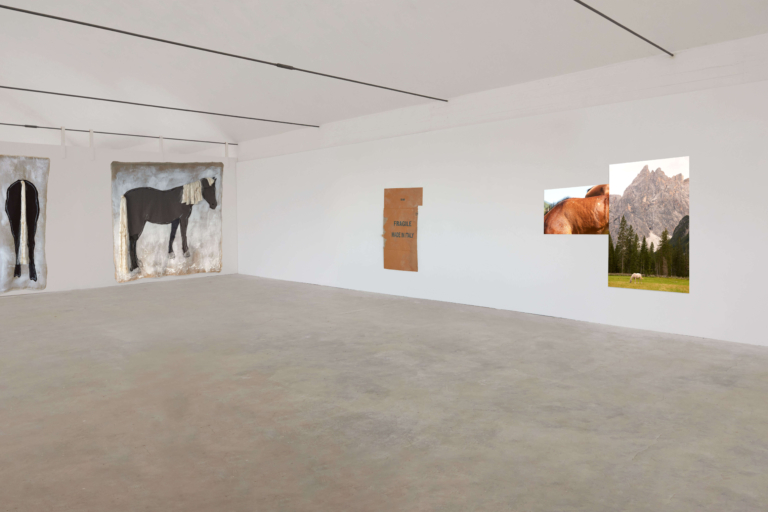 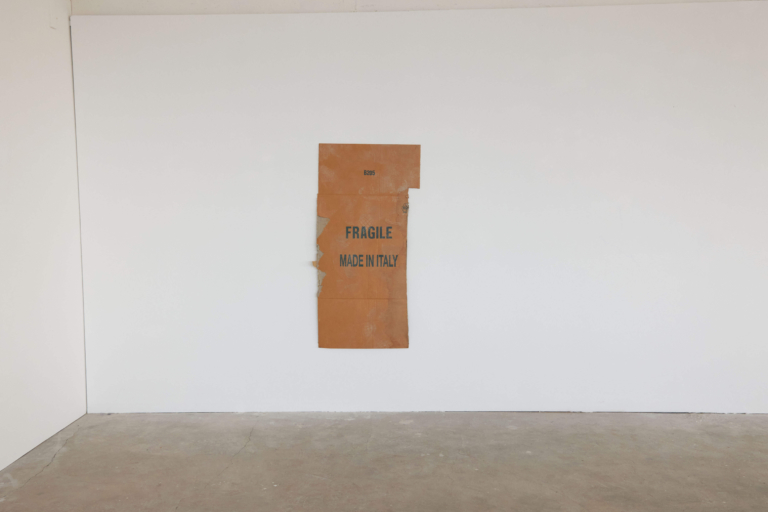 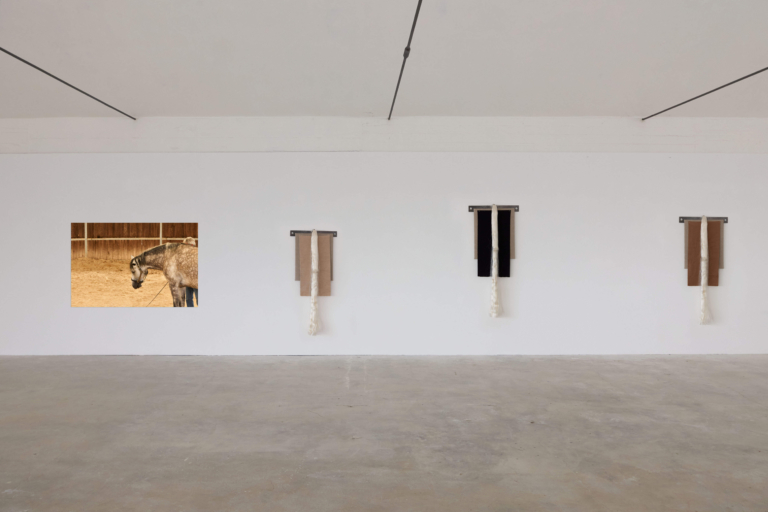 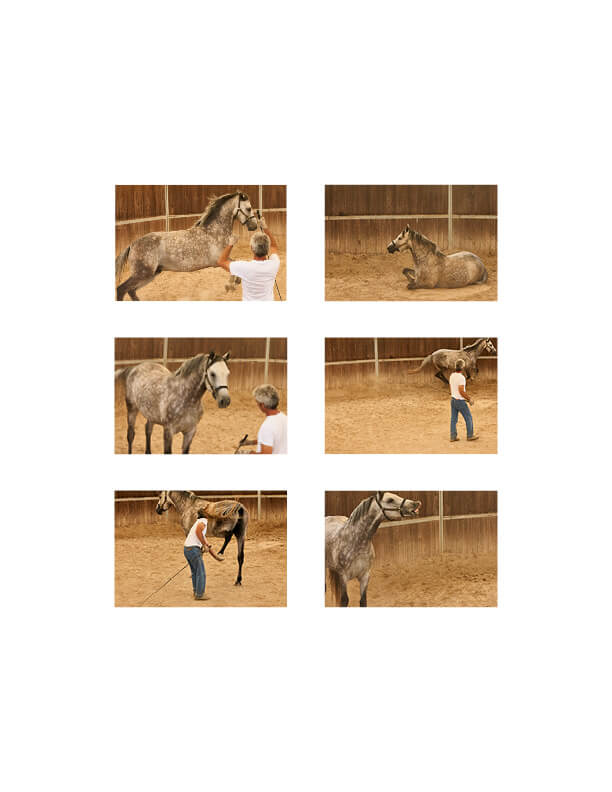 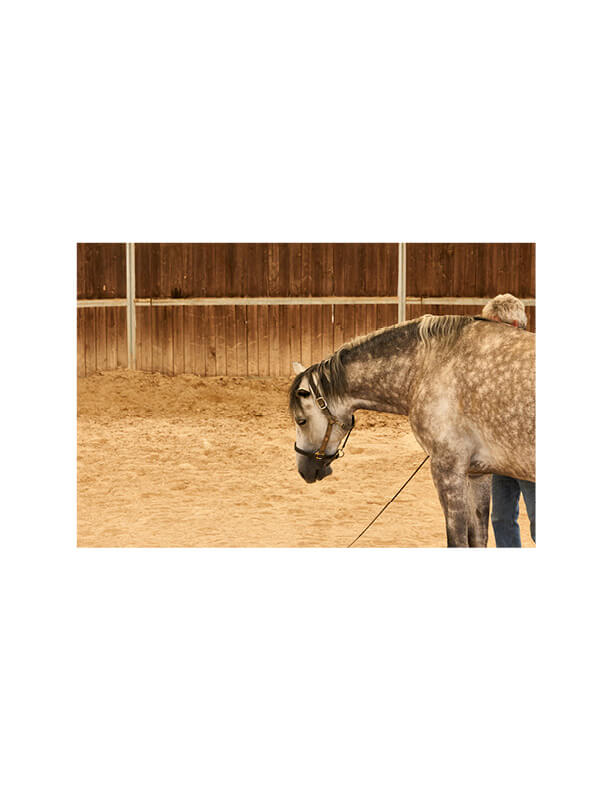