I was born at 12:27am, on August 17th 1986. Wrapped in a pink blanket, I remained with my mother in the hospital for several days. On a bedside table, stood a ceramic figurine of Walt Disney’s Cinderella, my father’s first gift to me. As I grew and began to understand her dancing, musical silhouette as an icon of femininity, I couldn’t help but notice how this portrait of the heroine benefitted men rather than the woman purportedly at the story’s center. In Disney’s rendering, Cinderella was a walking doll with huge, child-like eyes and a tiny waist. She was demure, obedient, and decorative. She bought her freedom by donning the fancy dress and marrying the prince. I don’t think that my father saw this when he gave me this gift. He didn’t intend his actions to be repressive even if he was suggesting a model for my own character. I was his princess—and, as such, I was loved for being small and disempowered. I tried to see past these aspects of the Disney figurine and looked for the saving graces in Cinderella’s story: her resourcefulness and hard work, her love of animals, and her ability to find magic in the mundane. Her story taught me that my imagination was endless and that I could create my own world.

But none of these lessons were encoded in that small ceramic figure. I began to understand how my body was similarly interpreted—that being a girl meant that I was supposed to play house and take care of dolls, games of make-believe meant to coach the reality of my later life. But I wasn’t interested in that type of play. I wanted to construct cities for my toy dinosaurs with Legos and train sets, hide out in pillow forts, or dig in the dirt for buried treasure. As I grew older, I became an aficionado of strategy games like chess or battleship. As much as my parents tried to push me to be “one of the girls,” I rebelled. I often felt alienated by my family and their different ideas about who I should be and how I should act. Sometimes, I would imagine the story of my birth and childhood as though I really were some otherworldly creature, made of fundamentally different stuff.

Playing upon stereotypes of boy and girlhood, I have recreated these different playthings from my childhood as ceramic forms sapped of color. On a simple, rectangular surface, Cinderella terrorizes a broken landscape of Legos and model train tracks. In a video work, I crush this replica of the Cinderella figurine, a final attempt to exorcize the conventions that it upholds. Elsewhere, a fragment of stone—like the alien child I felt myself to be—is swaddled in tresses of silk. Wall-based photographs and fabric hangings thematize color-based gender stereotypes, reflecting upon the pinks and blues worn by Cinderella in the Disney movie, as well as upon the contemporary Italian practice of celebrating the birth of a new child by decorating homes with extravagant ribbons in either pink or blue. 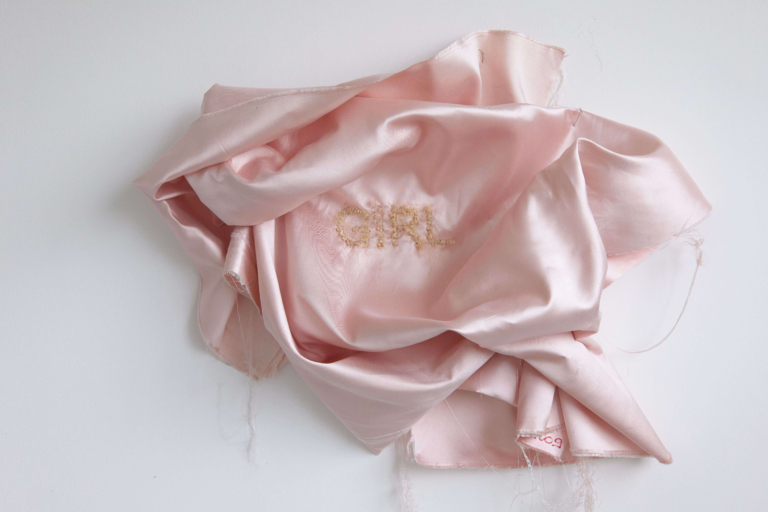 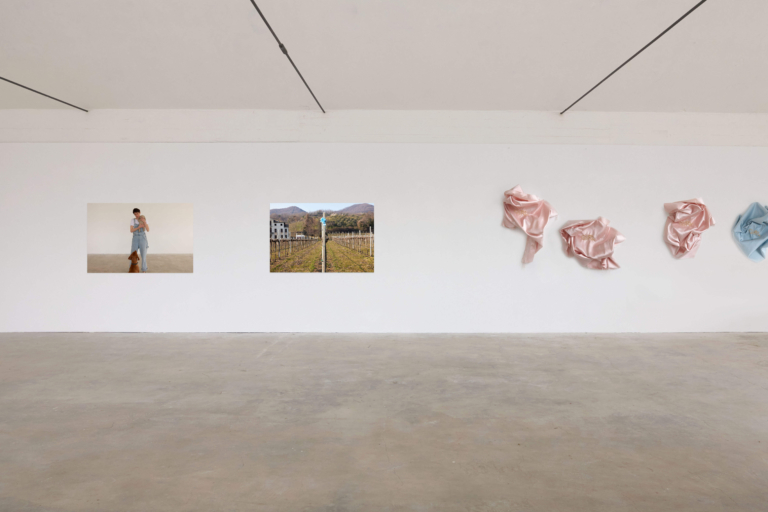 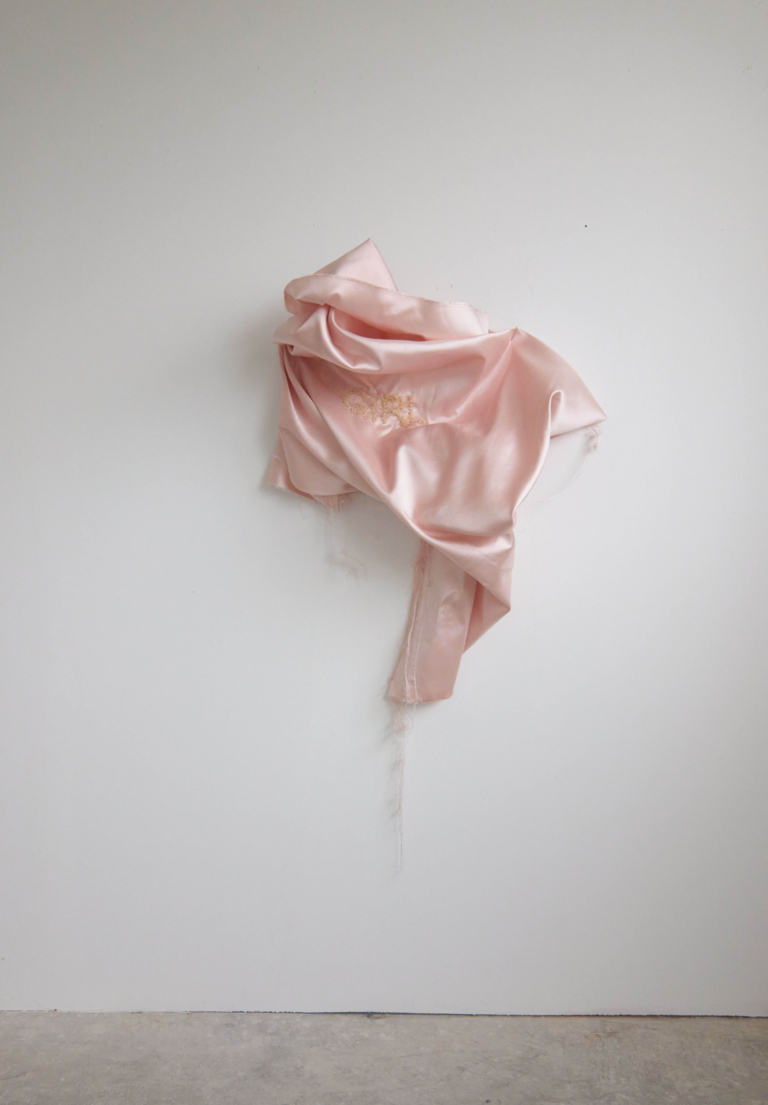 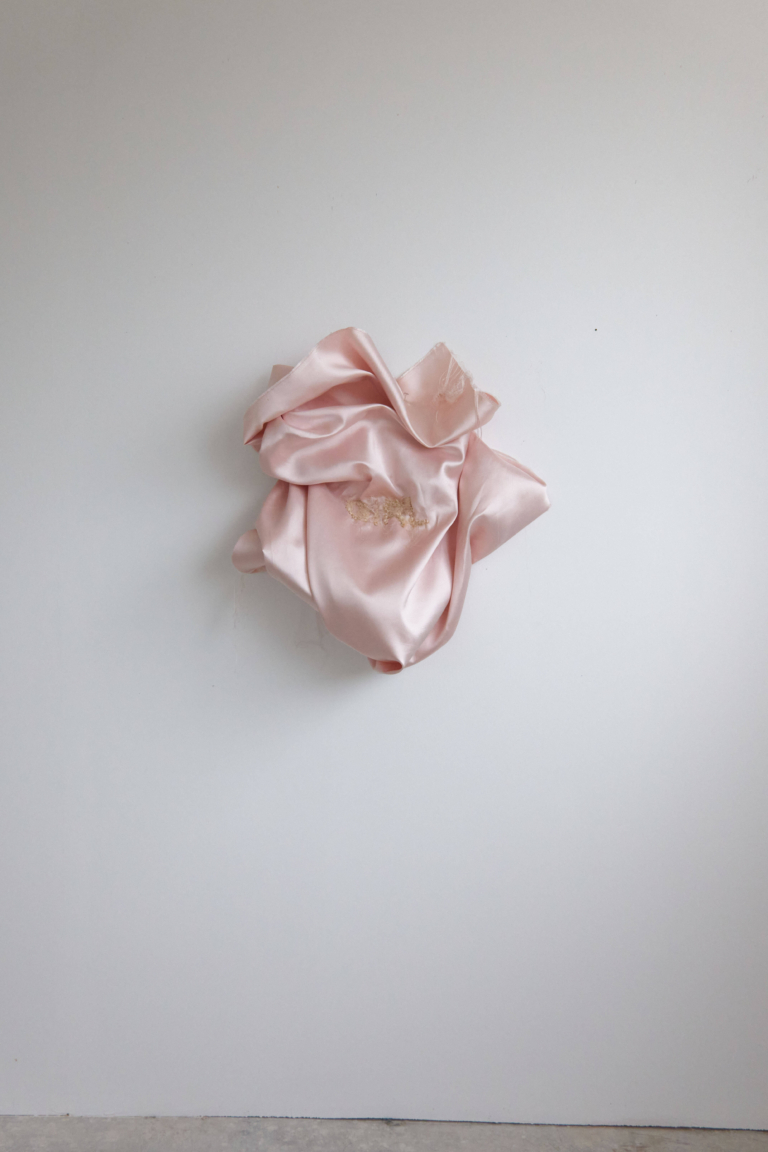 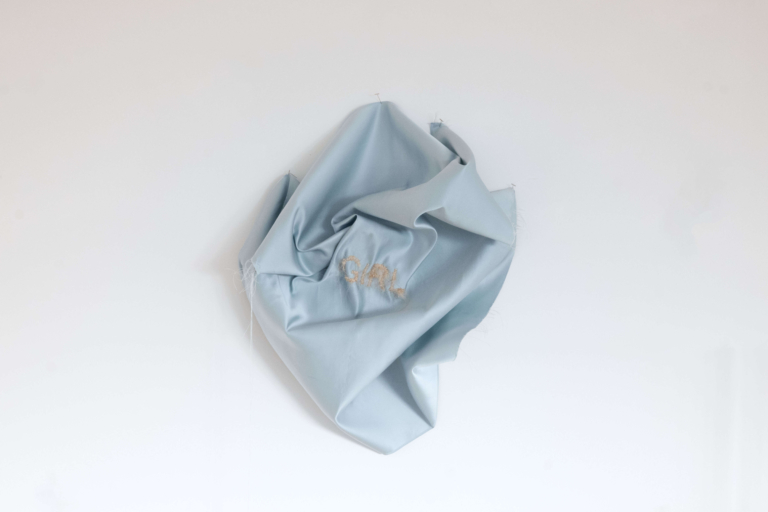 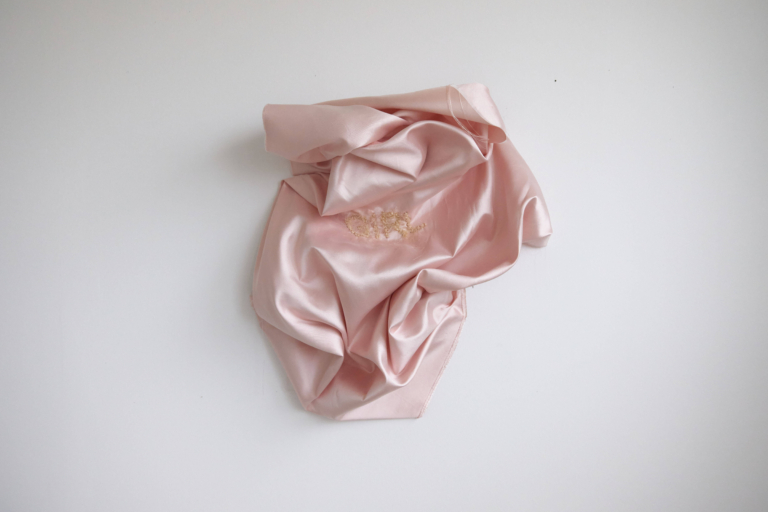 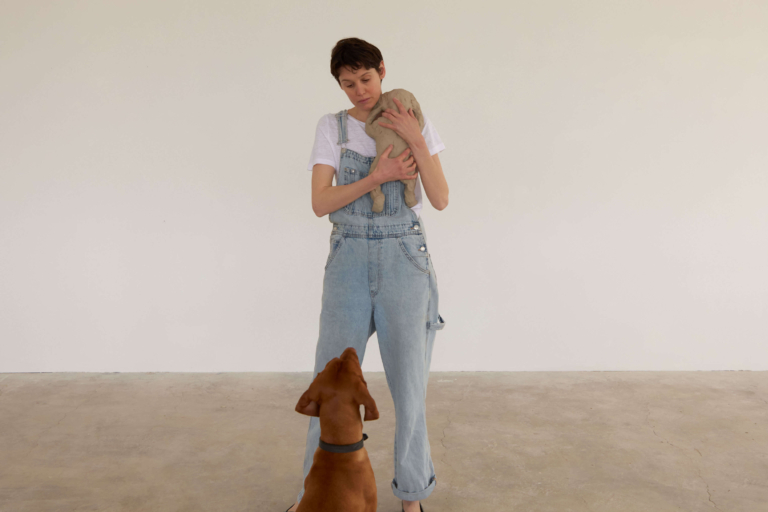 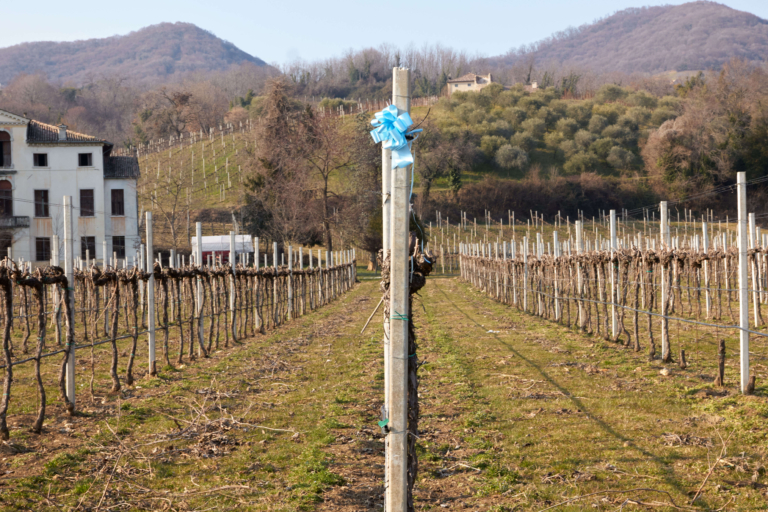 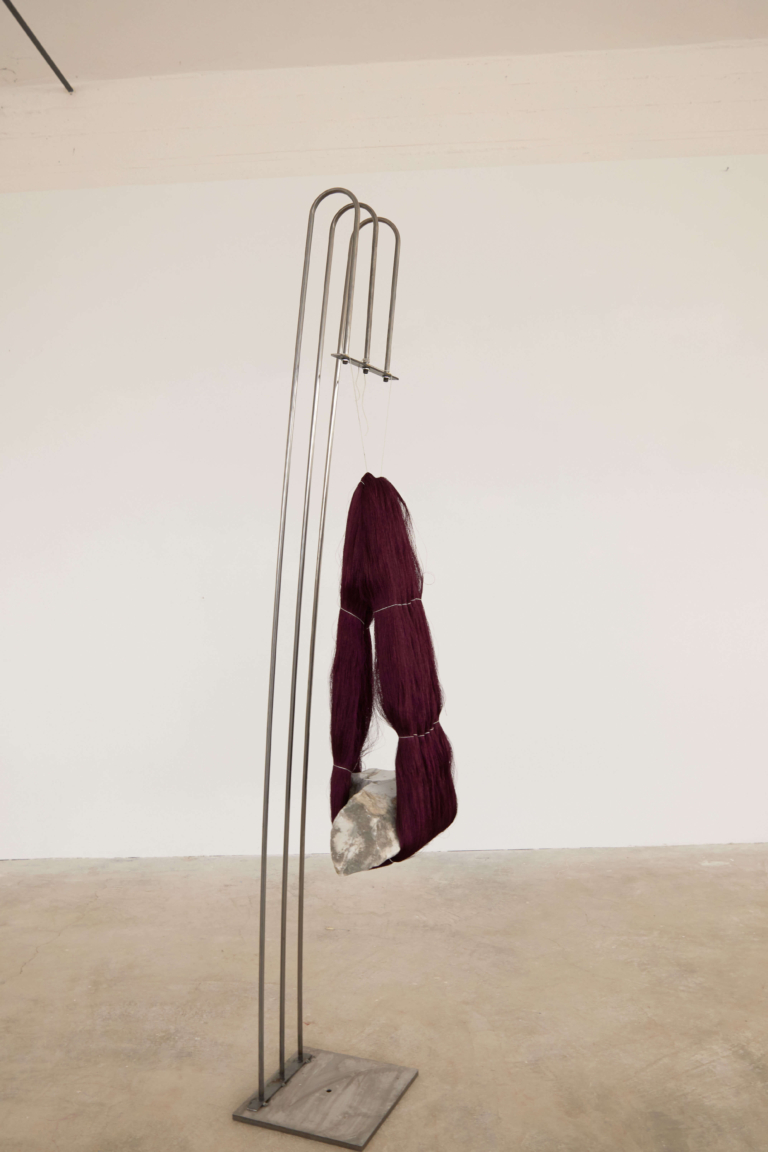 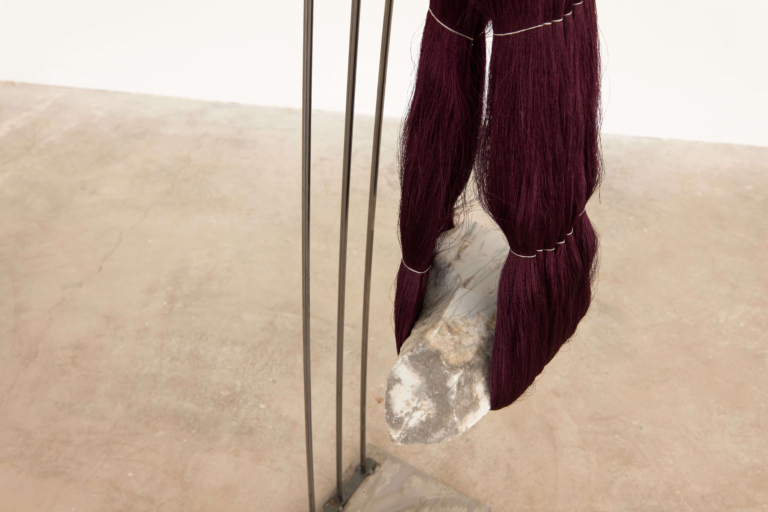 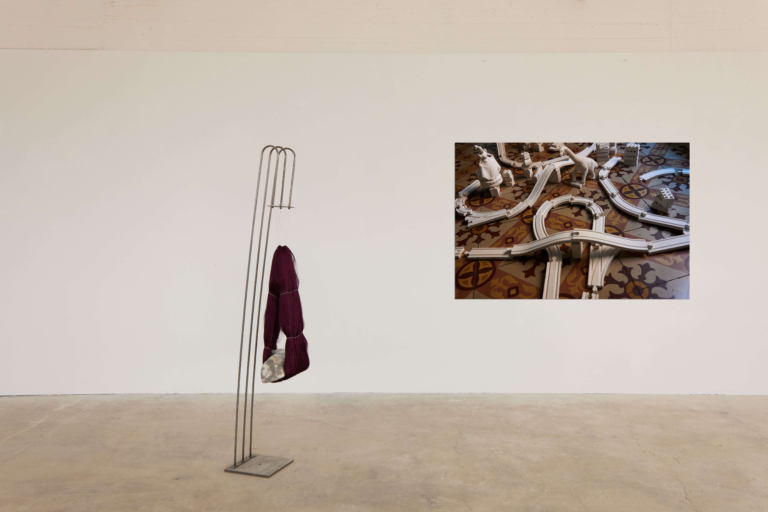 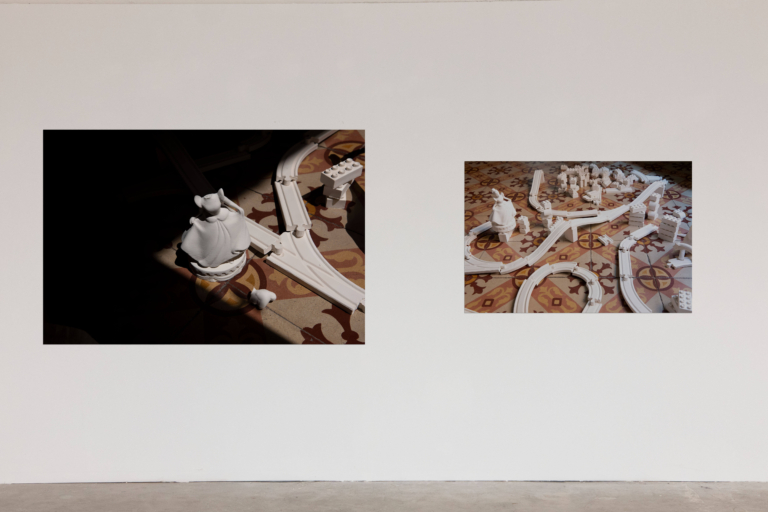 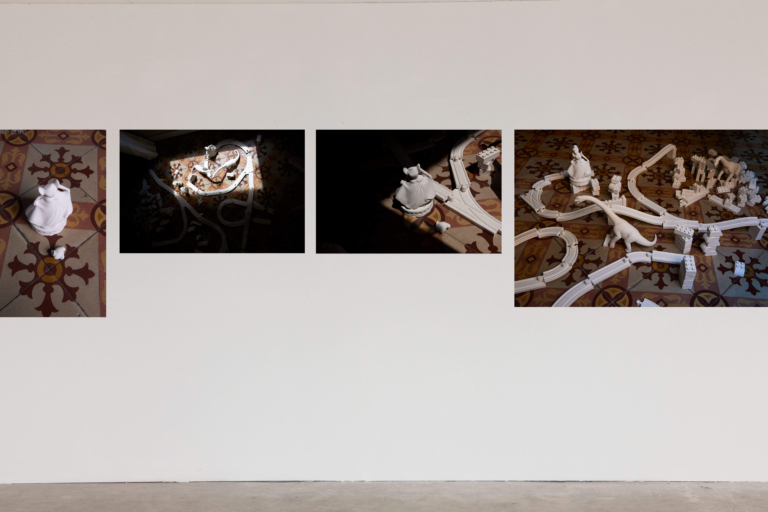 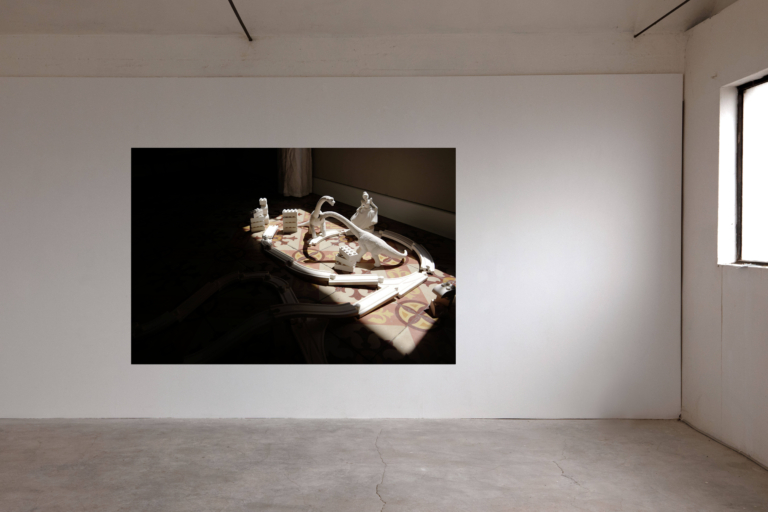 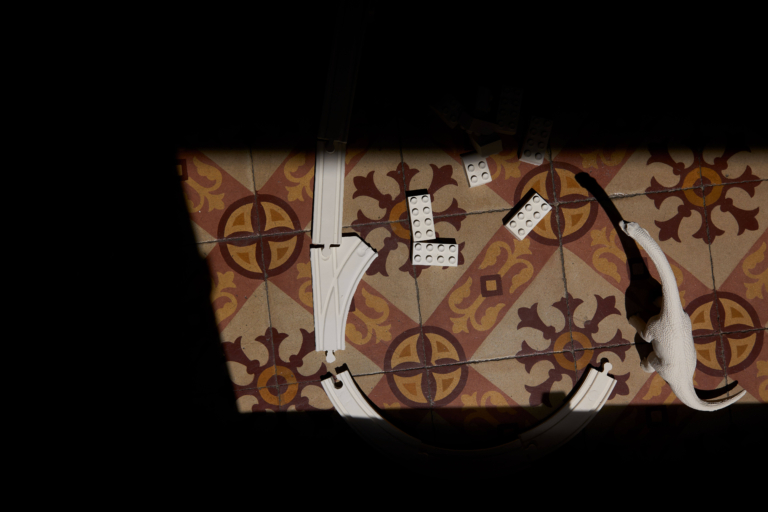 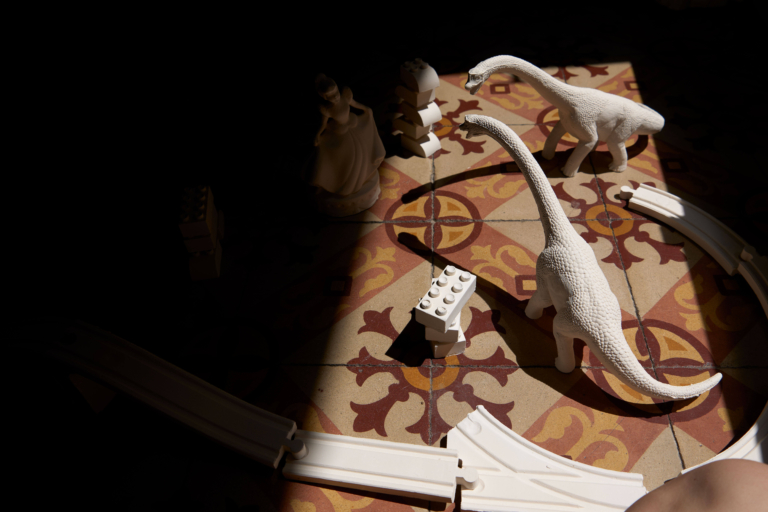 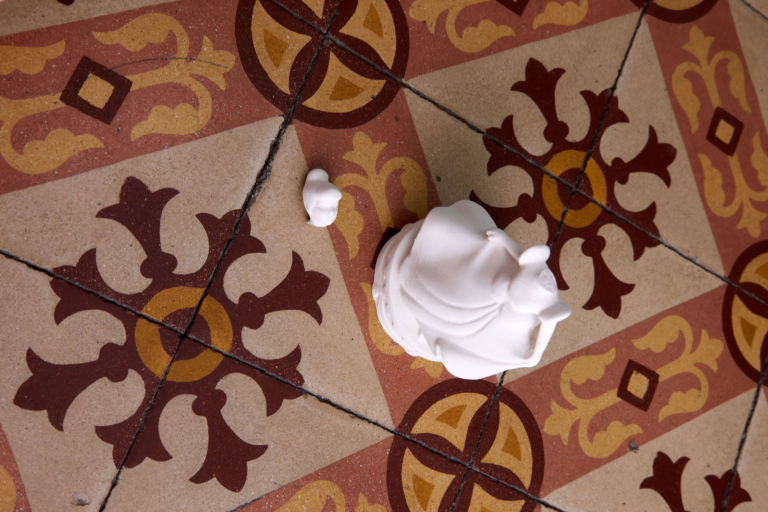 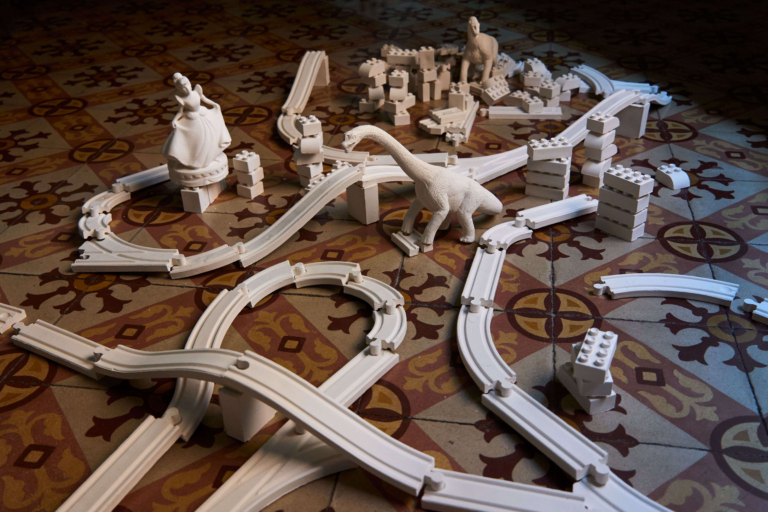 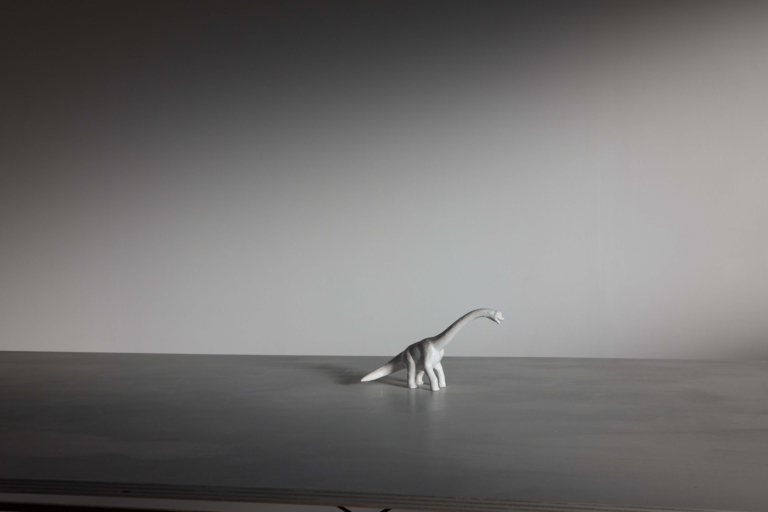 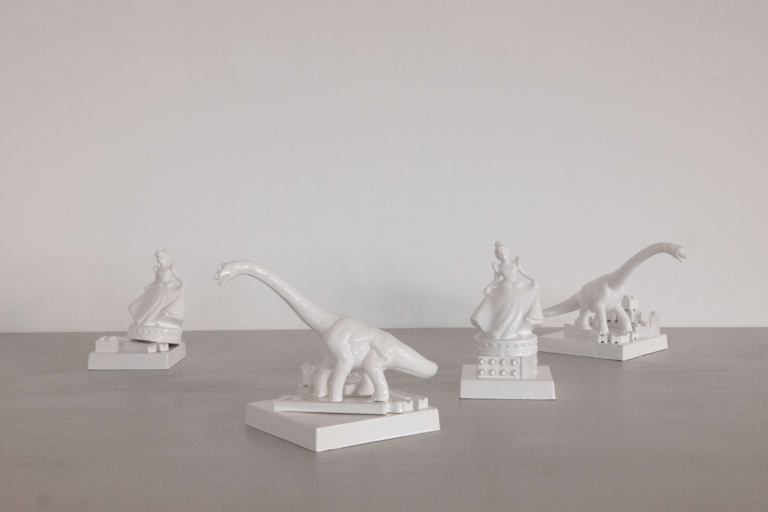 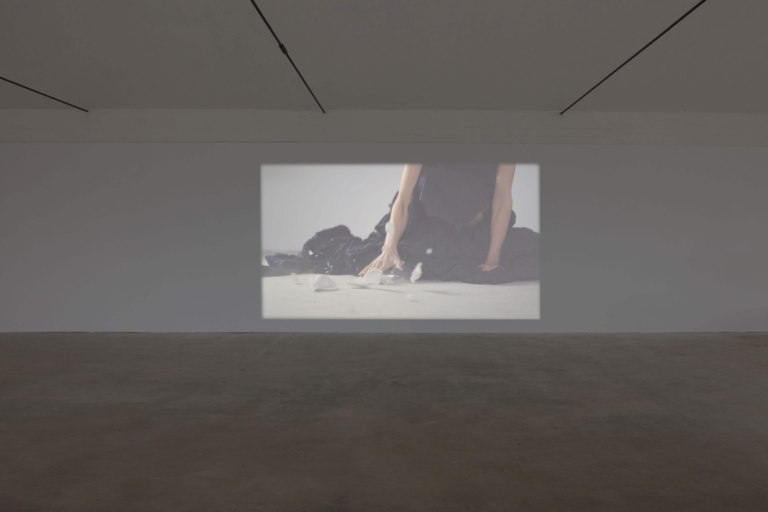 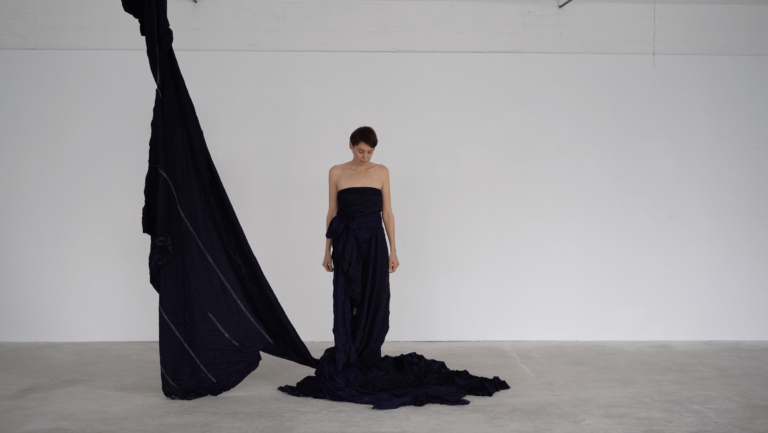 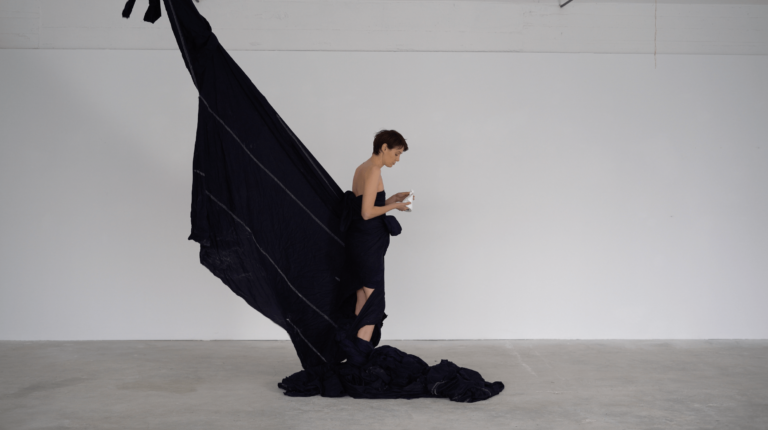 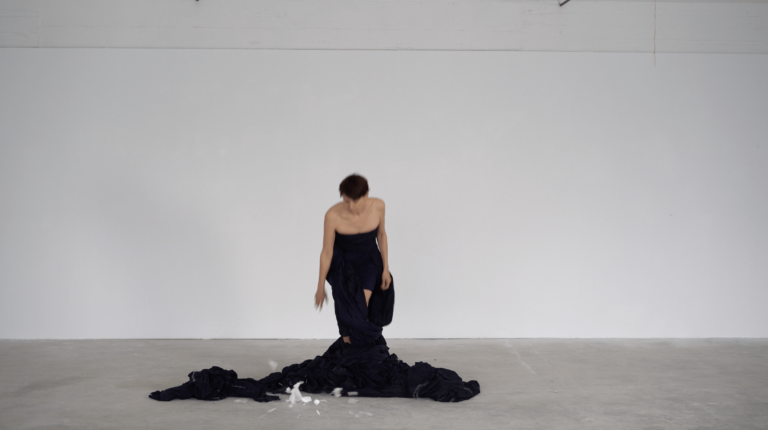 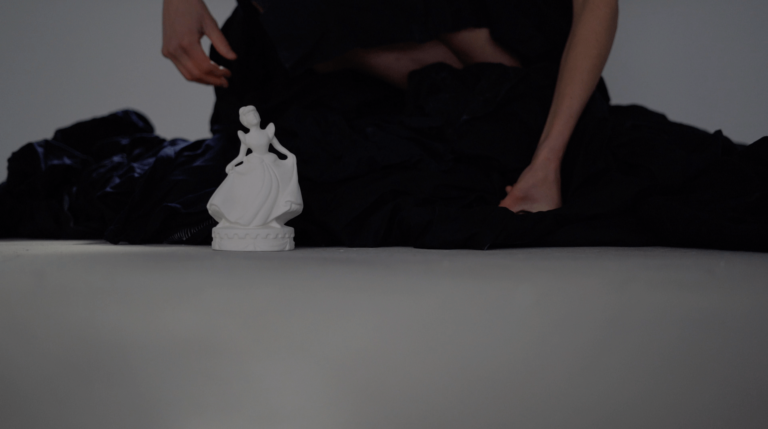 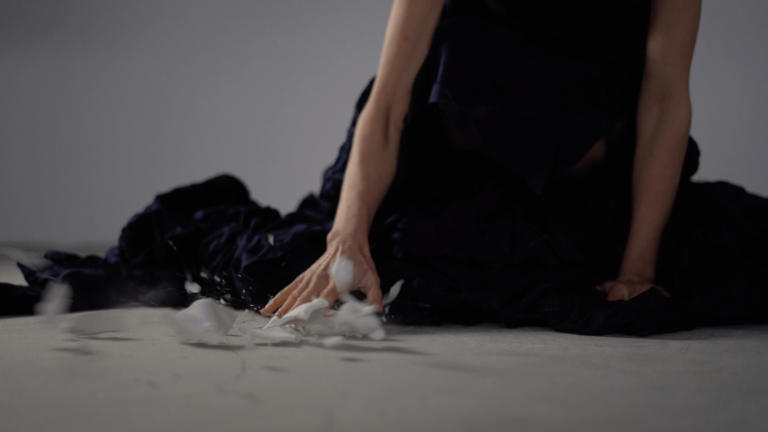