In 2012, several friends and family  members passed away in quick succession. These events prompted me to consider death, the fragility of life, and the living conditions of those who are old or in hospice. For most people, one’s final days are spent in isolation and far from loved ones, forcibly alienated and distant from their communities.

The loss of so many loved ones caused me to consider the many forms of death that colored my daily life. I quietly watched the elderly as they walked the streets of New York—where I lived at the time—and observed their age-chiseled faces. I questioned the preachings of religion and the idea of life after death while making my meals, cutting and cleaning raw fish or chicken. Viewing the pink tinged sunset, I thought of the raw, inflamed color that the skin takes on with age. Walking through markets in Chinatown and seeing stacks of pink meat cooled by chunked ice, I visualized the decomposition of flesh.

Following the death of my beloved grandmother Bertilla, I felt a sudden need to visit her home in Italy, a place that—at that point—I had never traveled to before. In that one visit, I met family members that I had never even heard of. I took as many pictures as I could, cherishing these as memories for the future. I wasn’t sure that I would ever see any of them again.

Back in New York, I began to paint. Still reeling from so much loss and reflecting on the insurmountable distance between myself and this newfound family—a distance not unlike the absence of death—my compositions rebuffed an idealistic or even naturalistic lens. Rendered in a limited palette, these paintings function as memento mori—Latin for “remember you must die”—depicting the living as though they were recently passed. These paintings draw upon the symbology of depictions of the death of Christ, a reference point taken from my Roman Catholic upbringing, and use techniques pioneered by Italian old masters, including verdaccio and simple compositions from the neck up. In an associated series of photographs, I documented my life during this period—the colors of the sunset, heaped carcasses drying out under the midday sun—a reflection on morbidity and the processing of loss.

Oil on canvas and photography. 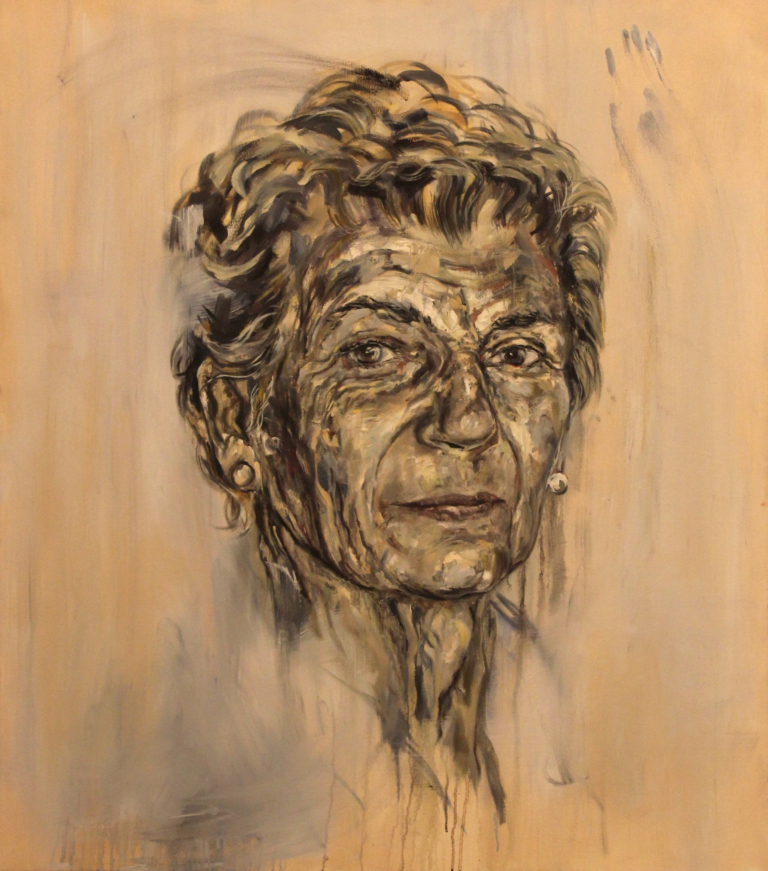 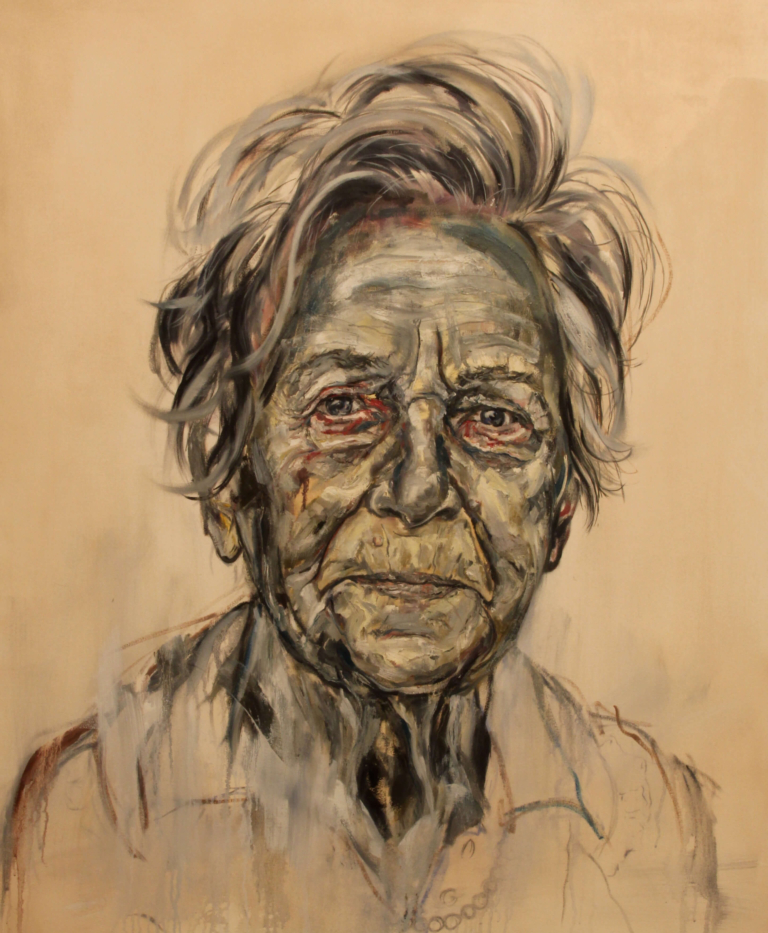 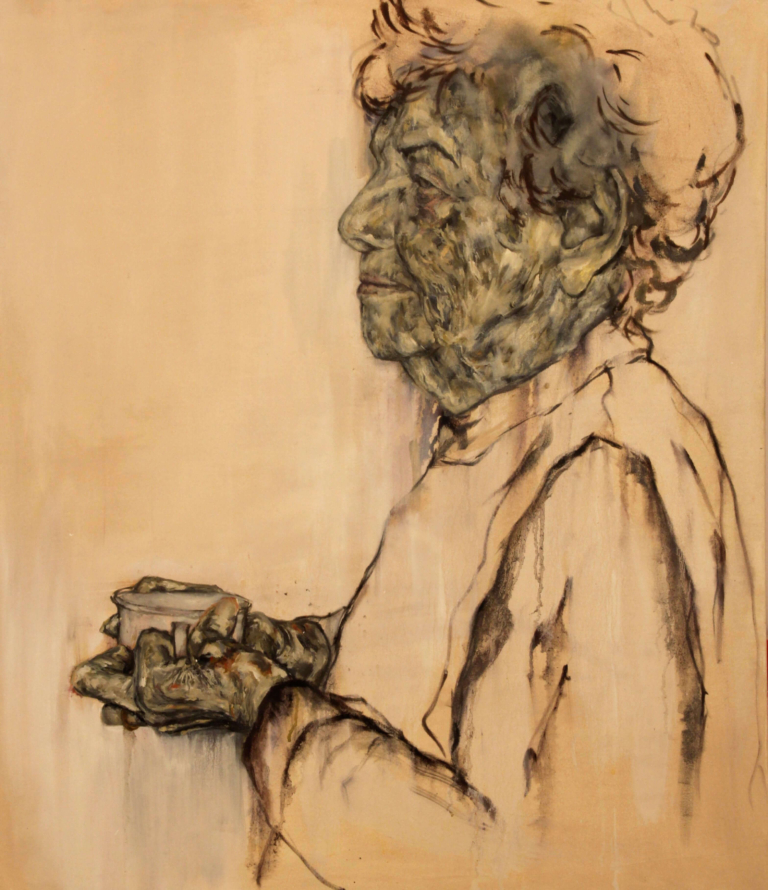 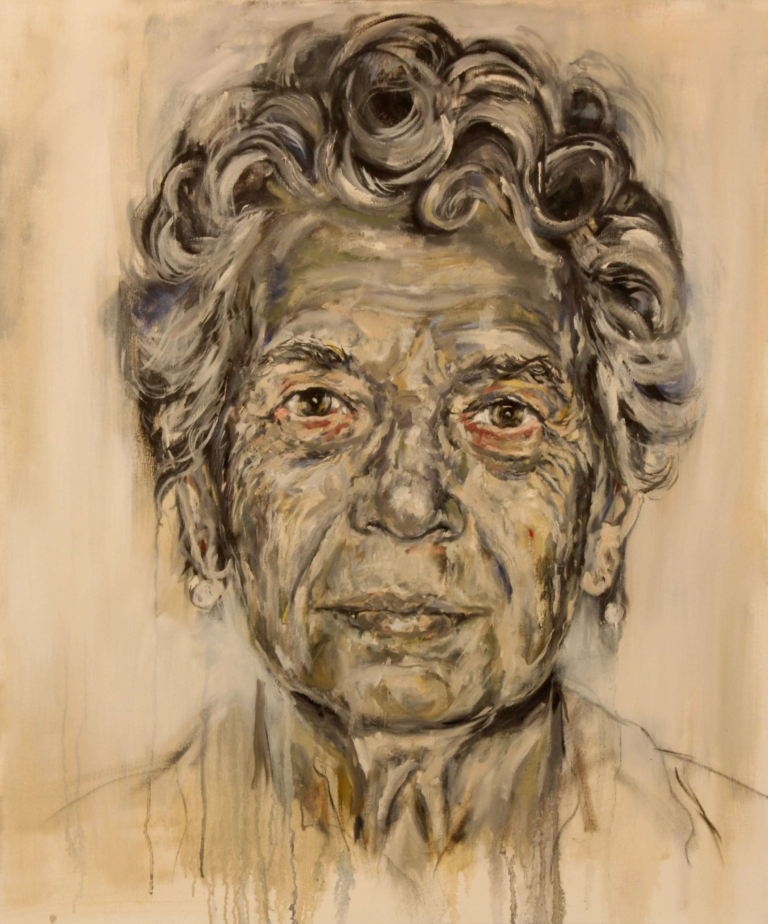 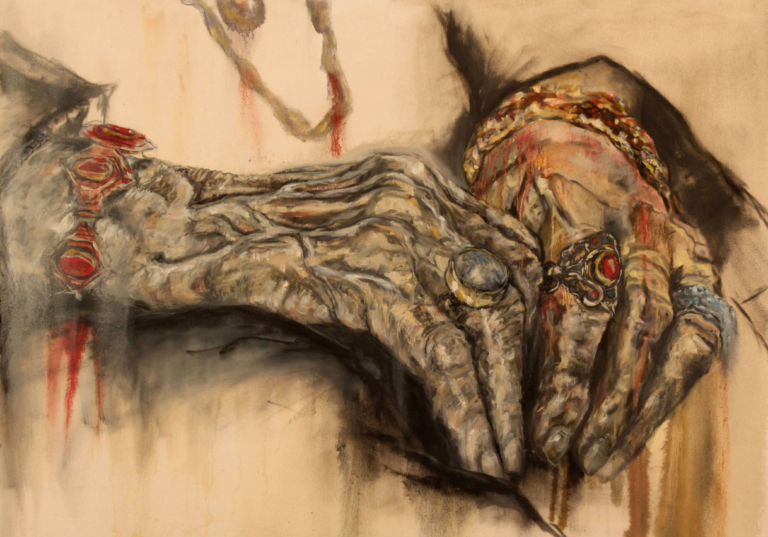 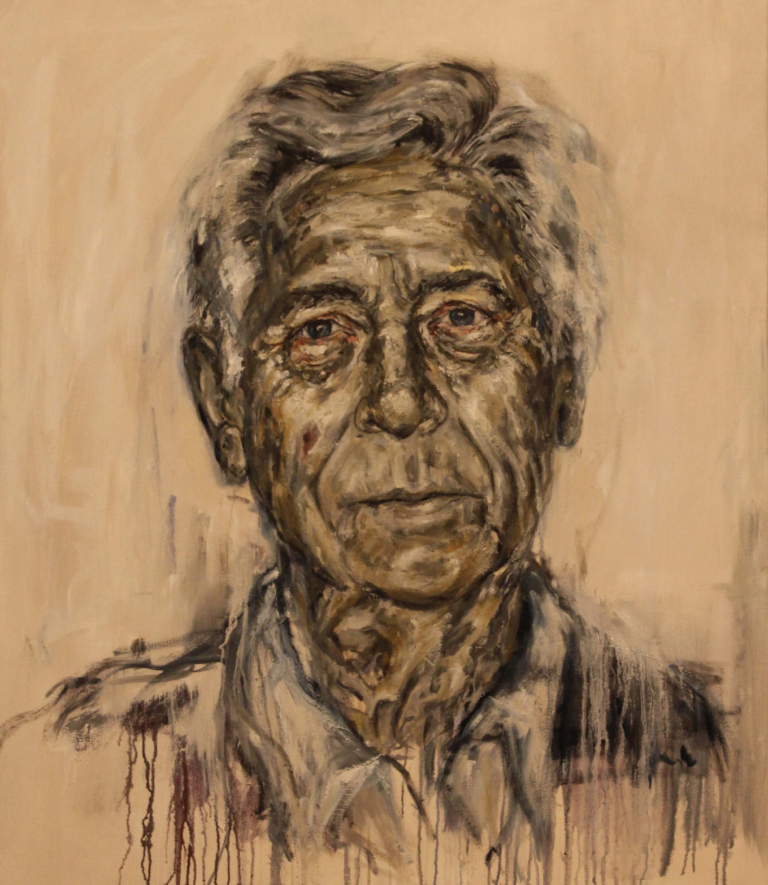 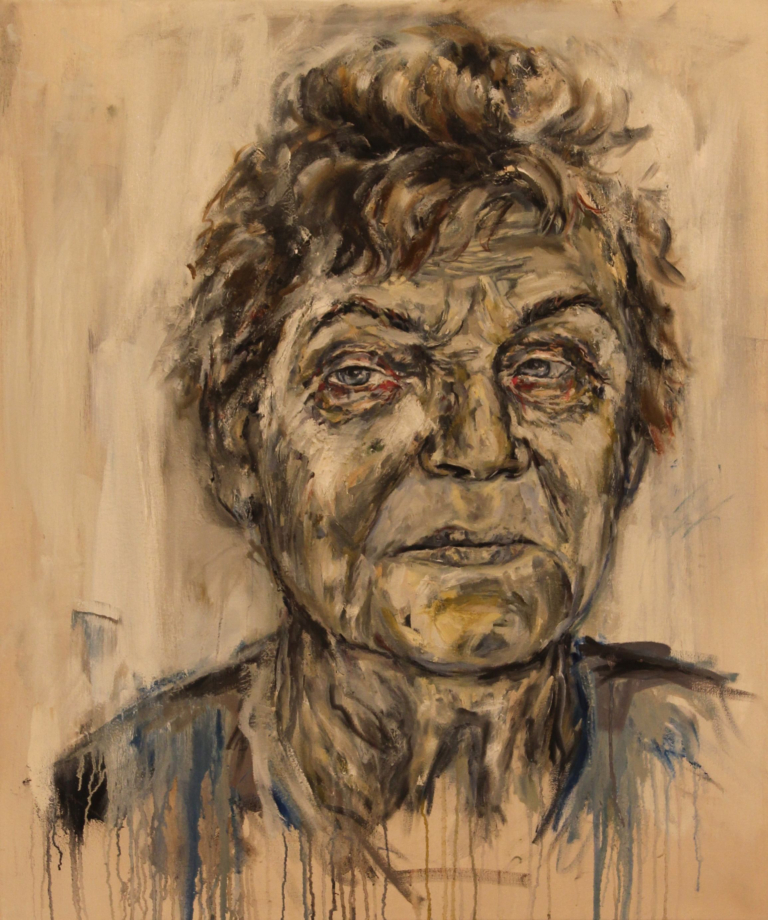 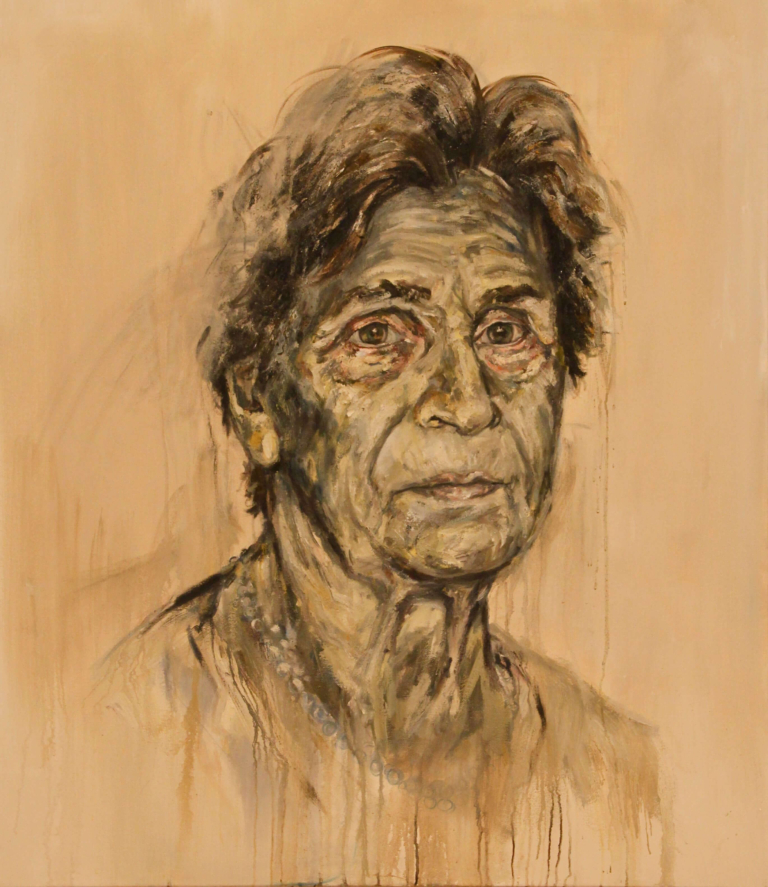 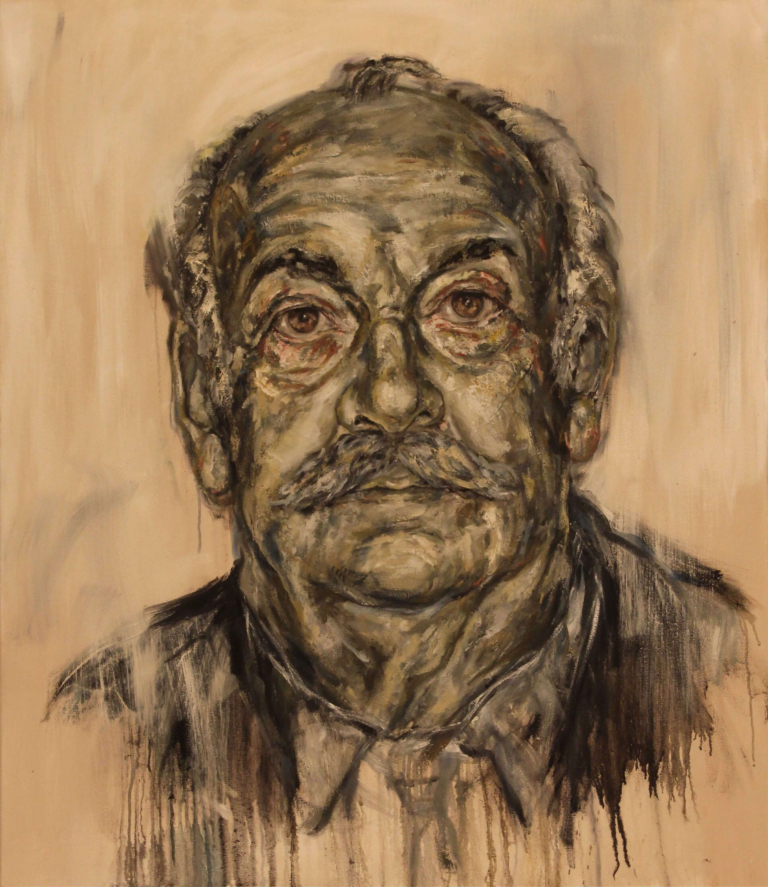 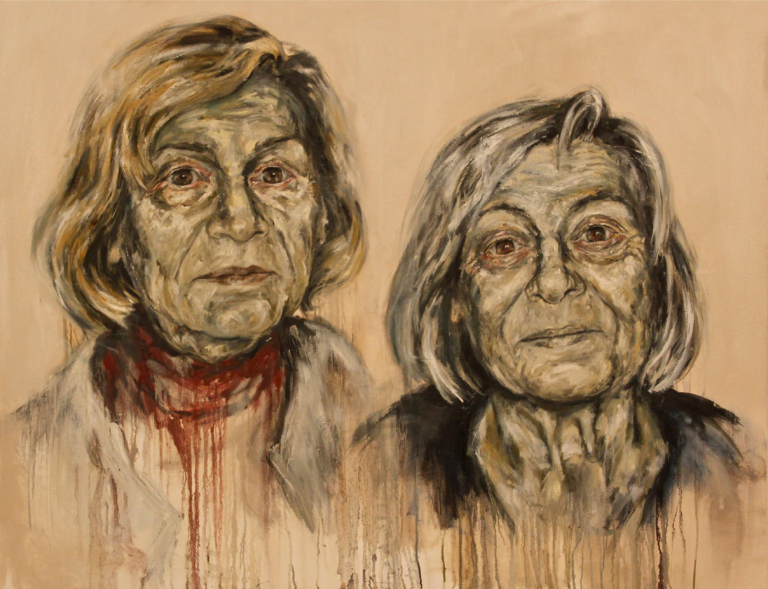 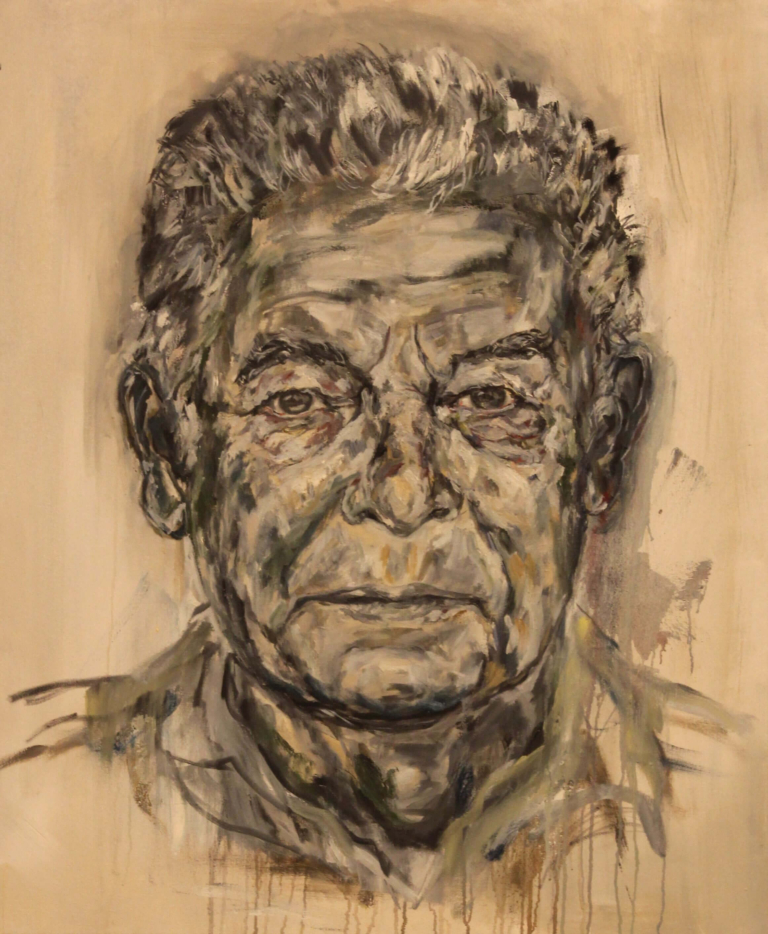 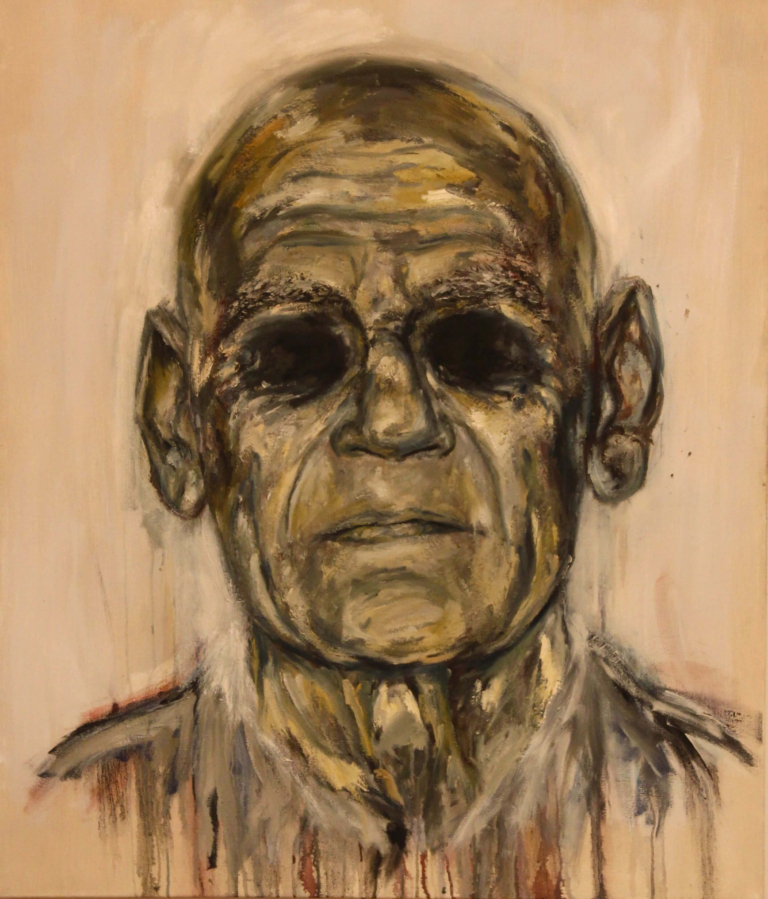 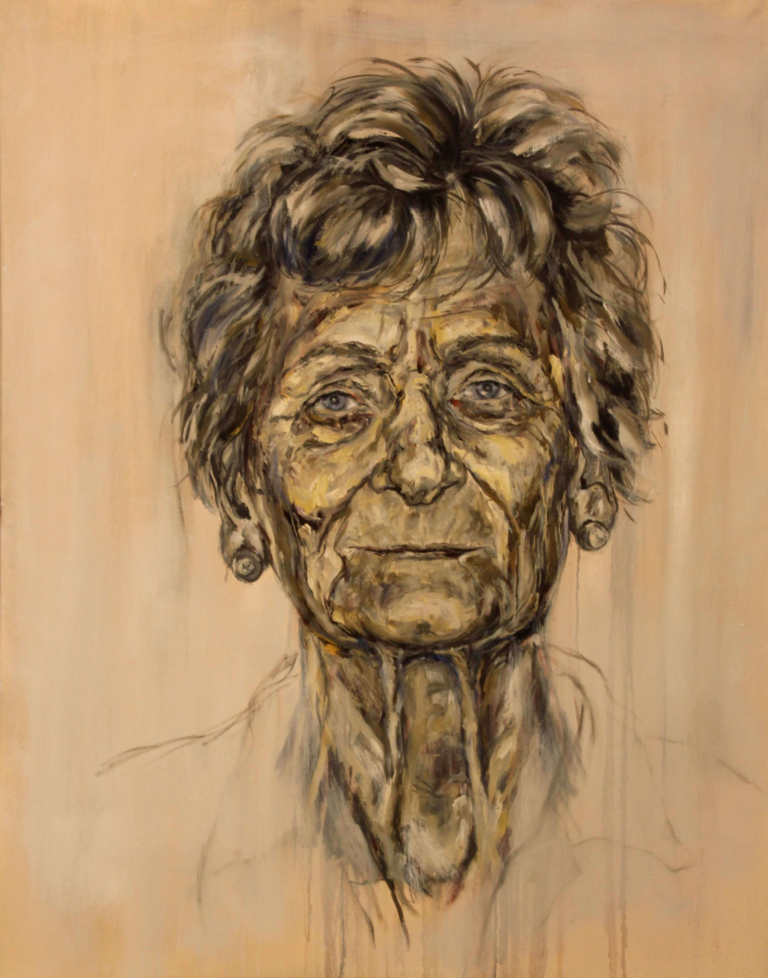 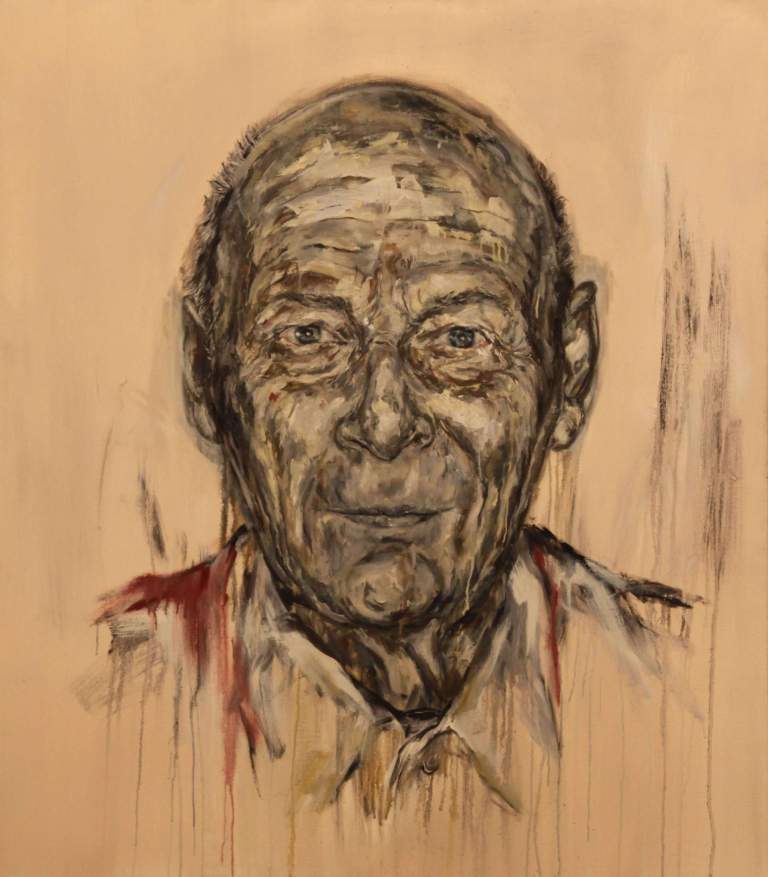 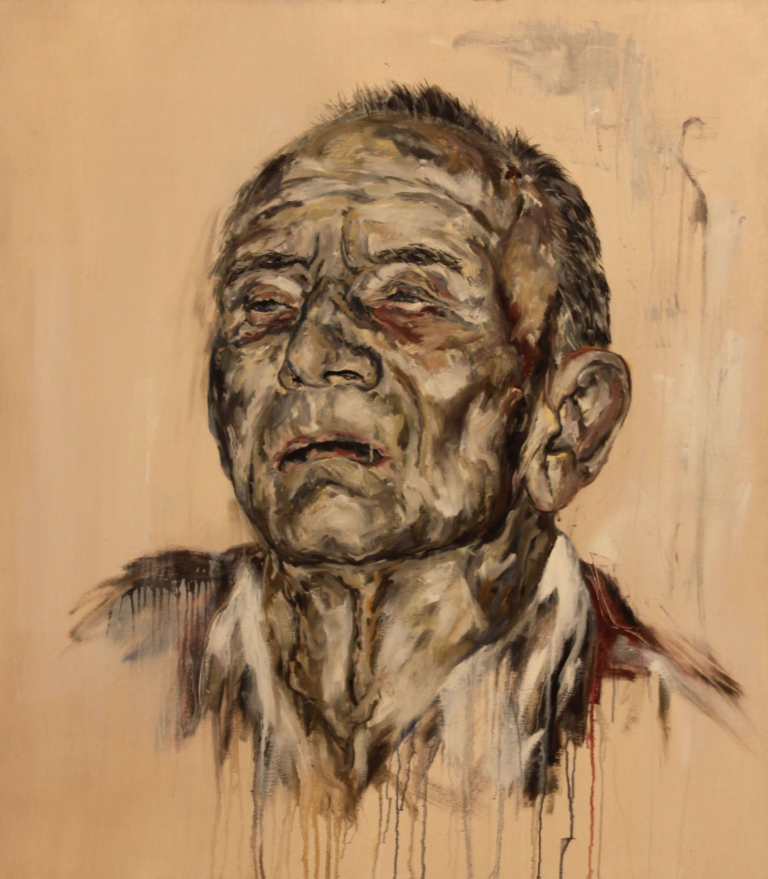 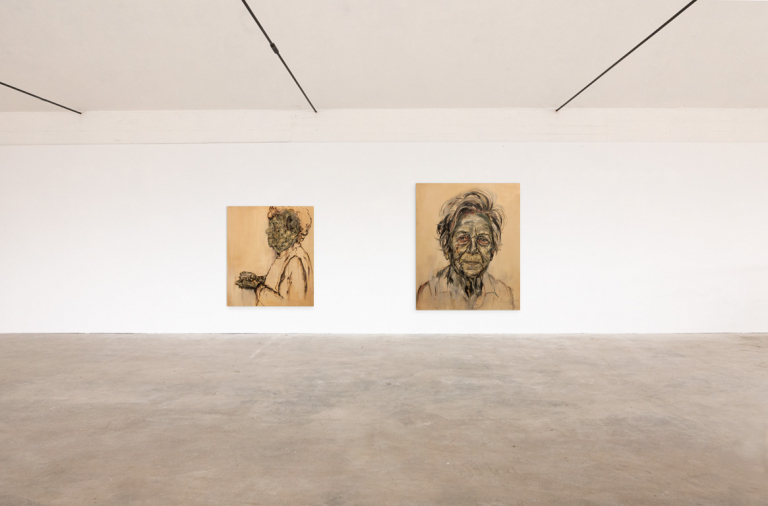 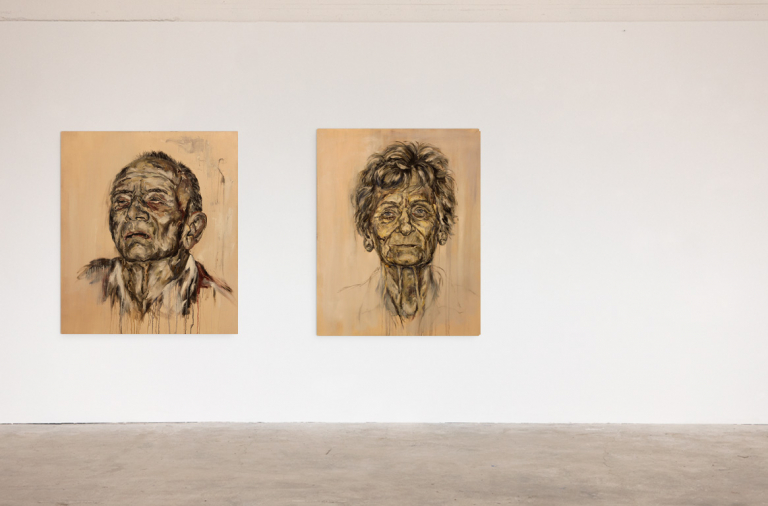 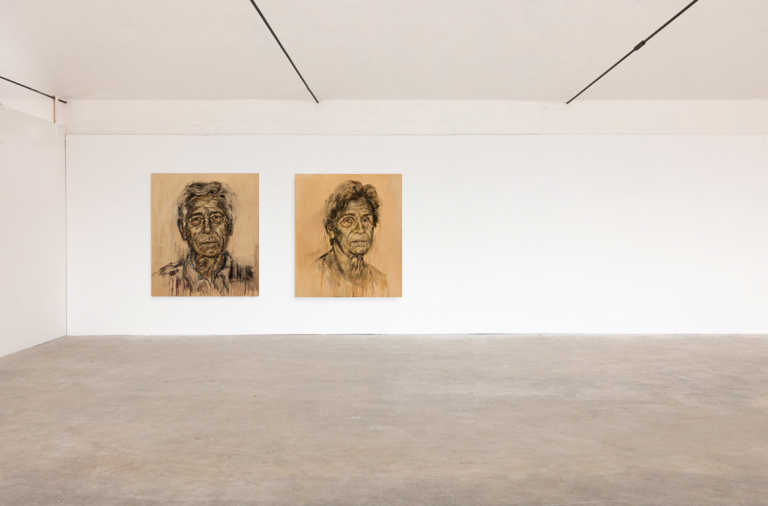 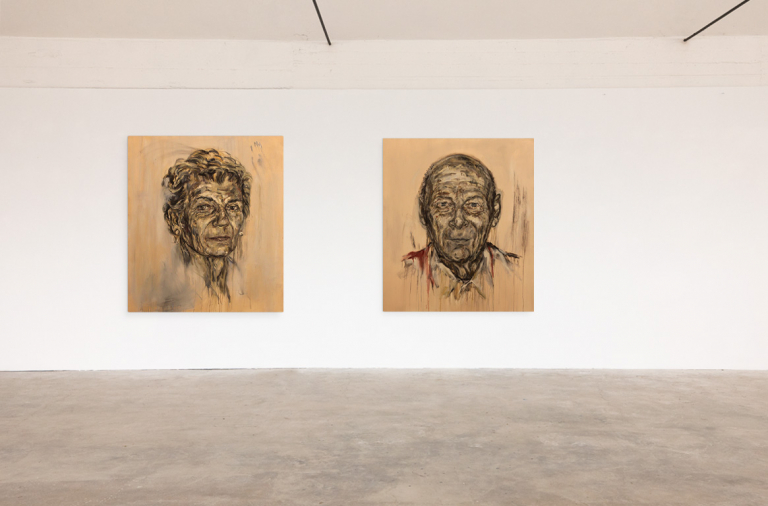 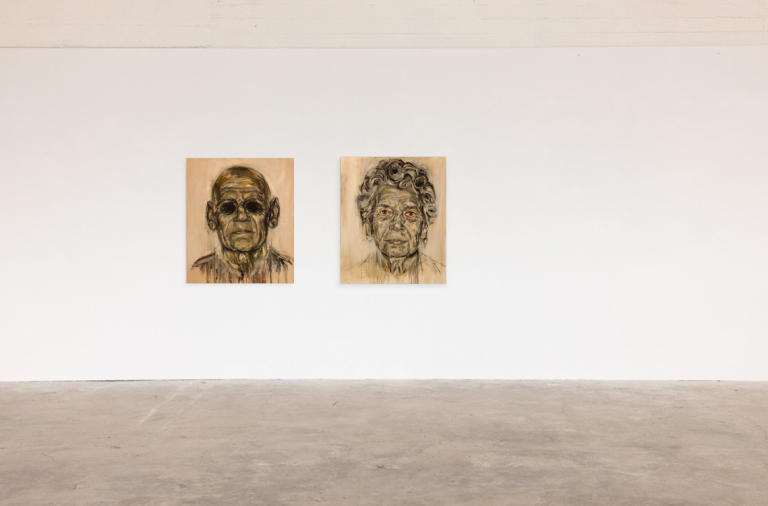 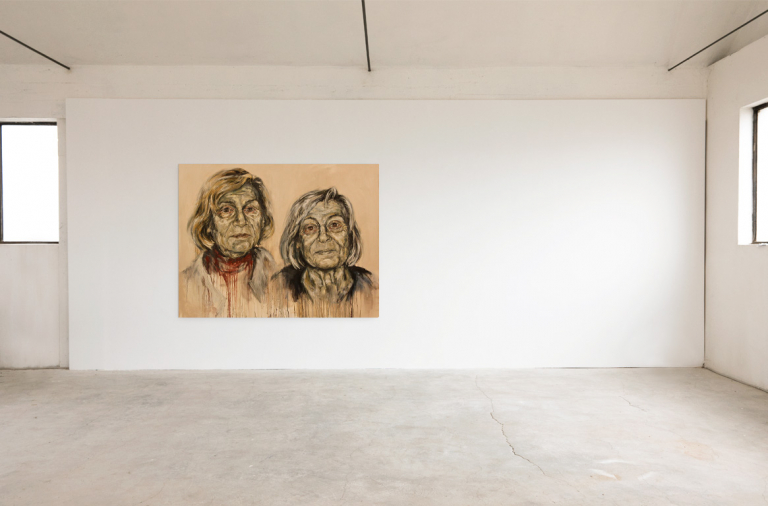 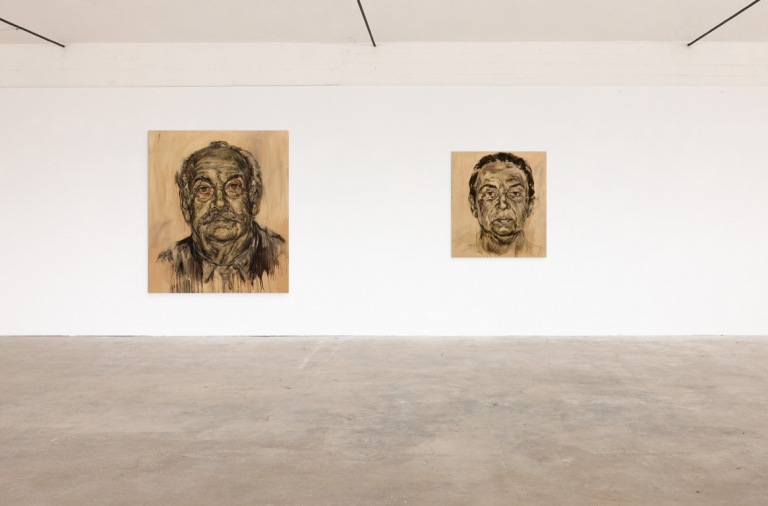 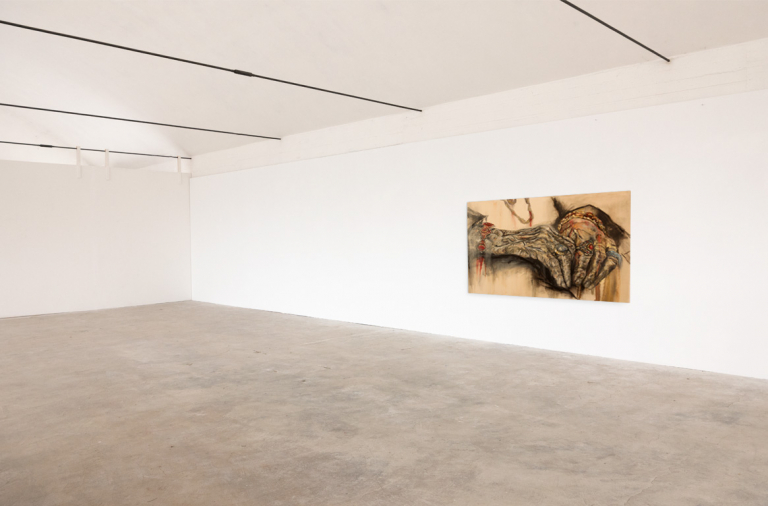 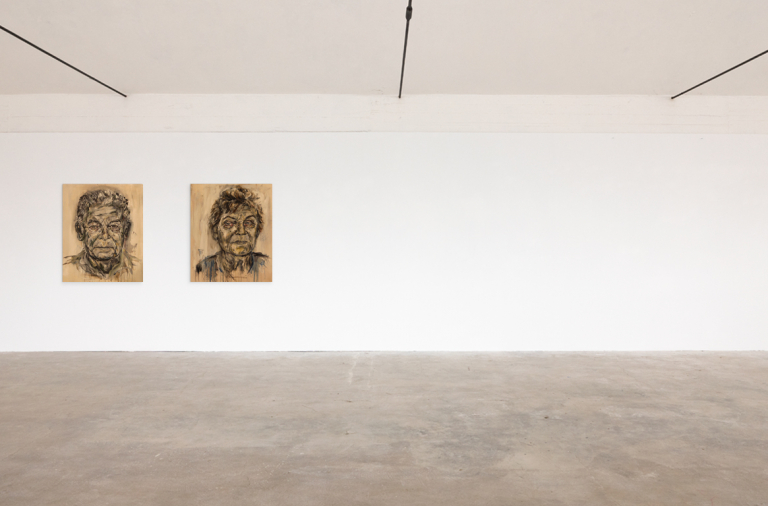 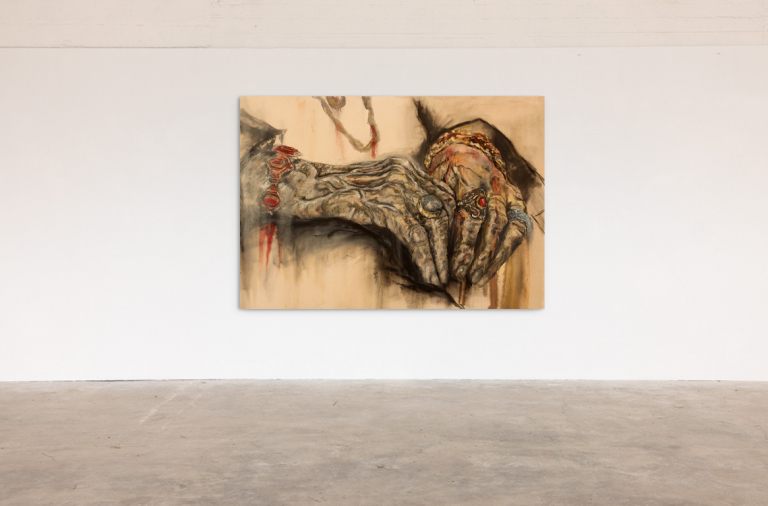 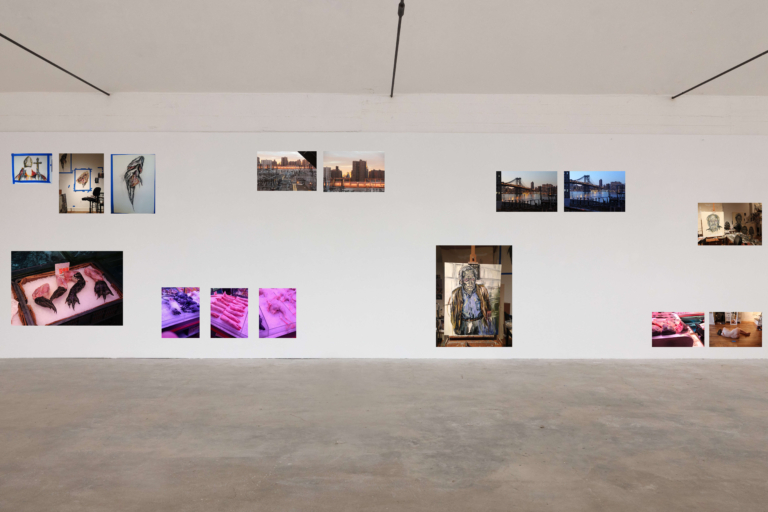