From 2016 to 2020, I suffered from heavy metal toxicity caused by contaminated water. I had little energy, poor focus, and troubled breathing. While recovering, my doctor advised that I only drink from glass bottles to avoid any further exposure, and I complied, even though I hated the wastefulness of this type of consumption. However, for the many people who live in cities with lead pipes or poor filtering of municipal water, this is an unceasing and unavoidable part of life. In 2017, more than 884 million people worldwide did not have access to clean drinking water. My own experience with toxic water has made me keenly aware of the preciousness of this resource in spite of its apparent abundance in the United States. 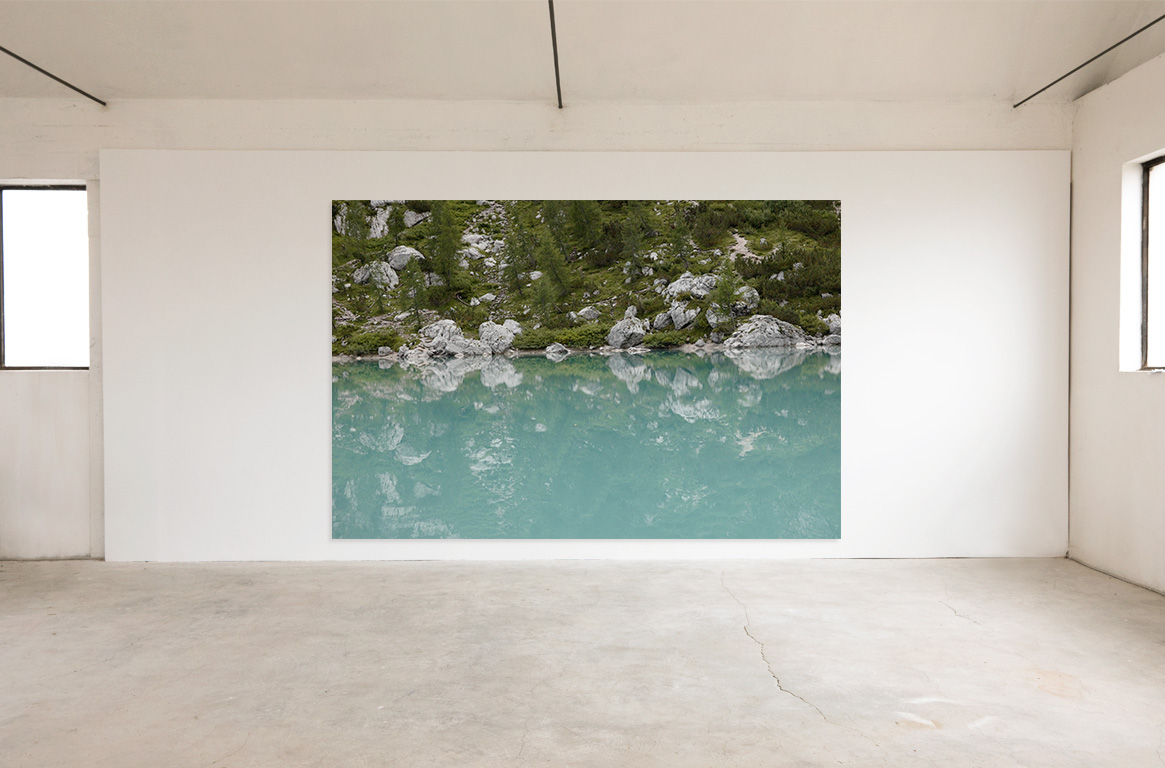 Bodies of Water traces part of the water cycle from icy lakes replenished by snowy mountain runoff to streams as they become rivers and the rivers as they flow out to sea. A series of rocks are stacked and mounted upon a metal fountain spigot affixed to a square base. The series is inspired by the “nasoni”—named for their hooked, nose-like spigots—which are scattered throughout the streets of Rome, providing free drinking water to residents. Like this reference point, when my stone fountain is activated, potable water spills from the spigot into the user’s reusable glass or bottle. Installed near Italy’s coastal beaches, this series of water fountains creates a dialogue between different points in the water cycle—river rocks with filtered freshwater and the salty ocean spray—while also providing safe drinking water to local residents. The fountains are accompanied by a series of lamps which are hand-chiseled from semi-translucent stone. 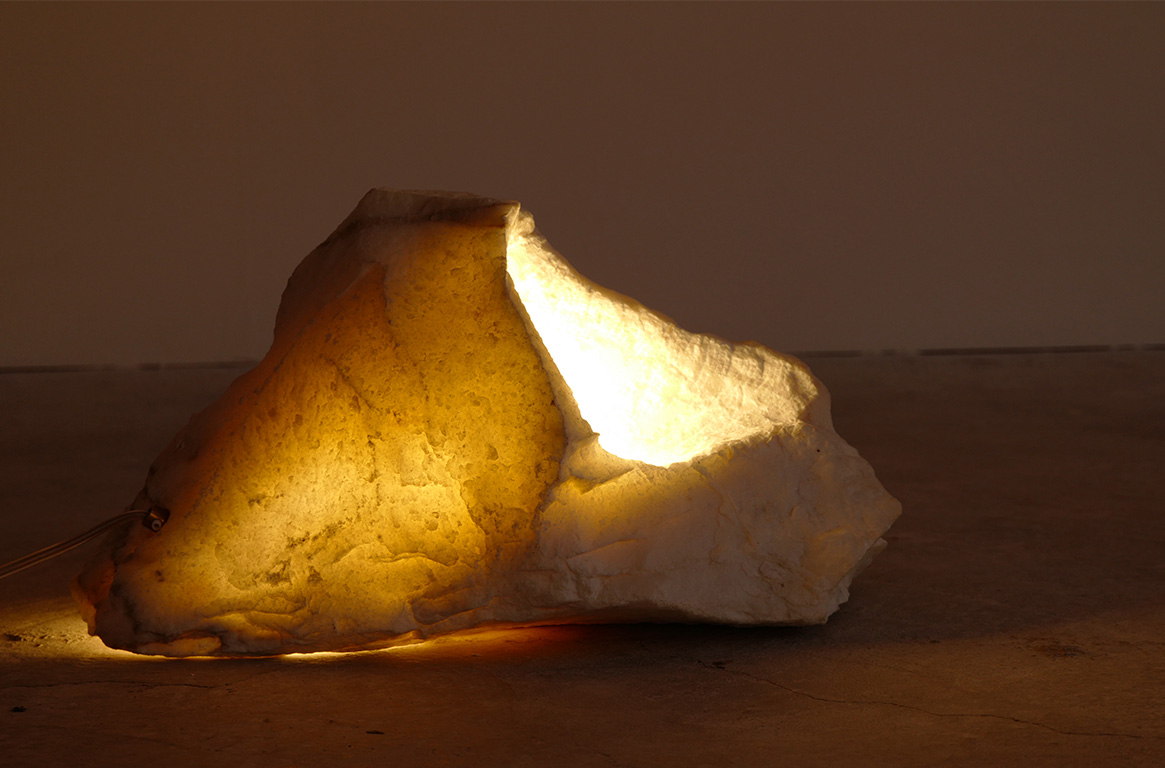 These works also address humankind’s attempt to control or harness the power of water through juxtapositions of the man-made and the natural. The fountain, for example, uses found stones from Carrara which have been artificially ground down and burnished on one side, evoking river rocks naturally polished by the water current, while the other preserves the craggy surface created during the quarrying process. A visual rhyme is made between these smoothed planes of stones and a melted hunk of black and white plastic, which suggests the tons of plastic waste that go un-recycled each year. A video and an additional series of photographs emerge from visits to the man-made Lago di Cadore, created in the 1950s with the construction of the Pieve di Cadore hydroelectric dam, as well as to natural lakes and rivers throughout Italy.

More work for this collection is coming soon. 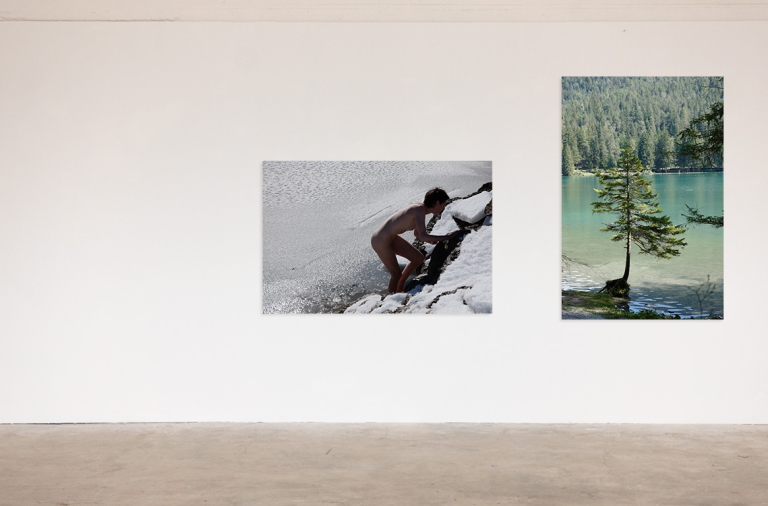 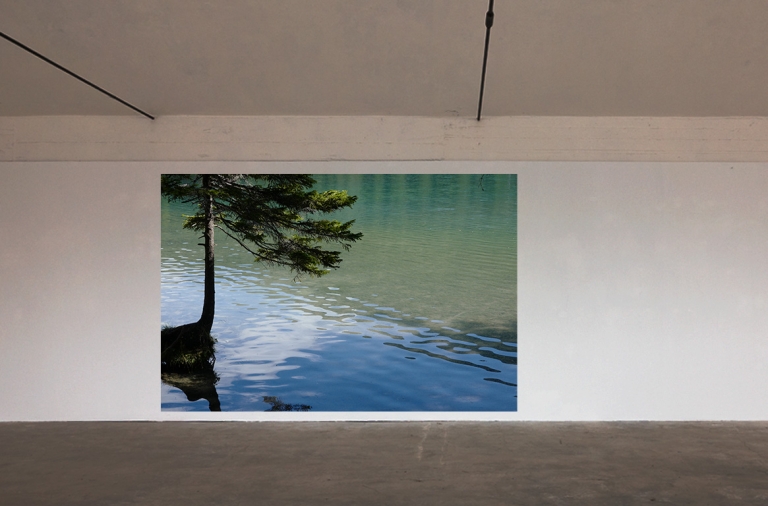 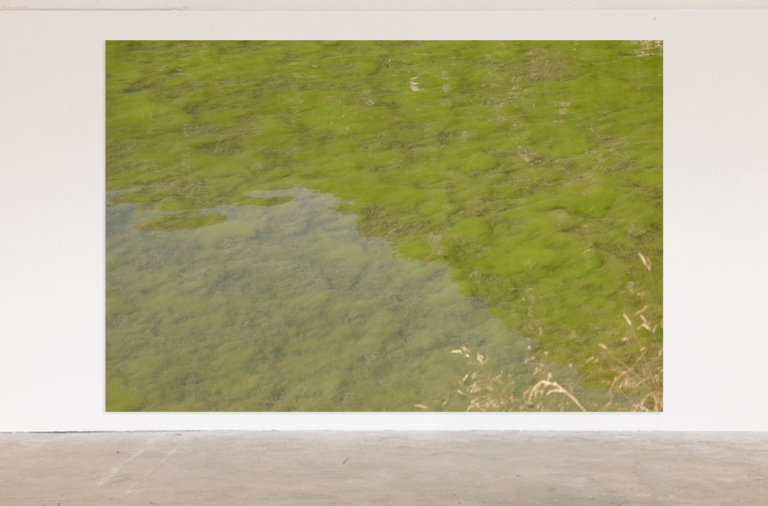 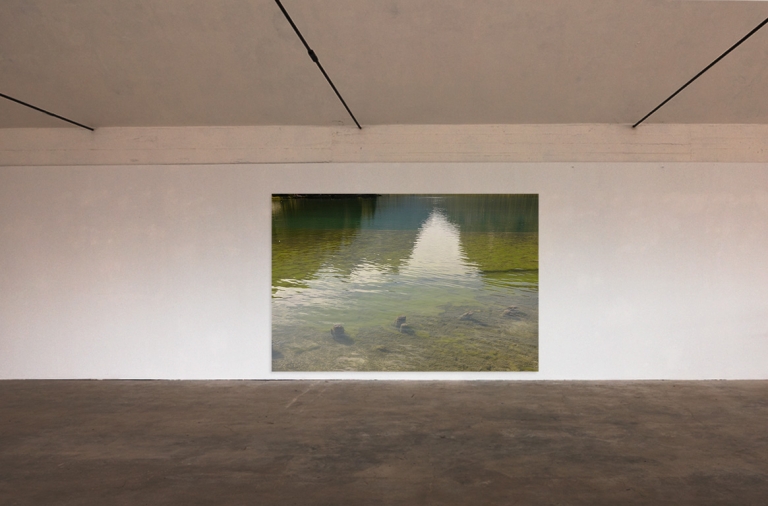 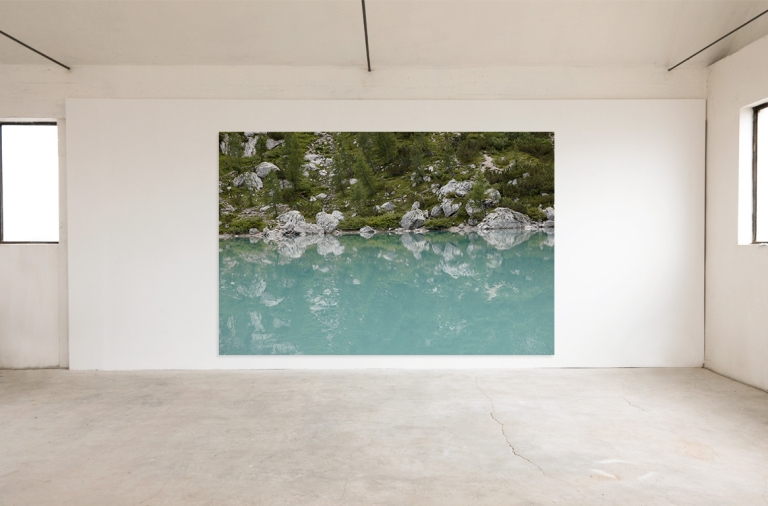 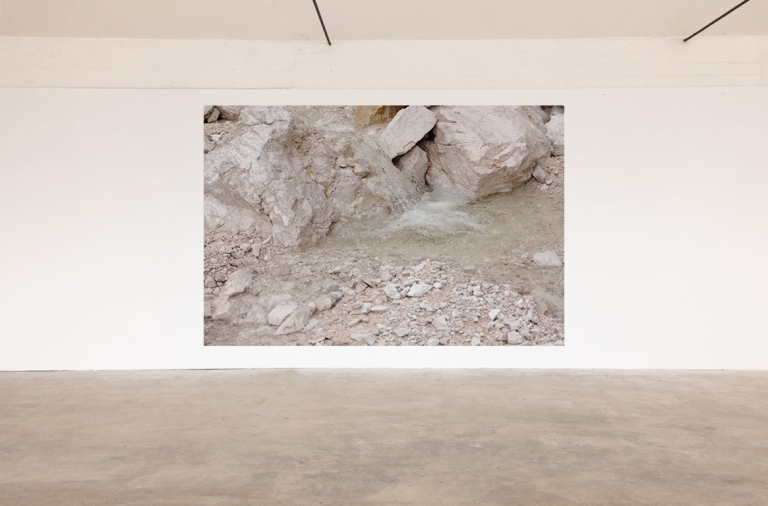 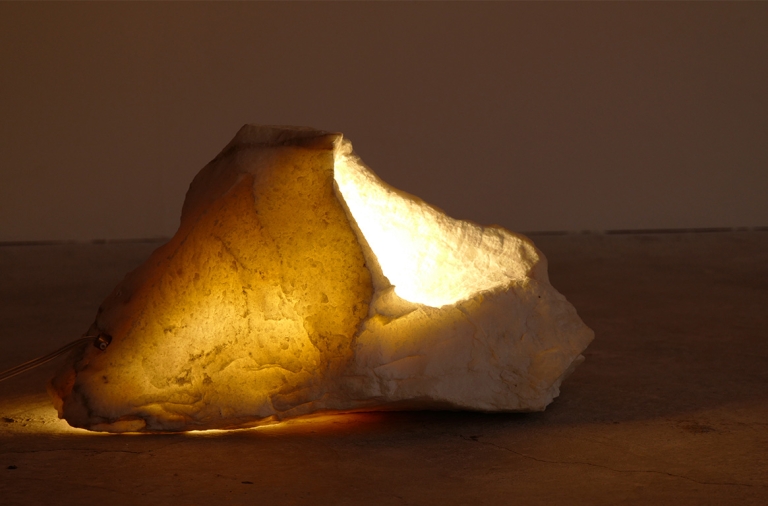 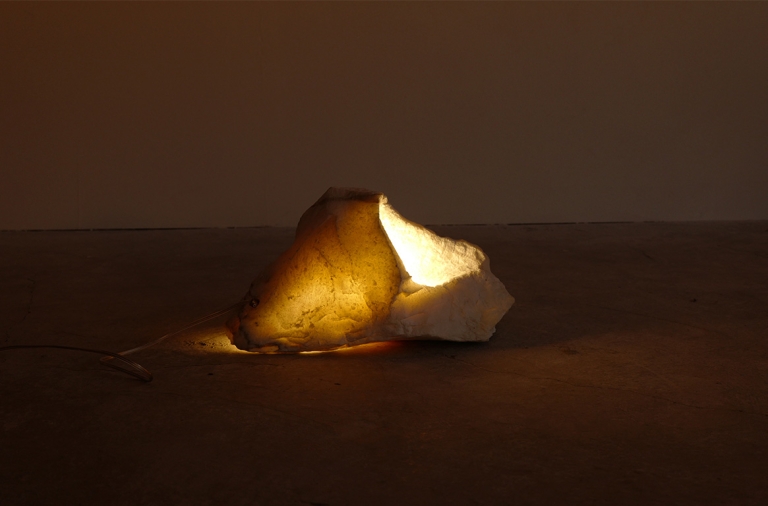 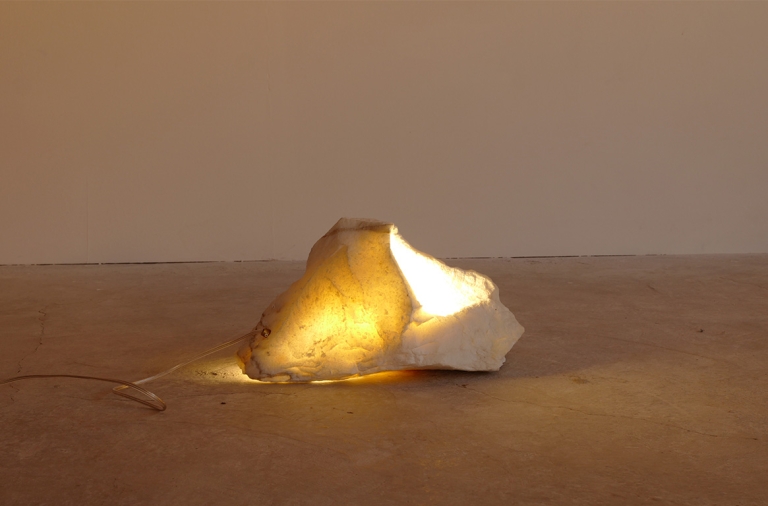 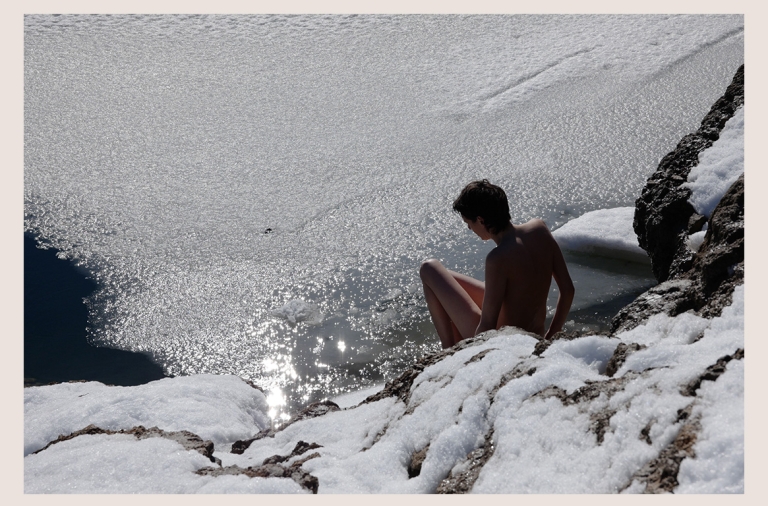 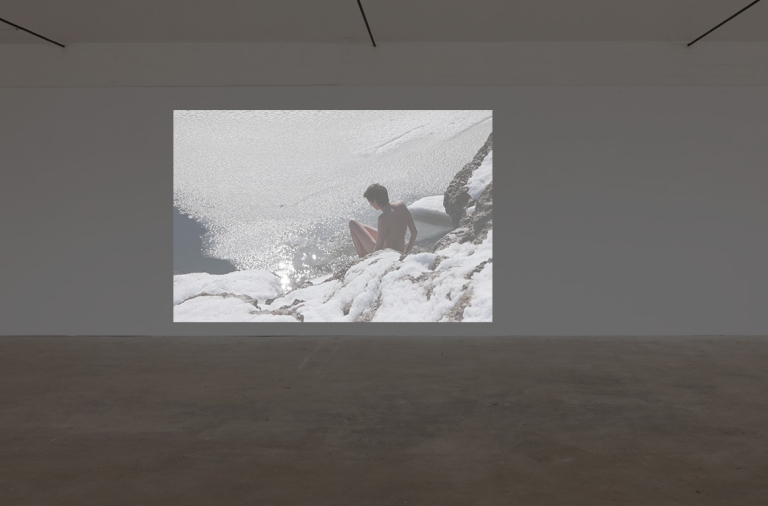