An Americano for the American

First discovered on the Ethiopian Plateau circa 850—reportedly by a goat-herder named Kaldi whose livestock were energized by eating the cherries of the coffee plant—coffee arrived in Venice via the Arabian peninsula in the middle of the 16th century. Coffee quickly rivaled alcohol as a popular and safe beverage (both of which were disinfected from diseases borne by contaminated water due to their processes, respectively, of boiling and fermentation). Gradually, over the course of the 17th century, the stimulant took hold of European culture with effects both medicinal and social. Though coffee was recognized for its elevation of neural and nervous activity, equally important was the social infrastructure provided by shops and coffeehouses that served the novel drink. Under the influence of its energizing properties, intellectuals would meet and converse—discussions which originated movements including the French revolution and the Italian unification (“Resorgimento”). American journalist Michael Pollan has argued that caffeine directly contributed to the Enlightenment, the Age of Reason, and the Industrial Revolution. Consequently, it may not be too much of an overstatement to suggest that coffee is the drink that enabled and continues to perpetuate capitalism and homogenized culture. 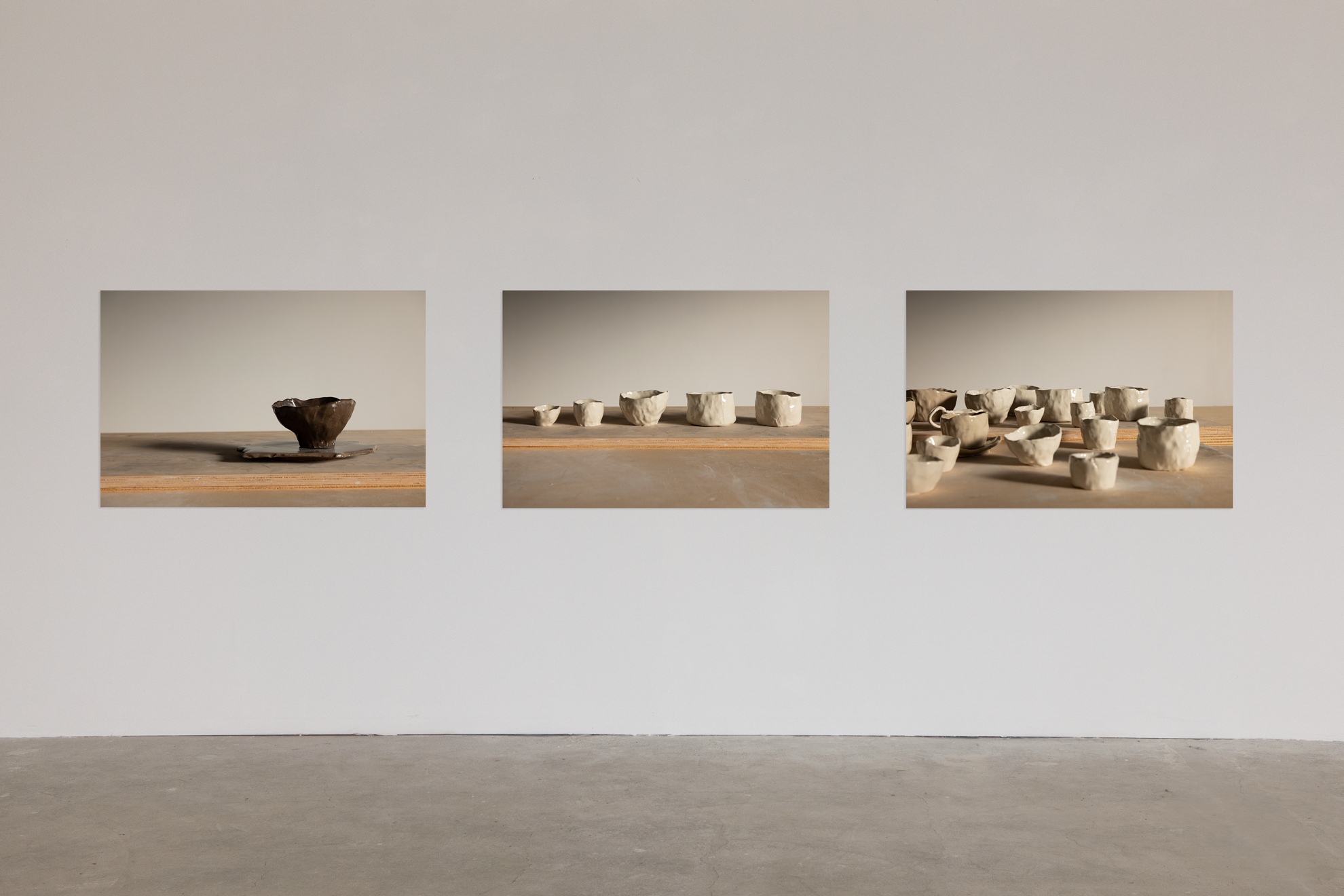 It was in Italy that coffee became most closely aligned with the ideal of industrialization, speed, and automation, thanks in part to the invention of the espresso machine by Luigi Bezzera in 1901. The apparatus worked by forcing pressurized water through coffee powder and produced a small, but highly concentrated beverage. In one hour, the machine could produce as many as 1,000 espressos—made individually for customers. The term “espresso” referred to the coffee extract expressed through the coffee grounds, as well as to the speed of the procedure. Like the Italian Futurist movement, the espresso—which shared a name with the high-speed train—demonstrated the country’s ambition for mechanic speed and power. The enterprise of Italian industrialization and military might would result in cataclysmic results in the post-WWI fascist regime of Benito Mussolini and subsequent outbreak of WWII.

An Americano for the American reflects on Italy’s history of industrialization and mass production through the lens of the coffee cup. I create these espresso sets in my grandfather’s closed-down pottery factory in Nove, Italy. However, rather than using plaster molds—the standard method of ceramic reproduction—each cup and plate are uniquely sculpted and signed by hand. Through this gesture, I attempt to subvert contemporary expectations of consumption and exchange. Today, when we buy a product, we know exactly what we are getting—products are infinitely and precisely iterable, and any given object is guaranteed to be exactly like its brother. Capitalism is a culture of wide applications, of the generic, and of one-size-fits-all. These espresso sets upend expectations by offering the user a surprise—you will not know exactly what you will get. In addition, to challenge market assumptions about normative “households”—always divisible by two, the basic unit, a “couple”—these sets are available exclusively in odd numbers.

This collection encompasses a video work where I explain the making of the coffee cups. I didn’t drink coffee for many years prior to moving to Italy. I was healing and rebuilding my body after experiencing chronic fatigue, so it was important to stay coffee free until I regained my natural energy. When I moved to Italy I began drinking small quantities of coffee again. This collection of a simple coffee cup tells the story of how I first began working in Nove, my grandfathers hometown — a town famous for ceramics for hundreds of year. My projects is Italy all started with a cup –  and as part of the installation, I would like to invite the visitor to be inspired by this material as well. Each person is invited take some clay from the pile and form their own coffee cup. The cup will be glazed with a simple transparent glaze and available for pickup the following week.

The limited edition cups I have created in 2021 are sold out. Coffee cups of 2022 will be available later this year.

Mark Pendergrast, Uncommon Grounds: The History of Coffee and How it Transformed Our World, ebook (New York: Basic Books, 2010), 30-36 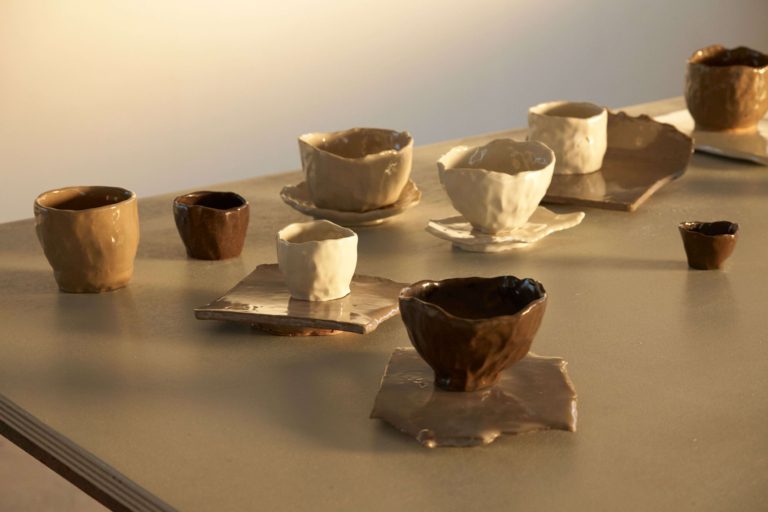 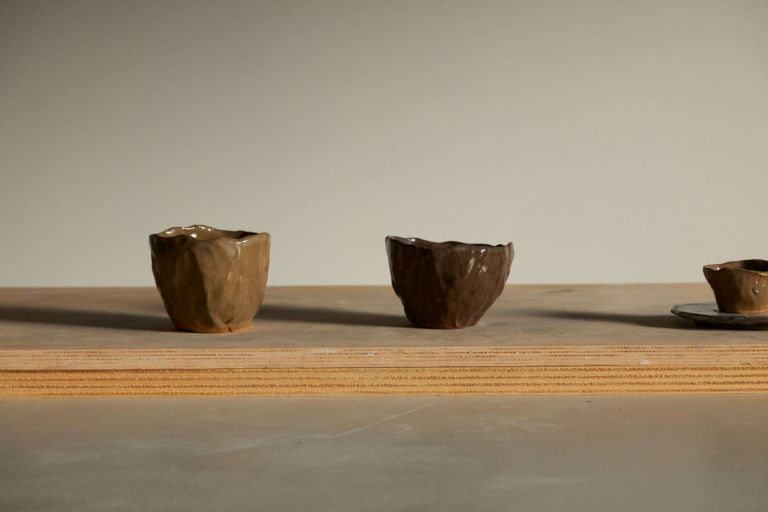 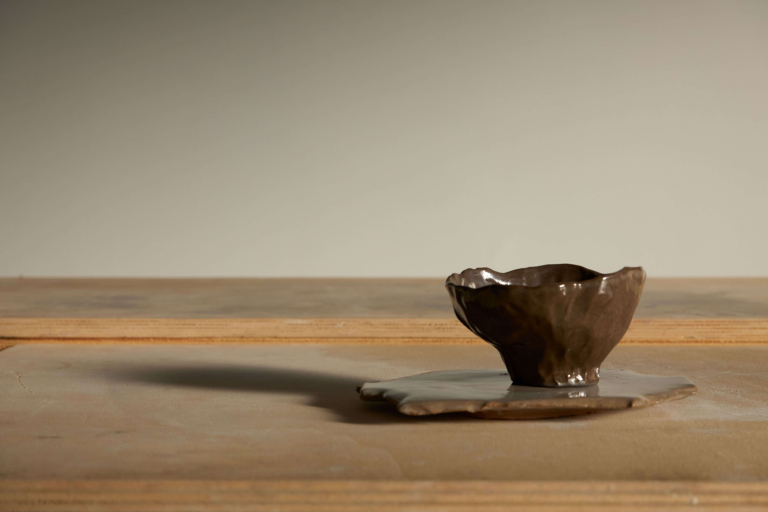 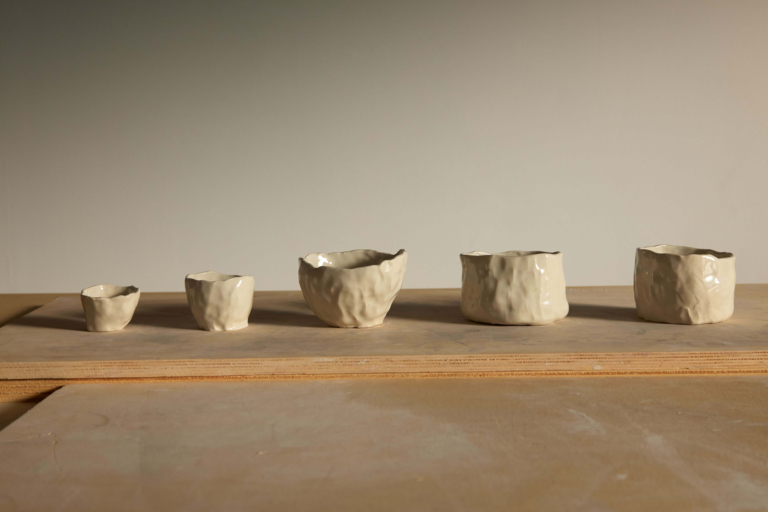 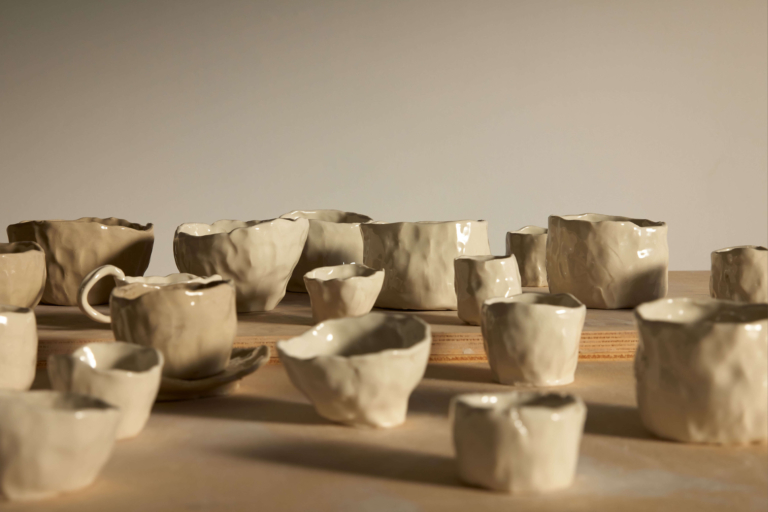 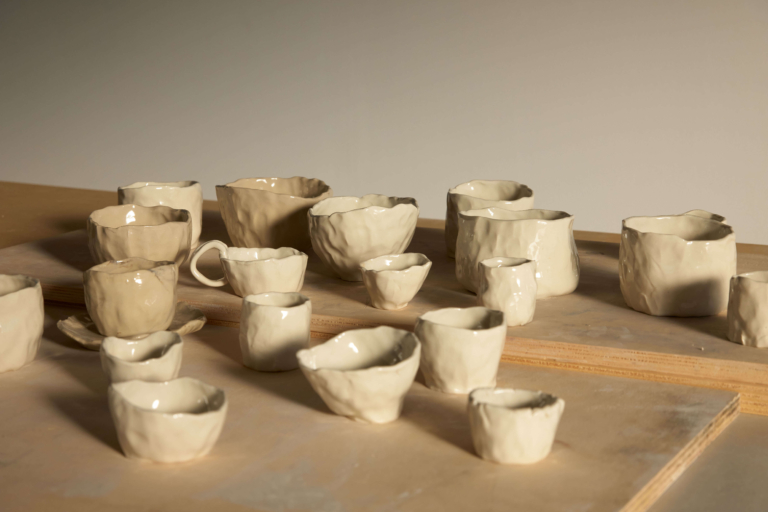 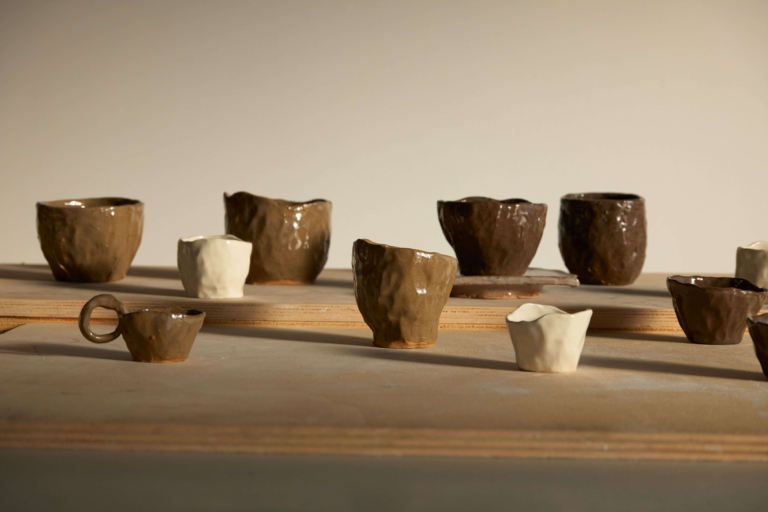 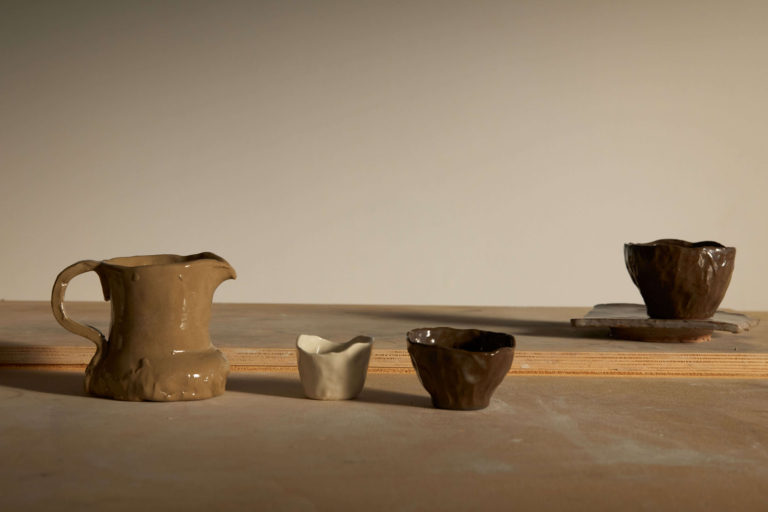 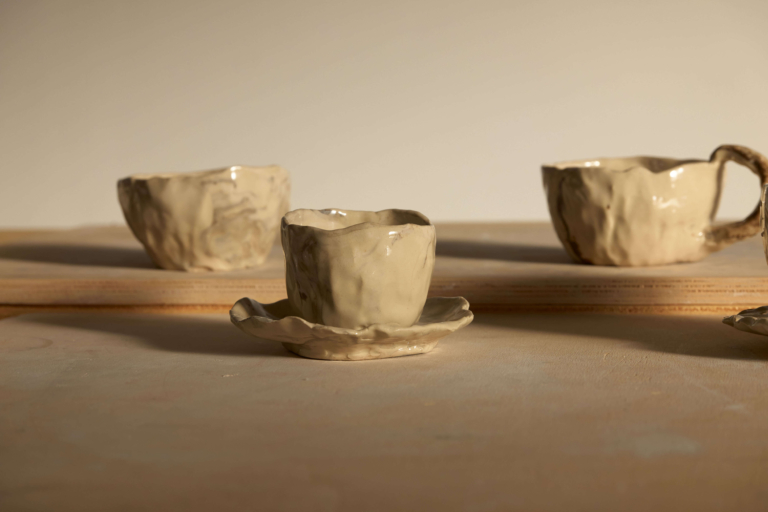 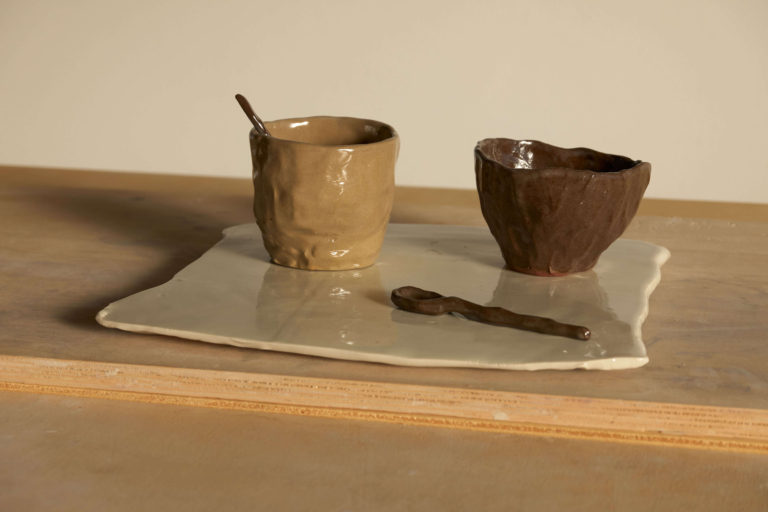 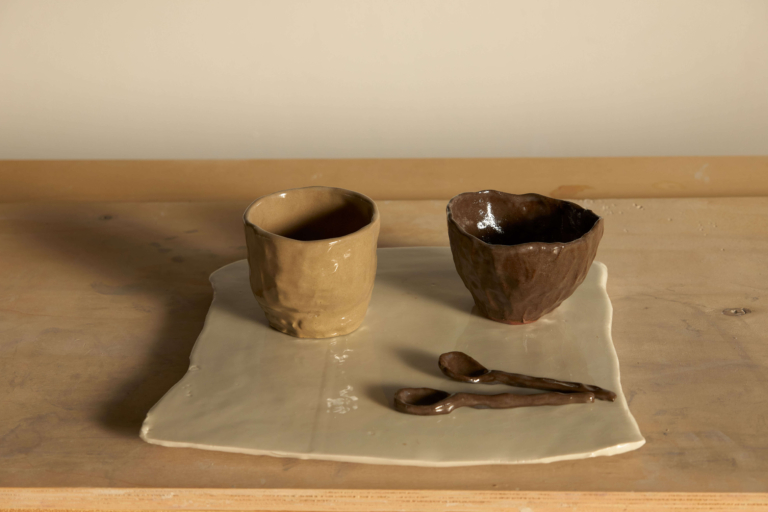 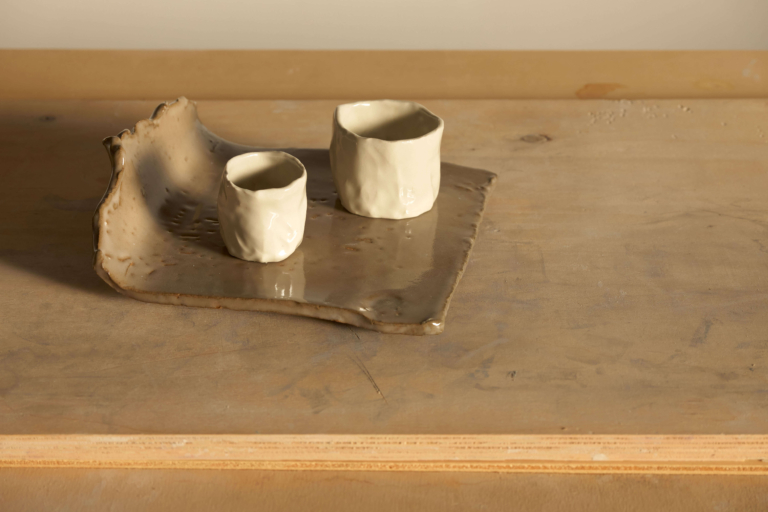 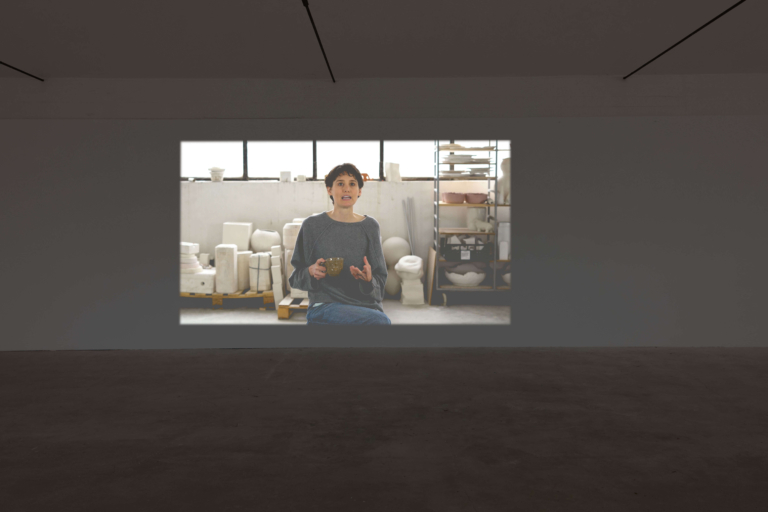 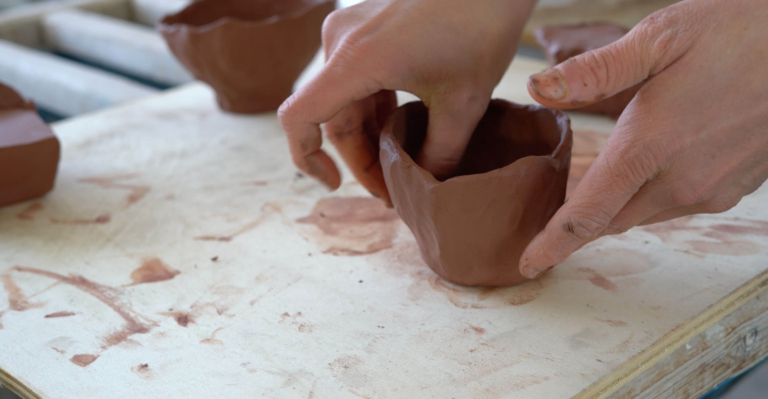 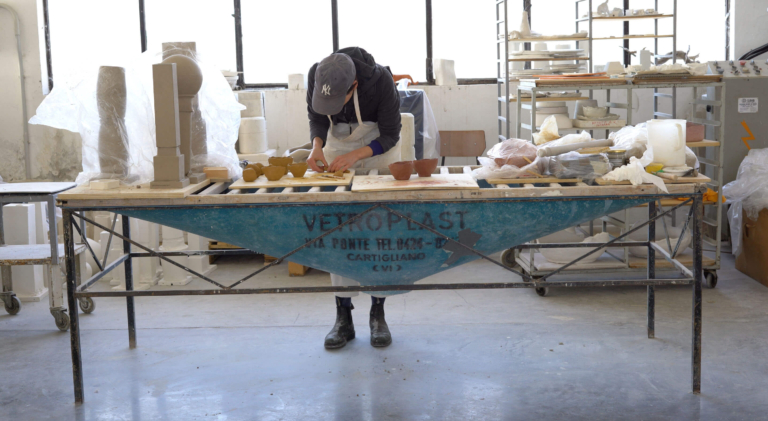 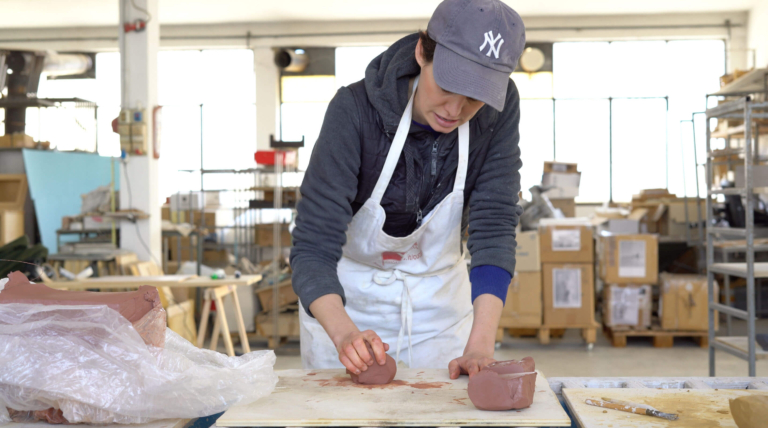 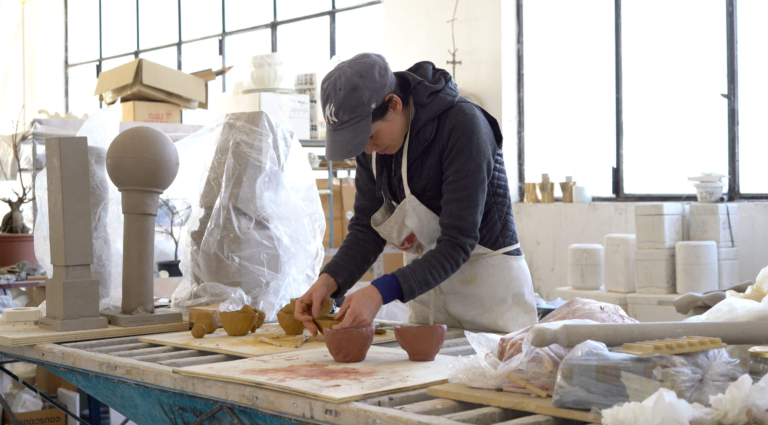 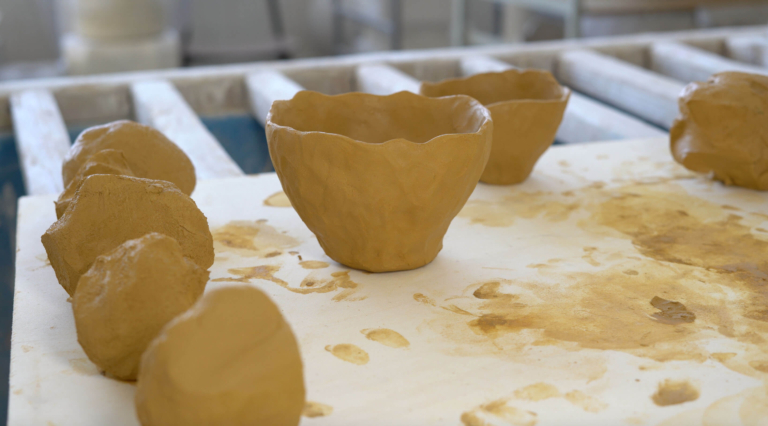 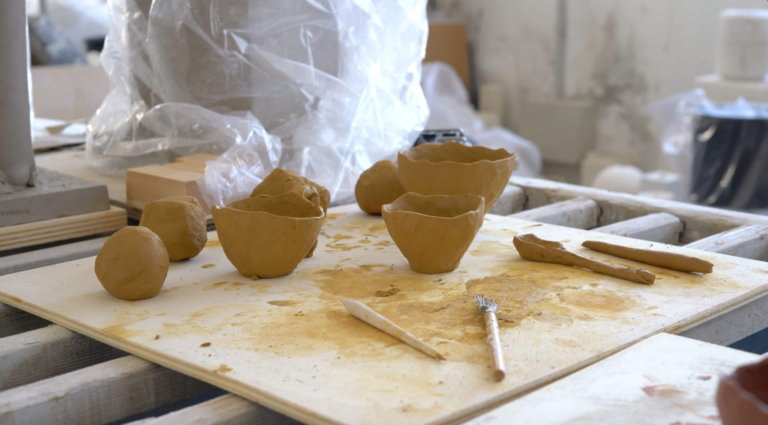 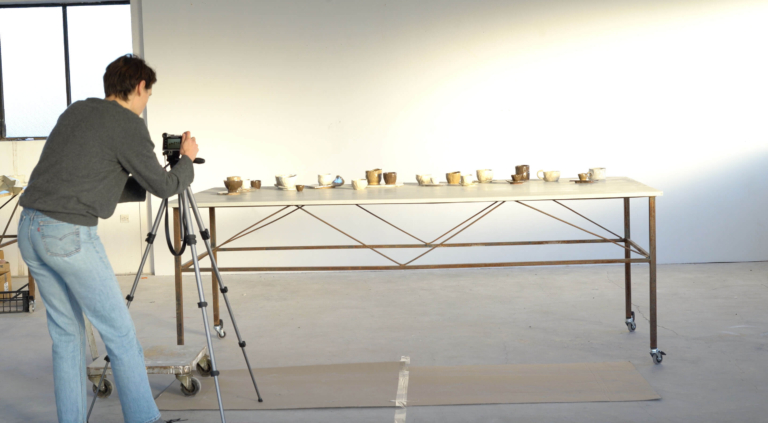 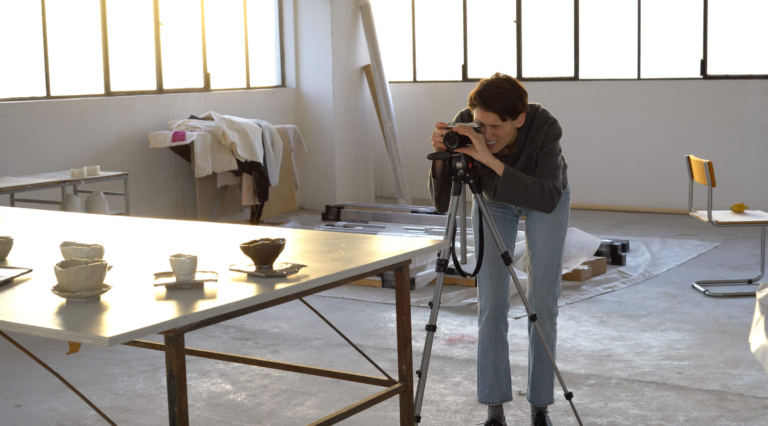 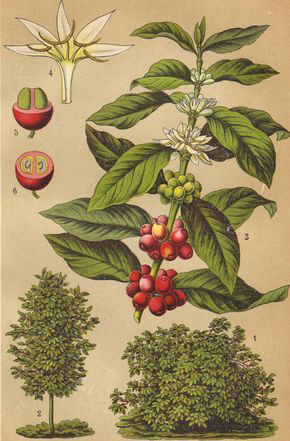 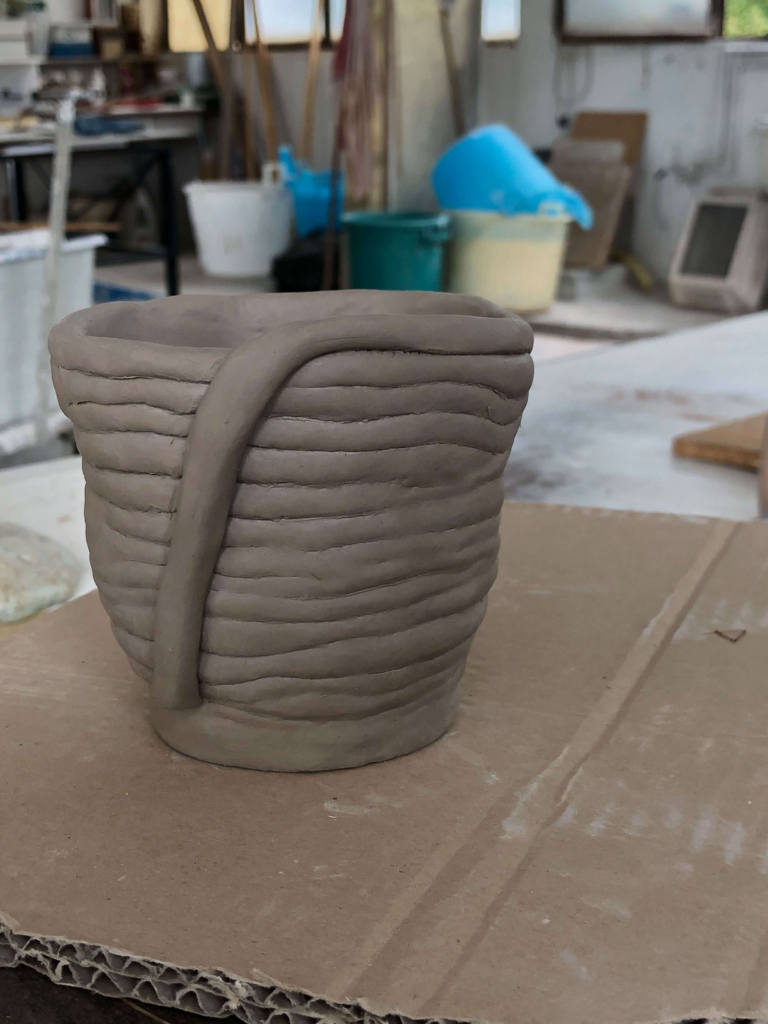